From humble beginnings in his family's garage to CEO of one of the world's largest tech companies, Steve Jobs revolutionized personal computing, music, photography, apps, and countless other industries and facets of technology. He brought us the Macintosh, iPhone, iTunes, and more. Most importantly, he gave us a glimpse at what can happen when human creativity meets technology—and he put that magic into the hands of many.

Take a look at some of the other articles and artifacts from CHM.

Steve Jobs: From Garage to World’s Most Valuable Company

Explore the online exhibit that traces Jobs’ life from his youth building "Blue Boxes" with partner Steve Wozniak —devices that allowed its user to make free telephone calls—to head of the world’s biggest company. The exhibit features rare footage of Jobs from 1980 speaking about the early days of Apple. “We had no idea what people would do with these things,” Jobs says in the video, describing the 1977 Apple II computer that launched Apple into a major technology company.

Explore Steve Jobs: From Garage to World’s Most Valuable Company

As part of the iPhone 360 Project, in collaboration with the Museum’s Senior Curator Dag Spicer, Internet History Program Curatorial Director Marc Weber, and the Center for Software History‘s Director David C. Brock and Curator Hansen Hsu, CHM  launched a new exhibit that explores the technology, history, and business and social impact of the revolutionary device. While the 30-foot-high graphic display can be viewed in the Museum’s lobby, we are pleased to share the content from the exhibit below with all of CHM’s virtual visitors.

Read New iPhone Exhibit Celebrates the “One Device that Changes Everything” 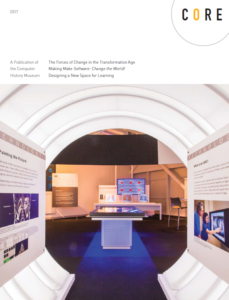 On January 26, 2014, CHM released this never-before-seen video of the first public showing of Macintosh. Thirty years ago, on January 30, 1984, Steve Jobs came to Boston to introduce his groundbreaking new computer to members of the world’s largest personal computer organization.

For fifteen years photographer Doug Menuez documented the efforts of a secretive tribe of engineers, entrepreneurs, and venture capitalists in Silicon Valley as they created technology that would change our culture, our behavior, and challenge what it means to be human.

The Deep History of Your Apps: Steve Jobs, NeXTSTEP, and Early Object-Oriented Programming

Since 2008, over a hundred billion apps have been downloaded from Apple’s App Store onto users’ iPhones or iPads. However, the technology and tools powering the mobile “app revolution” are not themselves new, but rather have a long history spanning over thirty years, one which connects back to the beginnings of software engineering and object-oriented programming in the late 1960s. The manual of the Apple-1, aimed at hobbyists, contained the computer’s complete wiring diagram and listed the monitor software source. Ronald Wayne, co-founder and briefly a 10% owner of Apple, drew its short-lived logo featuring Isaac Newton. Look inside! Steve Jobs (left) and Steve Wozniak (right) met in a friend’s garage in the late 1960s. The two of them bonded over their shared interest in electronics and practical jokes. Photograph by Joe Melena. Steve Wozniak designed the Apple II in 1977. The self-contained unit housed electronics, keyboard and power supply, with the BASIC language in permanent memory. A TV served as the display. The floppy disk drive (1978) and spreadsheet program VisiCalc (1979) made it a blockbuster. CHM Collection 102626726 In 1986 Jobs bought the computer graphics division of Lucasfilm, renaming it Pixar. Pixar had started as a manufacturer of high-performance graphics hardware. Its main product was the Pixar Image Computer, a rendering engine for animation. While the computer was technically sophisticated, its high cost (about $130,000) made it appealing only to well-funded customers such as advanced medical research institutions and government laboratories. There was one exception: Disney. The legendary studio bought several dozen of the systems for use in animation. CHM Collection 102621974 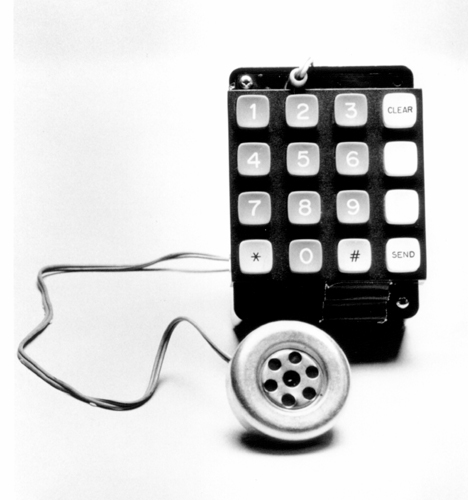