It opened a whole world to me.

On December 9, 2021, the Computer History Museum celebrated Lillian Schwartz for her pioneering work at the intersection of art and computing. During a long and productive career, Lillian created an extraordinary series of art films with early computer animation technology. The fourth and final Fellow to be honored this year, she joins a distinguished group of tech pioneers who have been inducted into CHM’s Hall of Fellows.

The virtual program was kicked off by CHM President and CEO Dan’l Lewin, who gave a preview of the remarkable "digital twin" of CHM being developed by headline sponsor Accenture. Joined by CHM trustee and cohost Andy Cunningham, founder of Cunningham Collective and Zero1, the inspiring event that showcased Lillian's significant contributions to art and computing.

Enjoy some highlights from the show!

In the 1960s, computers were primarily used by large corporations and few people had ever seen one. In the art world, artists were exploring new mediums and techniques, and Lillian Schwartz was part of a community of both artists and technologists. Her multimedia, interactive sculpture Proxima Centauri was exhibited in 1968, in a now famous Museum of Modern Art exhibition, The Machine as Seen at the End of the Mechanical Age.

At the exhibit opening, Lillian met Leon Harmon, a scientist at Bell Laboratories, who invited her to come to the lab to try out a graphics program. She did, and then stayed for a decades-long residency. At Bell Labs, IBM's 7094 mainframe was being used to create two dimensional art, computer animation, and computer-generated music. Lillian worked with computer scientist Ken Knowlton to make software to express her creative vision, and her art films of the 1970s were shown widely in museums to great acclaim.

Months of painstaking work, including hand-painted imagery, resulted in just minutes of a computer animated film. Here's an excerpt from Lillian's 1970 film, Pixillation, with music by Gershon Kingsley.

Moving Image from the Collections of The Henry Ford.

A masterpiece of odd geniuses.

What we now know as computer art began with Lillian, says Dr. Zabet Patterson of Stony Brook University, who wrote a book on Bell Labs and the origins of computer art. She describes how Lillian was dazzled by the computers' arrays of flickering lights on her first day at Bell Labs.

Lillian experimented with combining elements of painting and computer graphics and she also wrote programs and created editing techniques and color filters. She invented new ways of analyzing and generating images, and her "ingratitude" for existing technology challenged engineers and scientists to push the boundaries of the possible. Her films and graphics remain foundational works, collected by renowned art museums around the world.

Even before she went to Bell Labs, Lillian had used novel materials in her work, particularly her sculptures. Her curiosity compelled her to learn the traditional method and then "push the medium," and it was this interest in experimentation that led her to technology.

Distinguished curator and video and media art expert Barbara London worked at MOMA for three decades and has known Lillian since the 1970s. She offered a tribute to Lillian's ingenuity and noted how she navigated the exciting and constantly evolving terrain of digital art at a time when computers were the size of a room and existed in an almost exclusively male domain. "Lillian has managed to make breakthroughs with every medium she has ever handled," London said, and in doing so expanded others' perceptions and knowledge of the world.

Lillian's life and career is all the more remarkable considering her serious physical challenges and the bigotry and sexism she faced.

Born in Cincinnati, Ohio, in 1927, Lillian was the youngest of 13 children. Hardship forced them to work at a young age, and they were subjected to anti-Semitic attacks, but Lillian created art however she could, even sculpting with bread dough. She became a US cadet nurse, and she and her husband, a doctor, were stationed in Fukuoka, Japan, after World War II, where she contracted polio.

Legendary programmer and CHM Fellow Ken Thompson, a colleague of Lillian's at Bell Labs, presented the award. The two were also neighbors and first met when Ken went to investigate the model of Spock's brain Lillian was showing the neighborhood kids on Halloween. He recalled how she created a massive mobile from broken disc packs and magnetic tape at Bell Labs.

In her acceptance speech, Lillian thanked the scientists who helped her make the computer a tool for her art.

Anadol believes that anything we can compute or quantify, including wind patterns and Wi-Fi signals, can become a pigment for an imagined work. In this way, says Luebke, the artist acts like a curator, thinking about the specific data to collect and use. It's very similar to creating a training set for artificial intelligence, and inspires engineers to build new tools for artists. Watch the video below from 7:58 to see what Anadol has created with Nvidia's StyleGAN.

Collaborations between humans and machines will continue to multiply opportunities in art as well as many other fields of endeavor. Inspired by the courage, curiosity, and creativity in which Lillian Schwartz embraced new tools and new ideas, we can look forward to our changing technological future.

And, we can take to heart her one word of advice: "Experiment." 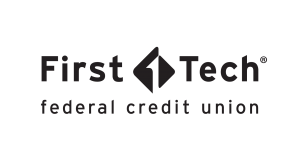