I learned that if you throw kids in the deep end of the pool they do learn to swim, and then they wind up doing more than you—and they—think they can do.

Speaking from an astonishing “digital twin” of CHM developed by headline sponsor Accenture, the virtual program was kicked off by CHM President and CEO Dan’l Lewin. Joined by CHM trustee and cohost Nancy Duarte, founder and CEO of Duarte, Inc, what followed was a remarkable event that illuminated Andy’s significant contributions in computing history, explored how his work has manifested in our digital present, and looked ahead to the future.

Enjoy some highlights from the show!

Andy's greatest impact may be as an educator, for he's exerted untold influence on thousands of artists, technologists, and visionaries.

Norm Meyrowitz began working with Andy when he was a freshman and continued on for another 44 years. “Teaching is the noblest profession,” sums up Andy’s principles, he said, and his main interests are “information, creativity, ubiquity, ease of use, and social responsibility.” Andy also strongly believes that people must be active and not passive recipients of information. In that vein, Meyrowitz related how, after Steve Jobs demonstrated the yet-to-be-unveiled Macintosh Computer, Andy irritated the Apple cofounder by asking why it wasn’t networked.

CHM Fellow Ed Catmull, cofounder of Pixar and Andy’s friend, also offered a tribute. He hired many of Andy’s students and appreciates Andy’s cofounding and leadership of ACM SIGGRAPH, the international Association for Computing Machinery's Special Interest Group on Computer Graphics and Interactive Techniques, that he says is "very dear to my heart."

The Education of An Educator

Longtime colleague, Ed Lazowska, a distinguished computer science professor at the University of Washington, spoke with Andy about the formative life experiences, early career choices, and commitment to mentoring that make Andy so exceptional.

Andy’s scientist father moved the family to Indonesia for a new job in 1939, when Andy was only a year old. When World War II began and the Japanese invaded, Andy and his mother were separated from his father in different concentration camps for three years. After the war, the family was eventually repatriated to Holland and later emigrated to the US, where a young Andy found his calling in computers.

Impressed by Brown University’s focus on undergraduate teaching, Andy became a professor there in 1965. At the time, computer science was new and didn’t get much respect from the traditional academic disciplines. Interactive graphics, which had hooked Andy, was even more of an outlier. But the field has grown exponentially and he hasn’t looked back, delving into “what you see is what you get” document editing, hypertext, digital humanities, tablet computing and more. With his passion for teaching, he’s influenced thousands of students, giving even undergraduates incredible opportunities that changed the course of their lives.

He was a demanding teacher but he was always fair, and he inspired me, he challenged me, but most of all he believed in me.

Andy’s former student Brad Silverberg, who was later recruited to Microsoft by Bill Gates to lead Windows and then became a venture capitalist, attests to the inspiring sense of community Andy created in the computer science department as he and his students explored new frontiers together.

Former student, Ingrid Carbom, who went on to be a director at Bell Labs, taught at Uppsala University, and founded an AI-based cancer diagnostic tool, found Andy’s research group to be “an oasis in the traditional, male-oriented hierarchical university environment.”

CHM Fellow John Crawford, Intel software engineer and computer architect, presented the award to his former professor, who he credited with hooking him on computer science and providing early experiences with software development.

Andy acknowledged his own mentors: role models of invention, impact, and humanity. He found inspiration in his parents, who taught by example “what real perseverance looks like in the face of unfathomable trauma, heartache, and hardship.” And, he noted the outsized role of happenstance in shaping his life and advised young people to be open to what life delivers.

A Legacy of Technology

Former student, Academy Award winner and Adobe Fellow David Simons shared stories about participating in skits as a “humor TA” that helped to bond the student community and noted that Andy is known for his “rib-crushing hugs.” He explained that when he became head TA in the late 1980s, the previous year’s leaders passed down not only details on how to run the class, but advice for working with the legendary professor, including Andy's four commandments:

Simons and fellow students, applying what they learned from Andy, created After Effects in 1993, and it’s still the leading motion graphics tool today, ubiquitous in television and movies.

Creating with tools pioneered by Andy.

Andy has been raising concerns about data privacy, monetization, and misinformation in his classes for years. Tech and society thought leader danah boyd (a former student) and Chief Scientific Officer at Microsoft Eric Horvitz joined McKinsey Global Institute director James Manyika to discuss the most pressing issue for tech and society.

Eric Horvitz’s primary concern is malevolent uses of artificial intelligence, including AI-empowered persuasion and propaganda, as well as the creation of false impersonations, or deep fakes, to mislead.

danah boyd focused on the idea that technology has power and is not neutral. A key ethical concern is to ensure that tech does not bake social inequities into our systems, including our economic system as James Manyika noted. The people impacted must be included in decisions but the tech industry’s focus on blitzscaling means that, in boyd’s words, “you bulldoze over people.”

Given the ethical issues involved with trying to balance the promise and perils of tech, how should we educate the next generation of computer scientists?

Panelists discuss how to educate the next generation of computer scientists.

Visions For the Future

Near the end of the program, the artists showed their final work. In Gio's piece, humanity is protectively holding the orb of earth, encircled by a ring representing the technology that flows through all of us and the planet. 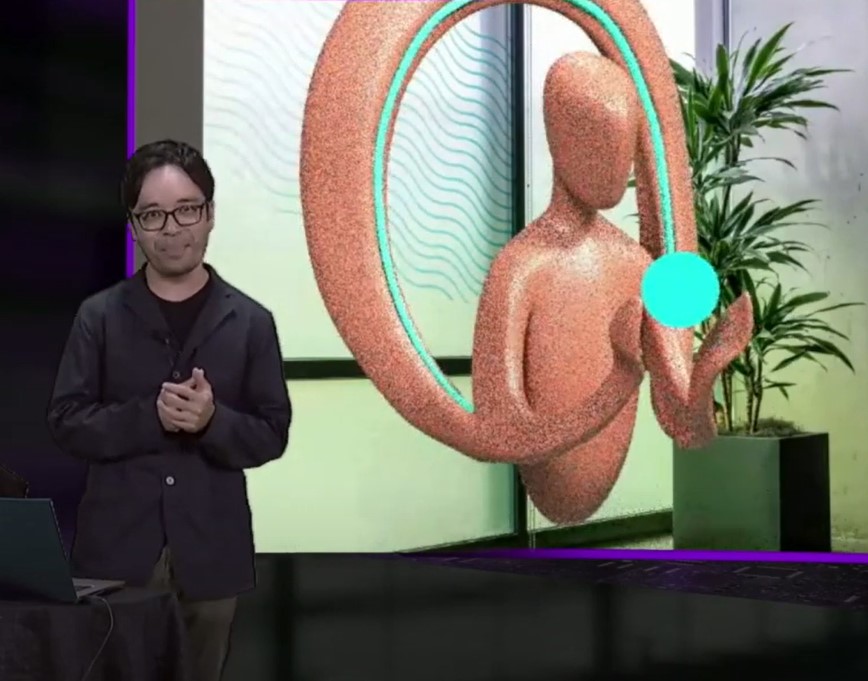 Estella painted a lotus, symbolic of optimism and hope that technology can help humanity emerge from this dark time of a global pandemic and contribute to solutions for climate change. 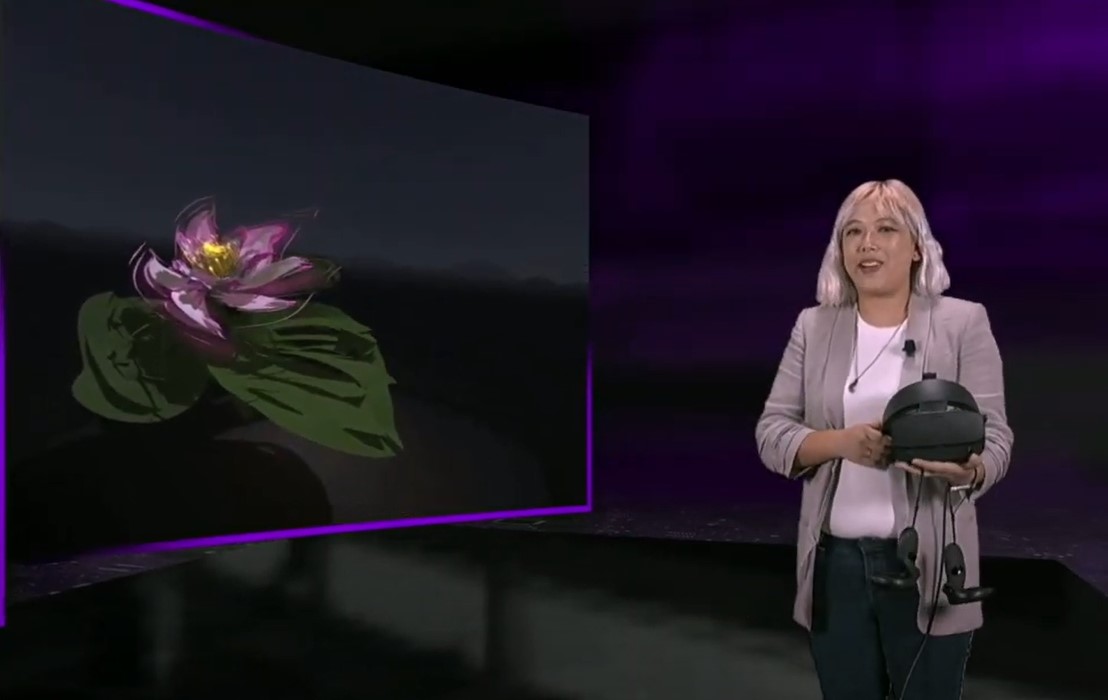 Concluding the event, videos submitted by a variety of people reflecting on the creation and use of technology now and into the future provided a heartening and positive display of humanity empowered. It was a final, fitting tribute, to a consummate educator and visionary: Andy van Dam.

Lillian F. Schwartz: For her pioneering work at the intersection of art and computing.