Someone Else’s Computer: The Prehistory of Cloud Computing 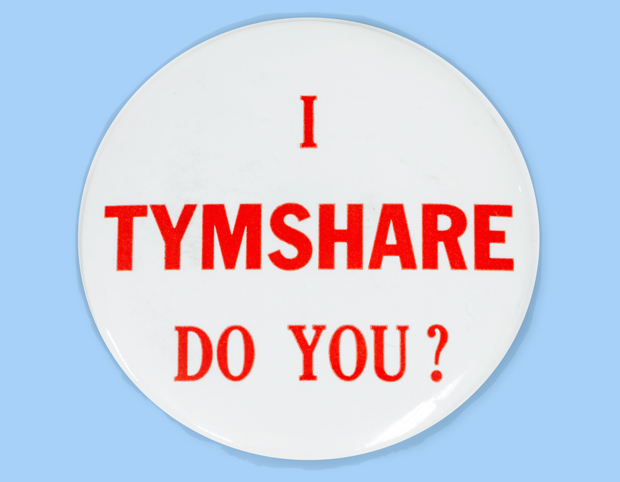 Collection of the Computer History Museum, 102657460. Photo by Mark Richards.

“There is no cloud,” goes the quip. “It’s just someone else’s computer.”

The joke gets at a key feature of cloud computing: Your data and the software to process it reside in a remote data center — perhaps owned by Amazon, Google, or Microsoft — which you share with many users even if it feels like it’s yours alone.

Remarkably, this was also true of a popular mode of computing in the 1960s, ’70s, and ’80s: time-sharing. Much of today’s cloud computing was directly prefigured in yesterday’s time-sharing. Users connected their terminals — often teletypes — to remote computers owned by a time-sharing company over telephone lines. These remote computers offered a variety of applications and services, as well as data storage. The key to such systems was the operating system, built to rapidly switch among the tasks for the many users, giving the illusion of a dedicated machine.

The pioneering firm Tymshare produced the button shown above along with the largest commercial computer network of its era. Called Tymnet, it spanned the globe and was by the late 1970s larger than the ARPANET. Compare this schematic of Tymnet, detailing all of its nodes, with the sparser schematics of the ARPANET [PDF] from the same era. By 1975, Tymshare was handling about 450,000 interactive sessions per month.

Ann Hardy is a crucial figure in the story of Tymshare and time-sharing. She began programming in the 1950s, developing software for the IBM Stretch supercomputer. Frustrated at the lack of opportunity and pay inequality for women at IBM — at one point she discovered she was paid less than half of what the lowest-paid man reporting to her was paid — Hardy left to study at the University of California, Berkeley, and then joined the Lawrence Livermore National Laboratory in 1962. At the lab, one of her projects involved an early and surprisingly successful time-sharing operating system.

In 1966, Hardy landed a job at Tymshare, which had been founded by two former General Electric employees looking to provide time-sharing services to aerospace companies. Tymshare had planned to use an operating system that had originated at UC Berkeley, but it wasn’t designed for commercial use, and so Hardy rewrote it.

Even after she was finished and Tymnet was up and running, people at the company continued to believe that her husband, Norman Hardy [PDF], had actually written the program. Right after her daughter was born, Tymshare cofounder Dave Schmidt asked Norm for a modification, Ann Hardy recalled:

Well, at that point, Norm needed to tell them, “I don’t know anything about the operating system. I’ve never looked at the code.” And so that was the day [it] finally sunk in that I actually was the only person who knew the code. And so at three o’clock in the afternoon, this is the day my daughter was born . . . my phone rings. It’s Dave Schmidt. He says, “I’ve got to get this enhancement into the operating system right away. Would you mind if I bring a teletype over to the hospital?” I said, “No, thanks. I’ll be home in a couple days. That’ll be soon enough.” Scientific Data Systems (SDS), which produced the computers used by Tymshare, eventually included Hardy’s operating system with its other time-sharing products.

After several years, Hardy became a vice president at Tymshare, responsible in the main for developing applications for its customers, such as online banking and travel reservations. She also dealt with computer security, as some of the network’s users tried and often succeeded in intentionally crashing the Tymshare computers.

In 1984, the company was acquired by McDonnell Douglas, and a few years later the Tymnet network was sold off to British Telecom, continuing to operate until 2004. Hardy left not long after Tymshare’s acquisition, and she went on to cofound two computer security companies. Looking back on her long career, Hardy said that, despite the sexism and unfair compensation, “it’s just been amazing…. I was very, very lucky and asked the right people the right questions at the right time.”

Part 1 of Hardy’s three-part oral history with the Computer History Museum deals with her years at IBM and Tymshare. ..

The transcript of the interview is available on the museum’s website.