I was getting ready for a much anticipated day off from my job in Silicon Valley recently when I turned to Gmail’s out-of-office feature to write a note: “I’ll be out of the office until . . . ”

I had to laugh. It was one of those dark-humor-during-the-pandemic moments. I’ll be out of the office until who knows? Forever? Twitter just told its workers that they could work from home indefinitely.

Google says workers will be off-campus at least for the rest of the year. Facebook followed by saying its employees could also join the homebound workforce for good and that it stood to save a bundle in the process.

"We're setting a date for Jan. 1 for when you either need to move back to where you were, or tell us where you are and we'll basically adjust your salary to your location at that point," Facebook founder and CEO Mark Zuckerberg said, according to CNN.

Zuckerberg also said there would be “severe ramifications” for people who are not honest about where they are living and working and that the company would begin an aggressive effort to hire outside of Silicon Valley.

So, first let’s be clear about this new fascination with working from home among tech executives: This is not about COVID-19. This is about reducing payroll. The pandemic has just proven to executives that workers can remain productive no matter where they are working.

And second: These proclamations do not mean the end of Silicon Valley or even the iconic series of tilt-up-studded Silicon Valley office parks, despite the predictable flurry of think pieces saying the Valley will no longer be a geographic center of innovation.

Thinkers have been saying the Valley would disappear in a spasm of distributed workforces since at least the 1980s, when I moved here. Then, the move of chip manufacturing to Asia was the eye-opening event. Next came the dotcom bust, which took tens of thousand of jobs with it. Then and now rising housing prices and stubbornly low inventory were also reasons Silicon Valley workers were going to scatter across the country and around the world.

And today the pandemic. I don’t want to be placed in the category of those underestimating the severity of the outbreak of COVID-19. And I know there is much we don’t know about the course of the disease and our economy. But I do believe science will conquer the virus. There will be a vaccine. And when there is, we will return to a life approaching normal. Will we be changed? Of course. We will shop differently and educate our children differently. We will enjoy each other’s company more deeply. We will be more grateful for our good health.

And we will work differently. For some of us that will mean working from home more often. It’s even likely that more people will work from home than did before the pandemic. But not everyone. Not even most people. Especially in Silicon Valley.

Early Intel and Apple PR guy Regis McKenna has often said that Silicon Valley is not a place, but a state of mind. Well, yes and no. It is a place and the place that it is, is vital to what Silicon Valley has become.

Why Silicon Valley is where it is has been a topic of discussion for decades. The consensus is that the narrow strip of land from San Jose to just south of San Francisco was the perfect stew for world-changing innovation. Reasons from the mundane—the world’s best weather—to the complex—ready venture capital, Stanford University, a relatively warm embrace of diversity and a Gold Rush mentality inherent in the California spirit—all played a role.

Cross-pollination and the spinoff of startups from legacy companies, starting with the Fairchildren and stretching to the PayPal mafia and beyond drove the momentum from semiconductor to personal computer to the internet to the harnessing of big data through artificial intelligence.

The Valley’s inhabitants recognize it as a physical place and memorialize its sacred temples—the HP Garage on Addison Avenue in Palo Alto, the original Fairchild building across town at 844 E. Charleston, Shockley’s original lab around the corner and down the street from Fairchild. They are all acknowledged with plaques marking their place in history.

Innovation is about creativity and creativity is not the solo act it sometimes appears. Innovation, in particular, is a team sport. Think company all-hands, hackathons, kanban stand-ups, and scrums. You want to talk about “DNA?” Collaboration is in the DNA of Silicon Valley.

Going back to the Fairchild Semiconductor days, engineers and entrepreneurs would trade ideas, techniques and resumes at places like Walker’s Wagon Wheel, located within a boozy stumble from Fairchild’s Mountain View headquarters.

Silicon Valley Owes its Existence to Gathering in Physical Places

Valley historian Michael Malone wrote about the role of the Wagon Wheel and other drinking spots in spawning Fairchild spinoffs.

“National (Semiconductor) was stealing Fairchild blind of its best employees. Every time one of the National (Semiconductor) defectors showed up at the favorite local watering holes, the Wagon Wheel, Chez Yvonne and Rickey’s, they’d be pelted by résumés from their old compatriots,” Malone wrote in his 1985 origin-story masterpiece, The Big Score: The Billion Dollar Story of Silicon Valley. 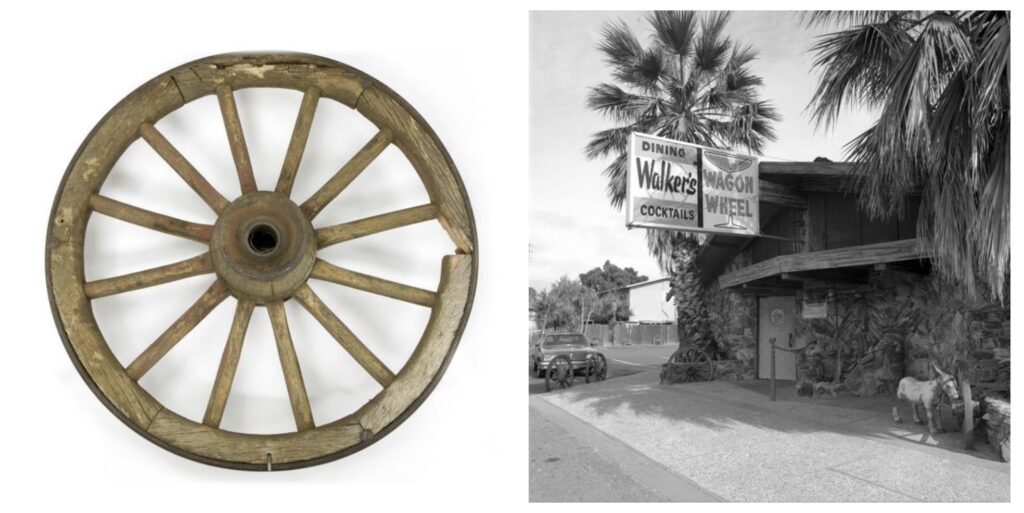 The same sort of thing happens today and not just on LinkedIn, but at trade shows, user groups, meetups—and yes watering holes.

Formally creating a work-from-home culture, with no office to call your own, is different, by a lot, from being sent home to work until the air clears. Stanford economist Nicholas Bloom has studied the effects of working from home on productivity and he is not convinced companies will continue to see the increase in productivity that they are reporting today.

“We are home working alongside our kids, in unsuitable spaces, with no choice and no in-office days,” Bloom, a senior fellow at the Stanford Institute for Economic Policy Research (SIEPR) said in a university news release. “This will create a productivity disaster for firms.”

Bloom said that choice and in-office days are crucial to a successful work-at-home strategy. He studied a Chinese travel company called Ctrip, which allowed 1,000 of its workers to voluntarily work from home. The nine-month experiment did result in higher productivity and a reduction in people leaving the company.

But there is more to the story. First, only half the 1,000 workers offered the arrangement took the company up on it. Second, the at-home workers were required to work from the office one day a week. Third, when the experiment ended and workers were offered the chance to make the arrangement permanent, only half the 500 workers wanted to, despite the group’s average daily commute of one hour and 20 minutes.

Humans are social beings. Workplaces help define us. Consider the typical Valley tech company (and many companies outside of the Valley) where lunch is catered and snacks and evening beers are shared regularly.

For better or worse, the Silicon Valley workplace becomes an extension of home. And while it’s hard to imagine that a highly skilled engineer or data scientist would accept a job because of a sleep pod, the Valley’s giants definitely use their campuses as recruiting tools.

And any conversation about evolving to even a majority work-at-home workforce, should acknowledge what’s going on, on the ground. Apple just opened its gleaming glass circular spaceship in Cupertino. The new headquarters was designed for 13,000 workers and cost $5 billion to build.

“We do have a shot at building the best office building in the world,” the late Apple cofounder Steve Jobs told the Cupertino City Council in 2011 when he announced the project. “Architecture students will come here to see this.”

For its part, Google is expanding its Mountain View campus and is starting work on a downtown San Jose complex that will rival a small city. Three years in the planning, Google’s San Jose campus will have six million square feet of office space (twice the space of the Empire State Building, the Wall Street Journal has noted), up to 500,000 square feet of hotel and retail space and up to 500 homes. The company has spent nearly half a billion dollars on the land alone, meant to accommodate 25,000 employees.

Google Has No Plans to Go to An All-Remote Workforce

Google CEO Sundar Pichai told CNET that the company had no plans to go all remote.

"In all scenarios I expect us to need physical spaces to get people together, absolutely. We have a lot of growth planned ahead," Pichai told CNET. "So even if there is some course correction, I don't think our existing footprint is going to be the issue."

And Facebook is not even two years past the opening of it’s Frank Gehry-designed addition to its Menlo Park headquarters. The sleek $300-million building, meant for 3,000 employees comes complete with “neighborhoods,” a town square, a main street and gardens. It is part of a $1 billion upgrade to the company’s headquarters.

“There is a sense of energy and connection in this building, and you see people collaborating,” John Tenanes, Facebook’s vice president of global facilities and real estate, told the Mercury News in 2018. “That is the signal we want to send recruits. We want them to get a feel for how work is done here.”

The campus is all about human-to-human connection.

“You see lots of gathering places, little neighborhoods, sort of spontaneous nooks where people can get together without reserving a conference room,” Janelle Gale, Facebook’s vice president of human resources, told the Mercury News when the building opened. “You see walking paths where people do meetings. We want places that give you head-down quiet space, but also spaces where there is more energy that provides you connections to colleagues.”

Gathering with colleagues in nooks and walking side-by-side during spontaneous brainstorms are admittedly a little hard to imagine as we go through our lives wearing face masks in public and washing our hands until they are raw.

In fact, there will come a time when workers will need to be together to connect on a meaningful level—and they will return to the office to do it.

Mike is lead storyteller at Signifyd, a Silicon Valley commerce protection company. He’s a former journalist who covered the distinctive culture of Silicon Valley for The Mercury News of San Jose.