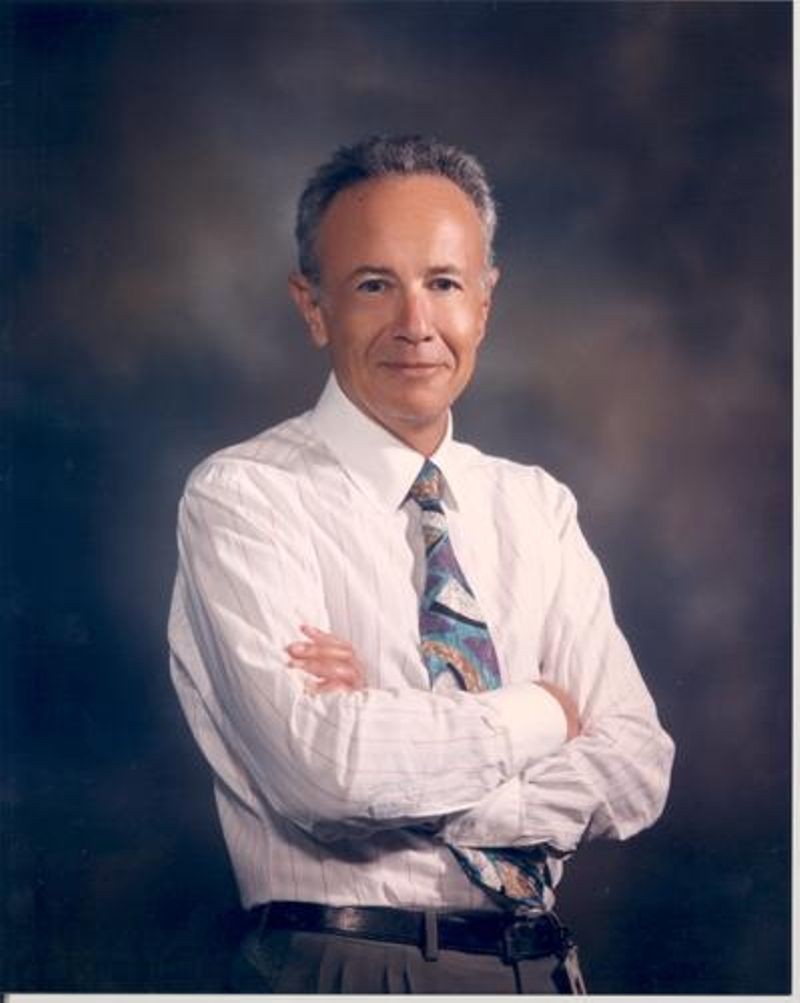 Andrew S. Grove was a seminal figure in the history of the semiconductor industry, and in the story of high-technology industry in Silicon Valley. He passed away on March 21st, 2016. Born in Hungary in 1936, Grove faced, and overcame, profound challenges: A Jewish child who survived German and then Soviet occupations, a young student with significant hearing loss, and a young man during the failed Hungarian Revolution of 1956. He treated the experiences of his early life in a memoir, Swimming Across.

Escaping from Hungary, he made his way to New York City where he earned a B.S. in chemical engineering from the City College of New York and where he met and married his wife Eva. He continued his technical studies at the University of California, Berkeley, where he earned a Ph.D. in chemical engineering in 1963 with a thesis on fluid dynamics. That year, Gordon E. Moore, then the director of the R&D Laboratory of Fairchild Semiconductor, hired Grove into this laboratory well on its way to a position at the very forefront of silicon electronics and computing. It was the start of a remarkable working relationship between Grove and Moore that would extend over the next three decades.

Grove quickly made a name for himself in the Fairchild lab, with his group tackling a longstanding problem that opened the way for silicon MOS technology, the primary line in silicon electronics to this day. In 1967, Moore and his fellow Fairchild co-founder Robert Noyce went to great lengths to keep Grove from a rival startup, making him the assistant director of the Fairchild lab. A year later, when Moore and Noyce decided to themselves leave Fairchild to establish a new startup of their own — Intel — Grove was their first recruit.

It was at Intel that Andy Grove made his best known contributions. With Moore as Intel’s technological strategist, and Noyce its consummate ambassador and public face, Grove quickly became the firm’s inside, operational force. If it fell to Moore to determine what to make, and to Noyce to convince the world of its worth, it became Grove’s job to actually make it. As Intel achieved successes — first in the microchip memory market, particularly with DRAM, and then in the commercial microprocessor business — Grove rose from VP and Director of Operations for Intel to its Executive Vice President. Gordon Moore took over as Intel’s CEO from the mid 1970s to the mid 1980s, working extremely closely with Andy Grove as the company’s COO.

During this time, Grove drove himself and his colleagues with an unsparing, clear-eyed, intensity, that shaped Intel’s corporate culture and business practices. While some practices like the ‘late list’ — a sign in sheet for those who arrived at Intel after 8am — were maligned, others became signatures of Intel culture that many tied to success, such as constructive confrontation of problems and highly quantitative management by objectives. Indeed, during this period Grove turned from technical pursuits to a deep engagement with management theory and practice, eventually publishing a series of influential books in the area: High Output Management, Only the Paranoid Survive, and (with Robert Burgelman) Strategy is Destiny.

Grove replaced Moore as Intel’s CEO in 1987, serving in this role until 1998, with Moore serving in this period as Intel’s Chairman thereby continuing the pair’s successful partnership. This was a period of extraordinary growth and success for Intel during a tremendous expansion in personal computing. Intel built and fiercely maintained dominant market share for the microprocessors at the heart of most of these computers, establishing the combination of Intel processors and Microsoft software known as “Wintel.” Grove’s strategic interest in the rise of the Internet and Web set the stage for another period of growth for Intel from the late 1990s to the present, in which Intel has maintained leading marke tshare for the microprocessors that power servers in data centers and networks. Grove was Intel’s Chairman from 1997 until 2005, when he retired after learning he had Parkinson’s Disease.

In retirement, Grove more actively engaged in issues around medicine and health care — key issues for him since his waging a high profile battle against prostate cancer in the 1990s — with his Grove Foundation. He also made a $26 million gift to the City College of New York, establishing the Grove School of Engineering. Grove received a great number of awards and honors, including the Medal of Honor from the Institute of Electrical and Electronics Engineers, membership in the National Academy of Engineering, and “Man of the Year” by Time magazine. With his wife Eva, he raised two daughters.

A comprehensive biography — Andy Grove: The Life and Times of an American — was published by Richard S. Tedlow in 2006.

Video of author Michael Malone at the Computer History Museum speaking about his book “The Intel Trinity” about Grove, Moore, and Noyce