You could build an organization, a team, or a product. Building is the best form of activism. You can make a difference. You can shape culture.

CHM Fellow Ray Ozzie stumbled across the future in 1974. His life's work has been bringing it to the rest of us.

Do you use LinkedIn, Facebook, mailing lists, Slack, or World of Warcraft? These are all online communities, and Ray fell in love with one of their most vibrant ancestors as a sophomore at the University of Illinois. PLATO had started as a pioneering educational system, but by 1974 was blossoming into a full-blown community with chat and multiplayer video games, plus email, discussion groups, and shared documents via a program called PLATO Notes. 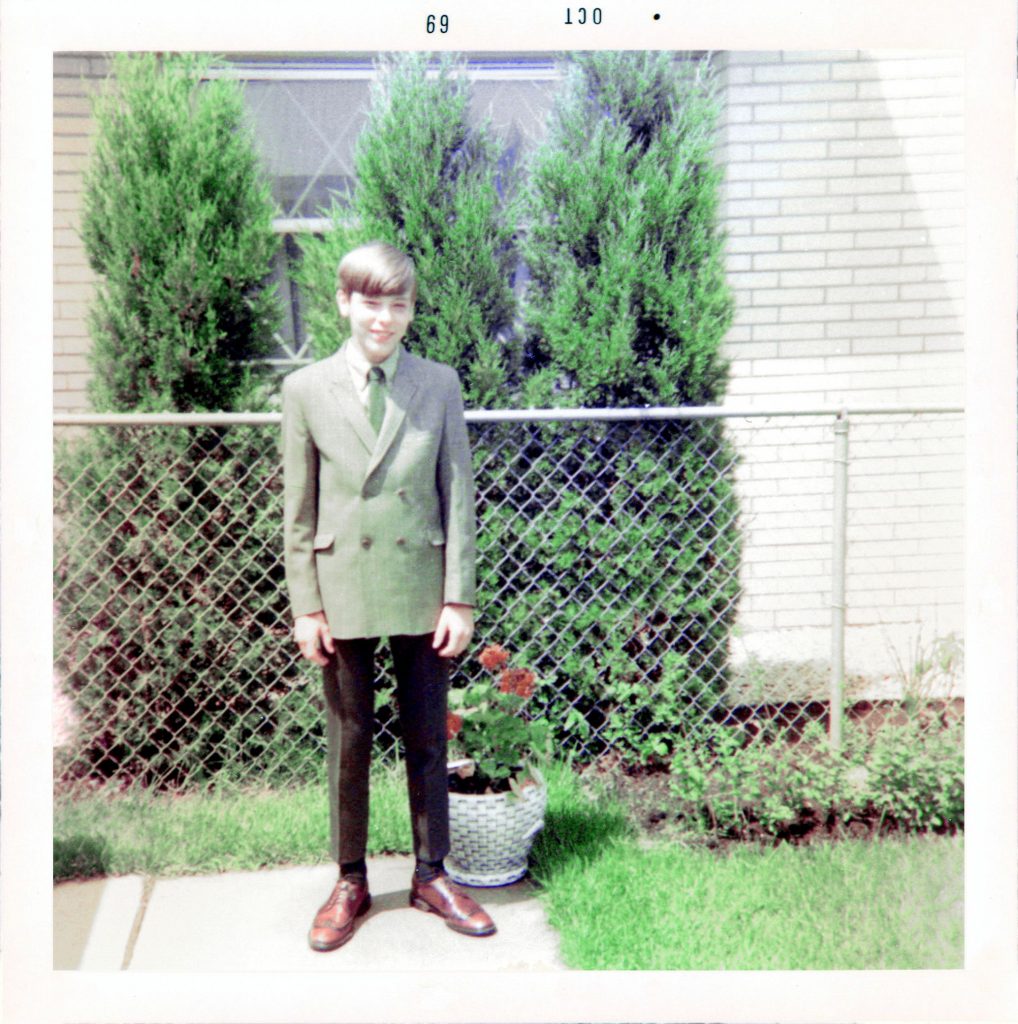 Ray in 1969, the year he started programming. He spent many childhood hours with his grandfather building and fixing things. In high school, a donated timesharing account hooked him on computers—as it did a young Bill Gates and Paul Allen. Credit: Courtesy Ray Ozzie 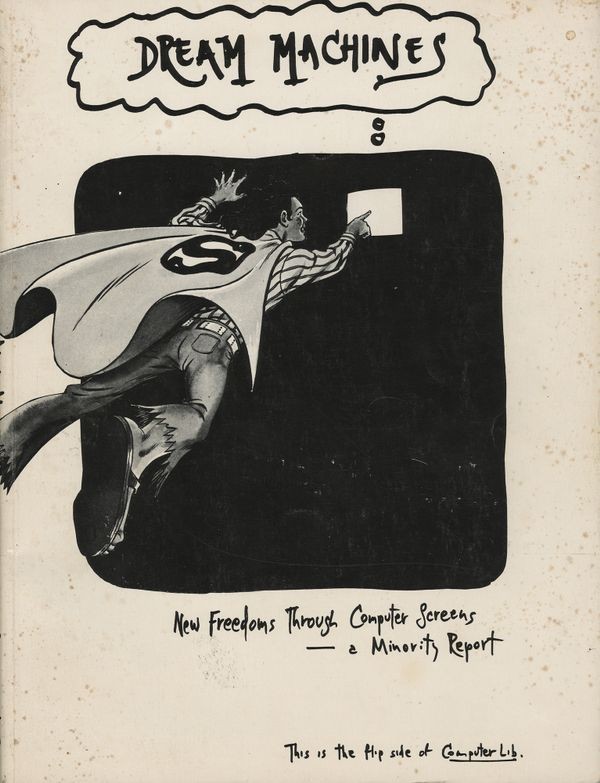 Dream Machines/Computer Lib, by Ted Nelson. In 1974 most computers were corporate, not personal. Dream Machines introduced Nelson's vision for a global hypermedia publishing system called "Xanadu." The literal flip side of the volume, Computer Lib, urged people to claim computer power for themselves. Ray described these and later works from Nelson as an inspiration. 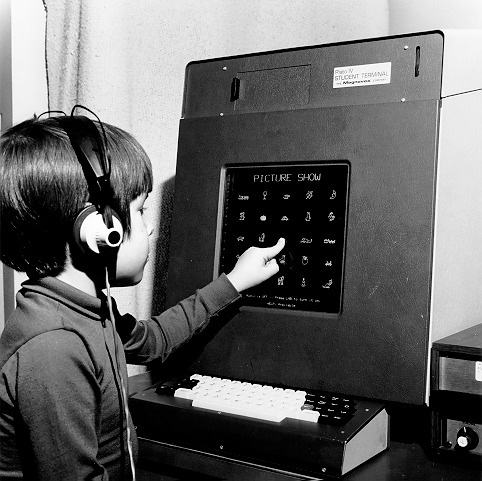 Unlike the primitive teletypes of most other timesharing systems, the thousand plus PLATO IV terminals featured crisp graphics on touchscreens, and even audio. These were developed for the system's primary purpose, computer-based learning. Users included children, college students, and adults doing professional education. Credit: Courtesy of Ray Ozzie 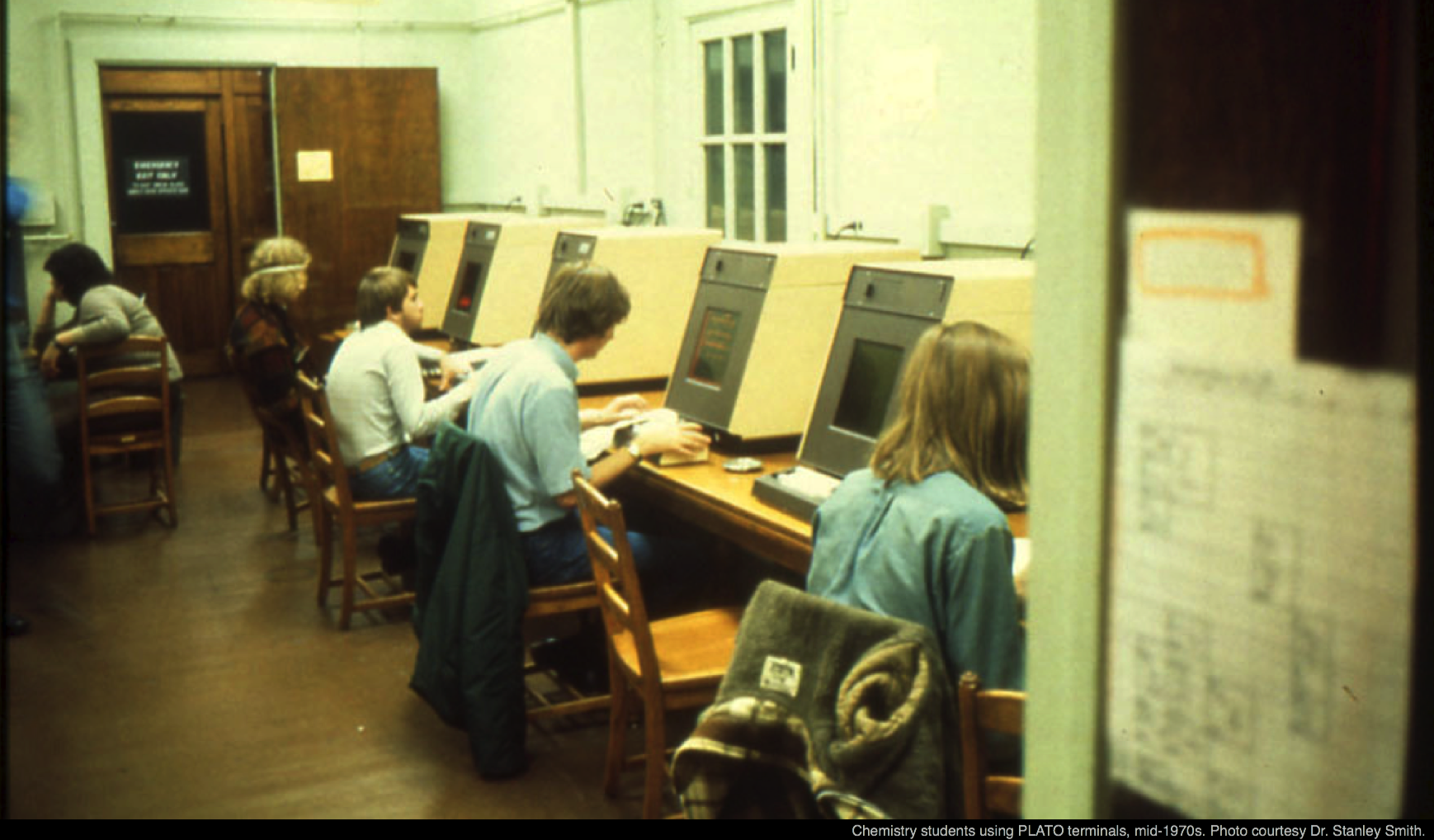 After 10 pm, PLATO traffic mostly switched from educational uses to graphical multiplayer games, vibrant online discussions and chat, and programmers improving the system itself. The central forum was PLATO Notes, created by David Woolley and Kim Mast, with both email and public discussion features. Talkomatic brought easy chat. Credit: Courtesy of the University of Illinois and Dr. Stanley Smith

After graduating, Ray worked at innovative minicomputer maker Data General. But he and college buddies Tim Halvorsen and Len Kawell were suffering serious PLATO withdrawal. The recurring topic of their evenings at Boston area pubs was how to port its features to other platforms. Their employers, all minicomputer makers, weren't interested. The result would become Lotus Notes, the defining “groupware” product used within large enterprises worldwide. Years before the web explosion, business users were introduced to core functions of PLATO's community: Email, discussion groups, calendars, chat, and to-do lists. When IBM absorbed Lotus in a hostile takeover, Notes was the prize. IBM pushed its users to $125 million worldwide. 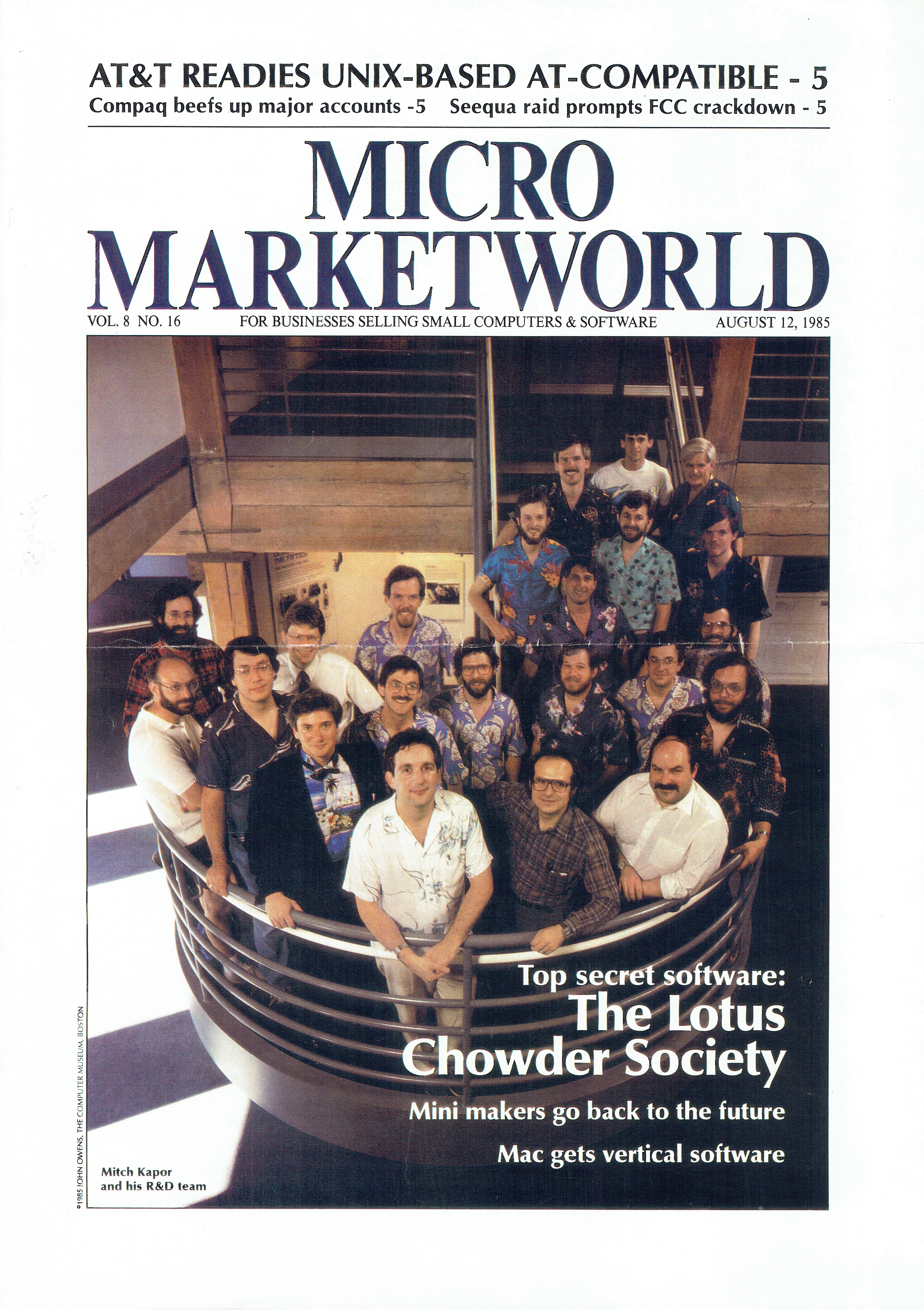 Lotus team, Mitch Kapor at front. Lotus gave Ray, Tim Halvorsen, and Len Kawell $1.2 million and the freedom to set up their own linked firm, Iris Associates. There they developed what became Lotus Notes. That semi-independence also gave them access to Lotus's rival Microsoft. Credit: Courtesy of Mitch Kapor 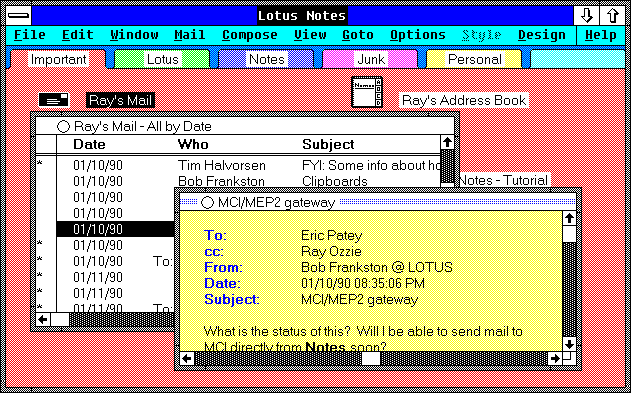 Collaboration over the Internet

Ray left to bring Notes-like features to the internet with Groove Networks. Decentralization was in vogue at the time, and Groove Networks was fully optimized for peer-to-peer operation, like Napster or modern torrents, using a version of blockchain technology. Unfortunately, the web began moving back toward centralization. But 9/11 offered Groove a key niche—connecting government agencies together. 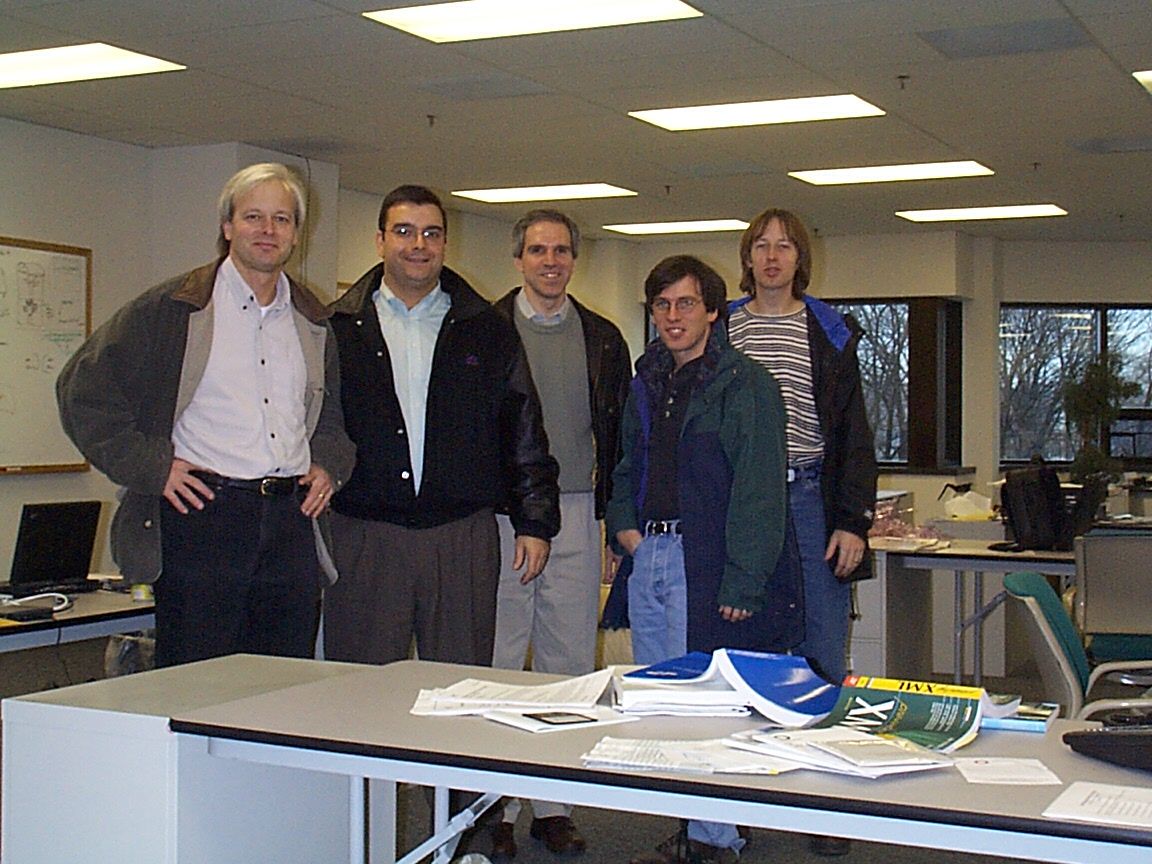 Collaboration in the Cloud

In 2005 Microsoft bought Groove Networks, which became part of SharePoint. Ray took over as Microsoft's chief software architect from none other than . . . Bill Gates. Ray pushed to take Microsoft toward online software and services, and championed the effort to build its Azure Cloud Services. But overall the company was slow to shift away from its huge PC-based Office revenue. 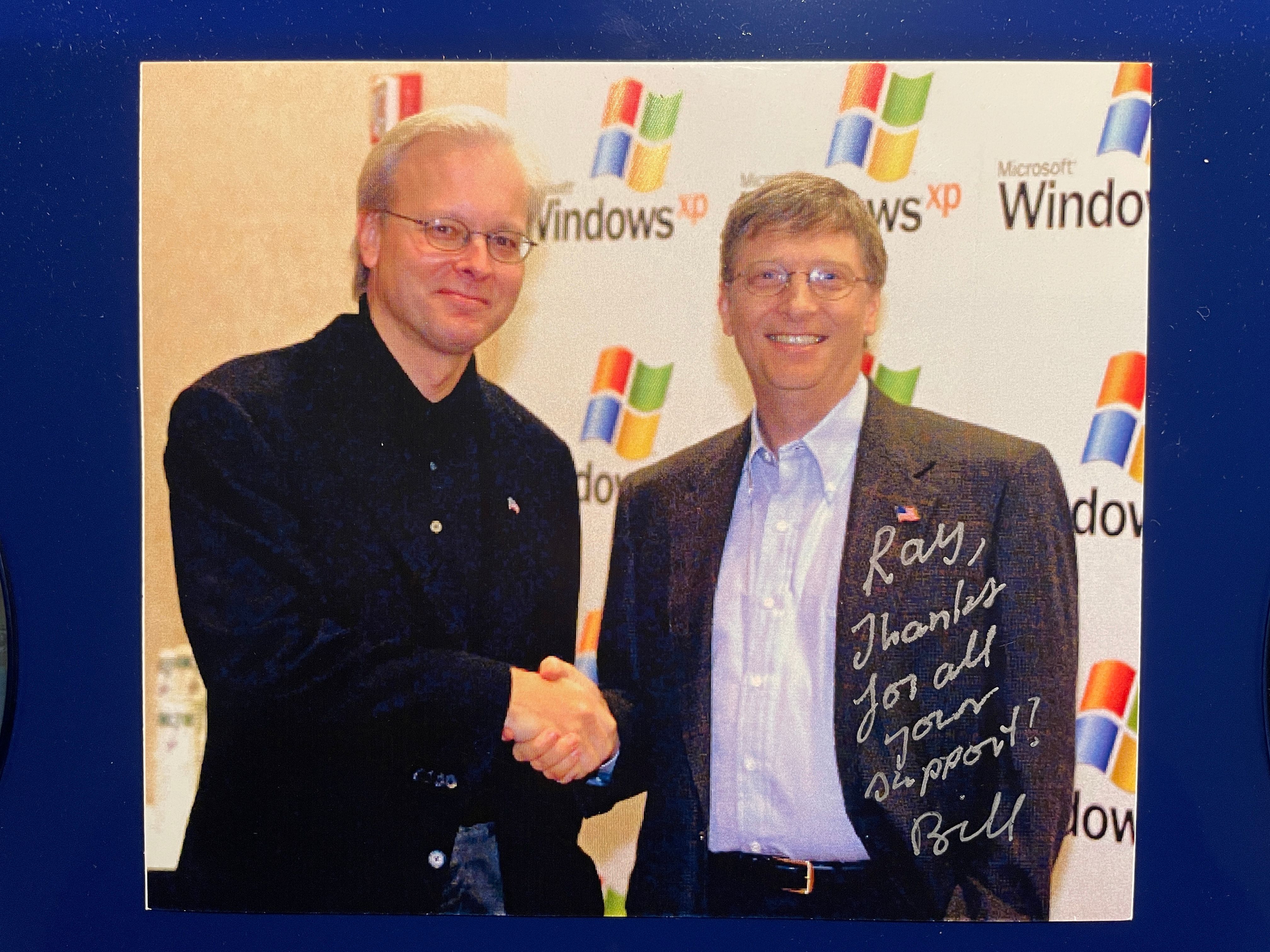 Ray and Bill Gates’ careers intersected at many points. Ray first worked with Gates (right) in his job at Software Arts in the early 1980s, when the IBM PC was a top-secret prototype. The two men admire each other’s technical skills and enjoy sharing ideas and approaches. Credit: Courtesy of Ray Ozzie

In 2012 Ray started Talko Inc. to create a new form of audio-based collaboration on mobile phones. Talko was built around real-time and recorded voice messaging for mobile and remote teams. The name was an homage to the PLATO system’s “Talkomatic” chat program. Ray sold Talko to Microsoft in December 2015 to bring audio innovation to Microsoft Teams. 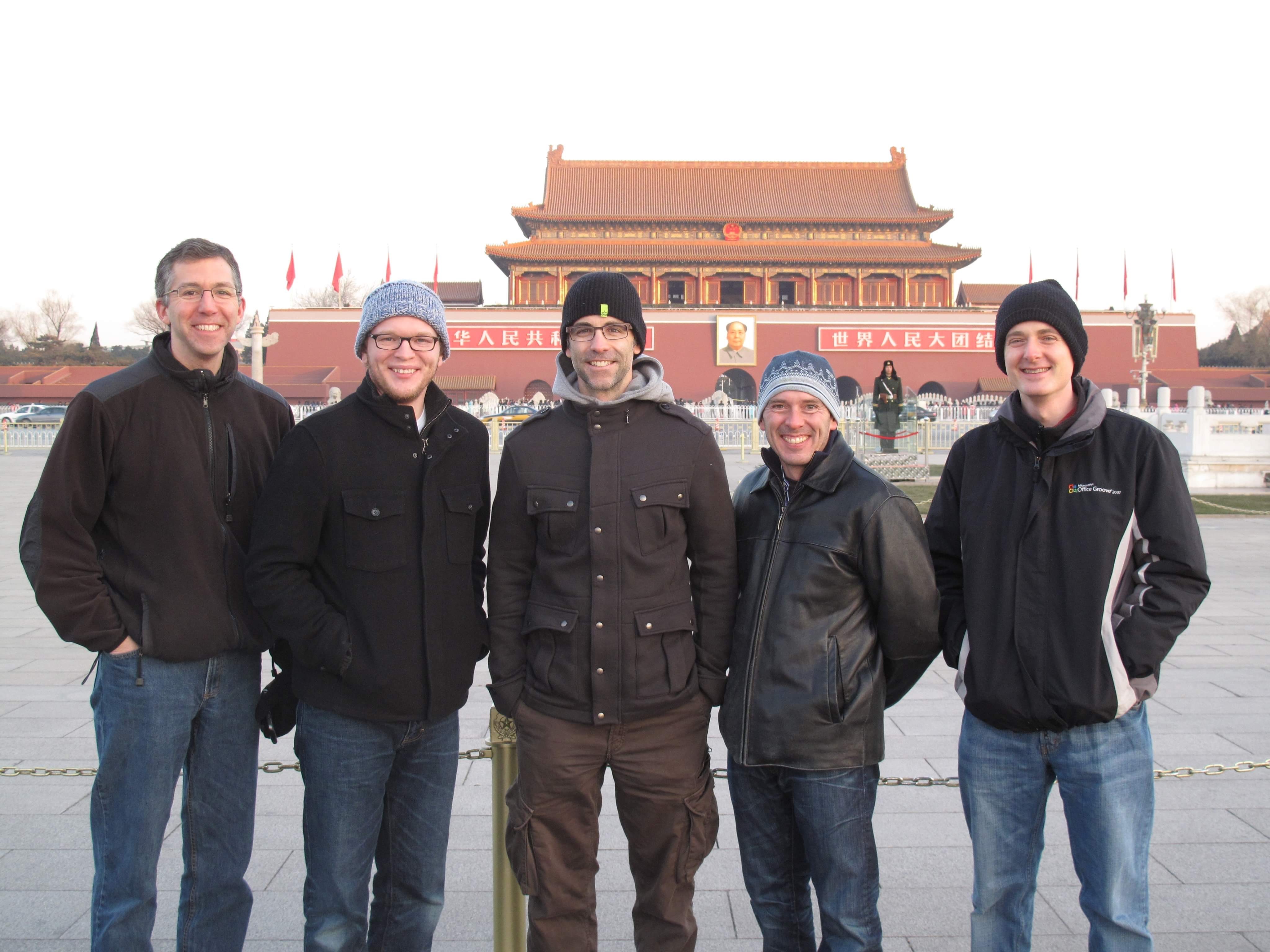 In 2017, Ray founded Blues Wireless, an Internet of Things hardware and service company. Its mission is to make it easier and cheaper to connect devices wirelessly, using the transformational potential of narrowband cellular 5G. When Ray started out online collaboration and communities were new continents. Anything felt possible. Today's online world has in many ways fulfilled his wildest dreams, bringing together billions in new and often wonderful ways. Yet increasingly our life online has been beset by fake news, and worries about privacy and centralization. What can the next generation of online communities learn from earlier models—from the future that Ray and others glimpsed so long ago?

For all footage from CHM's March 18 event, “Building a Better World through Tech for Collaboration: A Celebration of Ray Ozzie,” video extras, and related content, visit our dedicated page to 2021 CHM Fellow Ray Ozzie.