Fostering Connection through Technology: An Interview with Cisco’s Alex Rosen

By Ishani Desai and Jenna Prasadi 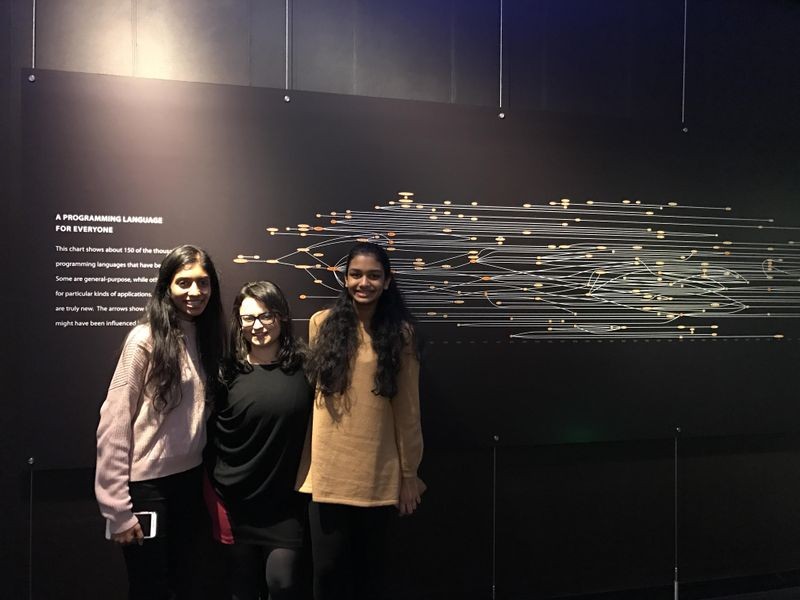 Earlier this year, we had the pleasure of interviewing Alex Rosen, a Global Lead of Marketing and Sponsorships at Cisco. We had done some background research on Alex beforehand to help us figure out what questions to ask. As we watched her “Cisco Innovator” video (in which she gives an awesome shoutout to CHM) and read the article, we noticed a subtle, but recurring theme: connection. Alex’s work centered on creating a more connected world, one that uses technology to foster relationships. We kept this in mind as we developed questions to ask her, and although we did not intend for this to happen, connection became an ever-present thread throughout our conversation, with every point coming back to the idea of creating a more integrated world.

Past and upcoming projects 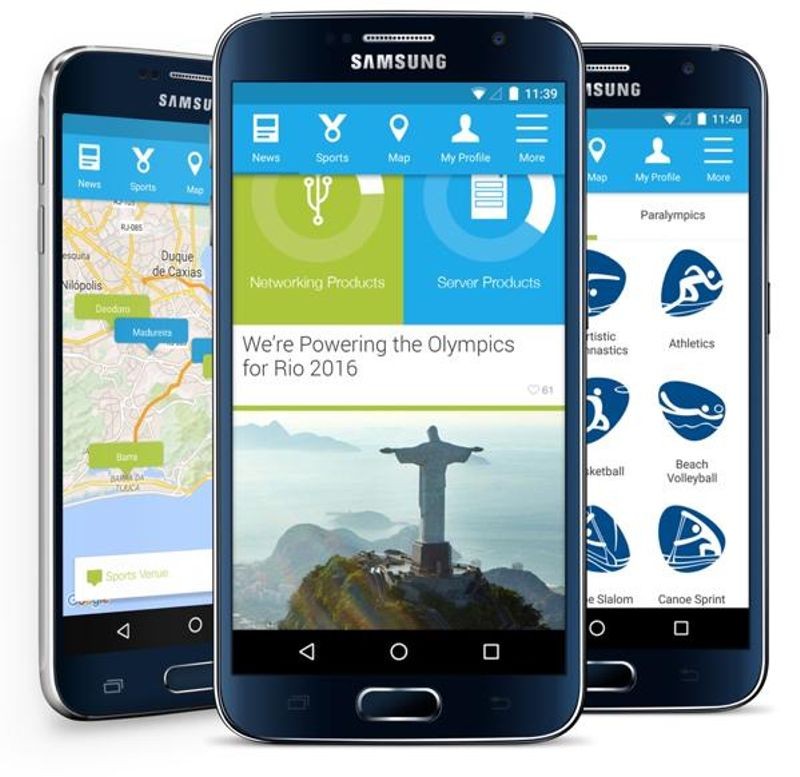 Alex headed a team of designers to create the first-ever news and social app just for employees of the Olympic Games. The app had 2,400 downloads across 48 countries of just employees using this app and posting their own memories and excitement and reading the news in one centralized digital location.

When we asked about her current and past projects at Cisco, Alex discussed the Rio 2016 Summer Olympic Games and Cisco’s goal to create a more connected Olympics using technology. The Olympic Games inherently foster connection, Alex explained. No matter what is going on in the world or the state of a country’s political or economic climates, people from different places all across the world come together and compete on the same field, celebrating human potential. Cisco saw an opportunity to further enhance the spirit of connectivity within the Games with technology. They worked on ways to connect the planners to each other, the audience to the Games, and businesspeople to opportunities. Cisco enabled the Rio 2016 Olympic and Paralympic Games to be one of the most connected Games in history by providing fast, reliable and secure connectivity to all Rio 2016 workers, volunteers, athletes, family members and media personnel. They also integrated “smart” technology in the city, solving problems using software, to create a lasting positive impact. For example, Cisco worked with local Brazilian companies and institutions on projects like putting sensors on manholes to make transportation in the city more accessible; an app taking data about the city (traffic, social media, etc.) and turning it into music, and installing technology into classrooms in favelas so students can pursue tech careers in the future beyond the Games. 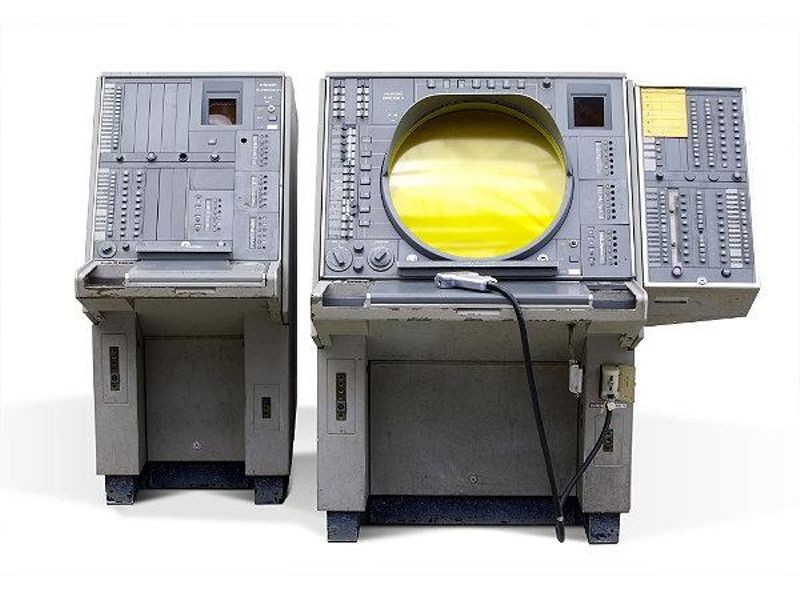 SAGE director console, 1958. This user console showed all activity in the air space assigned to it. Operators could request information about objects that appeared and use the light gun to assign identification numbers to displayed aircraft.

We also discussed one of Cisco’s newer projects ,a partnership with the global entertainment leader Live Nation, led by Alex as general manager on the marketing side, involving keeping artists connected on tour and enhancing fan experiences (for example, providing Wi-Fi in venues so they can upload pictures or download an app to upgrade seats and track line wait times). Alex talked about this in respect to innovation and connectivity, explaining that the reason she loves it so much is because of the level at which it connects people. She explained to us that innovators are, simply put, people who connect things that wouldn’t normally be connected. We found this to be an interesting point because this is, in a basic sense, what the Computer History Museum (CHM) does. The Museum displays computers that serve completely different tasks, from making sketches, to storing recipes, to handling wartime defense. But, our Revolution exhibition connects these artifacts by comparing the issues that the inventors may have faced, the response the device may have received, and how the device impacted our society. Ultimately, everything in that exhibition is tied together by one main idea: they all contributed to the evolution of computing that resulted in the technological society we live in today. 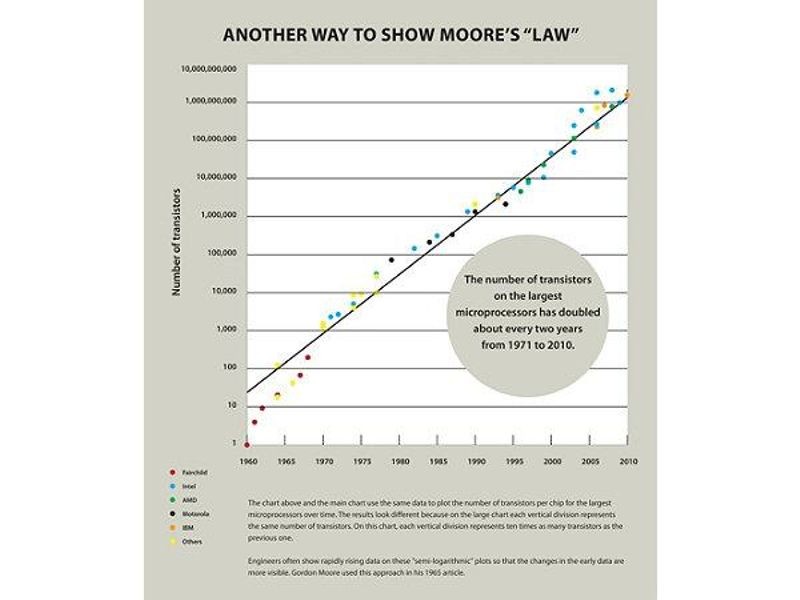 When asked what happens to society as technology evolves, Alex gave an insightful answer that opened our minds to another way of thinking. She told us that she doesn’t believe humans change; that the way society interacted was the same when the pencil was invented as it was when smartphones were. However, our tools of expression change with the evolution of technology, and communication keeps getting faster, which leads to reaction time getting faster. Because of this, she thinks of evolution and change as exponential. “There are two constants in life,” she quoted, “change, and change.” Evolution is exponential not because of the changes themselves, but because of the increasing rate of these changes (This strikes similarity to Moore’s Law, Gordon Moore’s prediction of exponential growth in relation to the number of transistors that fit on an integrated circuit). This concept of exponential evolution is relevant because people living in a constantly evolving society need to keep up with this change, to prevent creating their own silo. However, Alex described this as a juxtaposition, because although people need to respond to change and let go when they need to, innovators still need to hold onto their ideas to keep them from being swept away in this wave of evolution. This resilience, having a vision and fighting for that vision, is what Alex believes we should take from the innovators of the past. This fighting spirit is what allowed these creators to be featured throughout the walls of the Museum and remembered throughout time, and it unites every person mentioned throughout the gallery.

When we asked Alex to describe CHM in three words, she chose timeless, human, and inspiring. We think these three words entirely sum up the Museum; the artifacts featured are timeless because of their connection to all the technology present in our daily lives. The stories told in each alcove have a special relatability to them, especially after remembering that these are the stories of everyday humans with extraordinary ambition, motivation, and perseverance. This is what makes it inspiring; seeing the possibilities of human potential inspires us to reach our full potential. Circling back to connection, Alex talked about the concept of taking seemingly crazy ideas and providing structure to them to solve everyday problems. This theme of innovation enables every artifact to be tied to one another as examples of the power of creativity. This is also why each artifact and story in the Museum is relevant to the work of modern technology companies: creativity is at the heart of innovation.

Learning from history to dream bigger

Also relevant to the work of modern tech companies are the struggles faced by past innovators. Alex talked about a proprietary mobile app she and her teams designed and built from scratch for Cisco employees all over the world to engage with the Rio Olympics as an example. A recurring struggle, no matter the time period, is guessing how someone will use something they have never used before, and putting out something that has never been done before. How much should human feedback, the ideas of others who had nothing to do with the creation of the product, be taken into account? Should its use be as versatile as to allow people to use it any way they want, or should it be used specifically the way the innovator intended for? The answers history provides to these questions are why Alex thinks it is important to learn this history and the basics; the connections we have to the past result in the answers to our current-day issues.

With connection being an iterate theme throughout every question and answer, over the course of this interview we realized that a positive implication of technology, throughout time, has been the enhancement of relation. Alex pointed out that technology has gone from physically carrying us, through ships and trains, to carrying our ideas. The connections it fosters change one’s sense of self and sense of the world, connecting two people who may never meet but still feel unity and connection, like the Cisco app did. Technology helps those who may not have initially dreamt big, dream bigger, and the bigger these dreams get, the farther we advance, continuing on an exponentially evolving loop whose end cannot be seen. 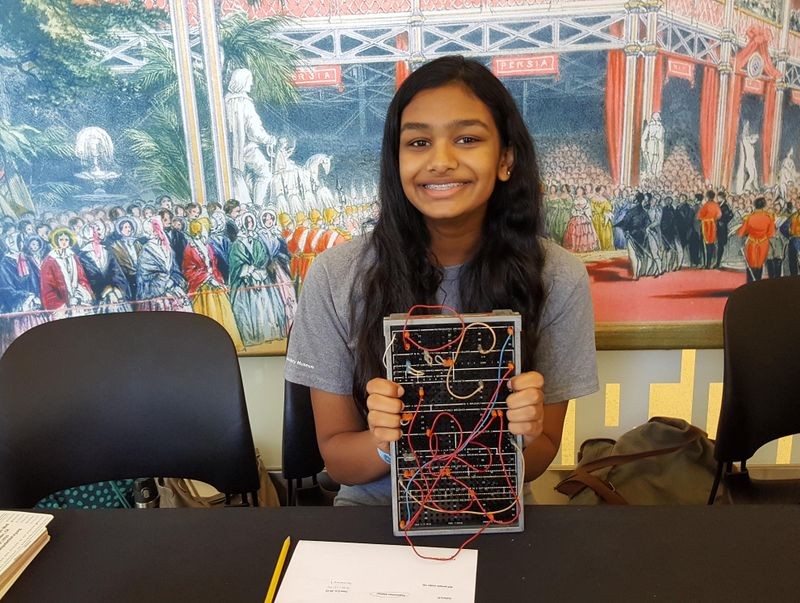 Ishani Desai is a junior at Irvington High School. She enjoys studying math and computer science, which drew her to the Computer History Museum. Desai was a summer intern in 2016, and since the school year, has been a high school volunteer. Her time at the Museum includes educating and interacting with visitors and leading family tours. Desai is passionate about music and, in her free time, enjoys playing the guitar.

Jenna Prasadi is a junior at Aragon High School. Her favorite subject is English because she loves improving her writing and language skills. Prasadi has been volunteering at CHM since last fall, leading docent tours and working with other students at the Exploration Station. This experience has taught her how to be more confident in her ability to communicate with others, as well as meet a variety of amazing people. Prasadi enjoys animals and working with others.