Computing in Your Pocket: The Prehistory of the iPhone in Silicon Valley 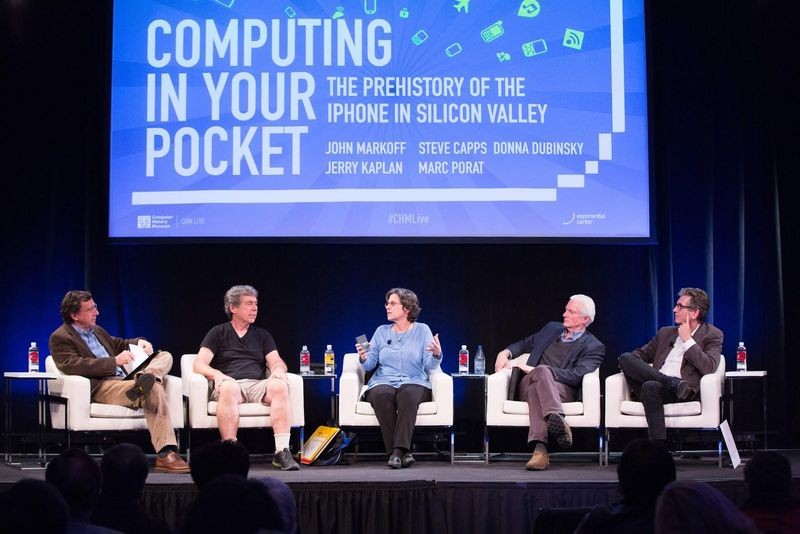 On Thursday, March 2, four pioneering Silicon Valley technologists shared the stage at the Computer History Museum (CHM), turning the clock back three decades and exploring the prehistory of the iPhone. 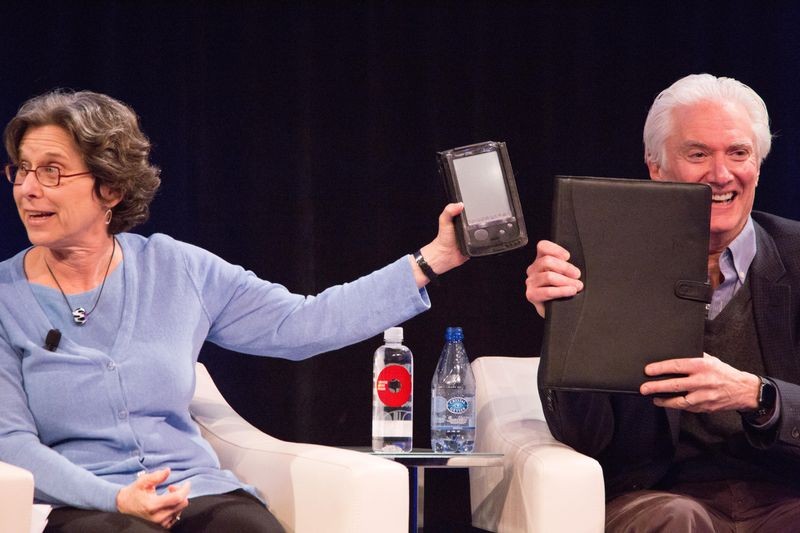 Two decades before Steve Jobs introduced the iPhone in 2007, a handful of engineers and designers began exploring the idea of handheld computers in Silicon Valley. In 1987, beginning with the then-secret Newton Project inside Apple and with a mobile pen-based computer at GO Corp., a range of handheld computing ideas began to bubble up all around the Valley. Before long, inside Apple there were prototypes like Swatch and Pen Mac, and the Pocket Crystal idea, which would be spun out in 1990 as General Magic. Shortly afterward, in 1992, Palm Computing was founded. The race was on to reinvent computing and make it even more personal.

The evening featured Steve Capps, who led the development of the Newton while at Apple Computer; Donna Dubinsky, former president & CEO of Palm Inc. and co-founder & former CEO of Handspring; Jerry Kaplan, founder of GO Corp.; and Marc Porat, co-founder and former chief executive of General Magic. The evening was moderated by John Markoff, a Museum staff historian.

Some numbers about our panel: 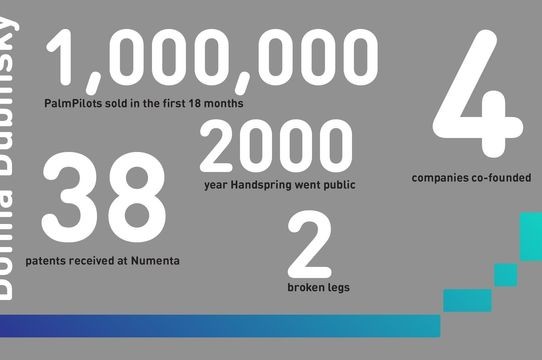 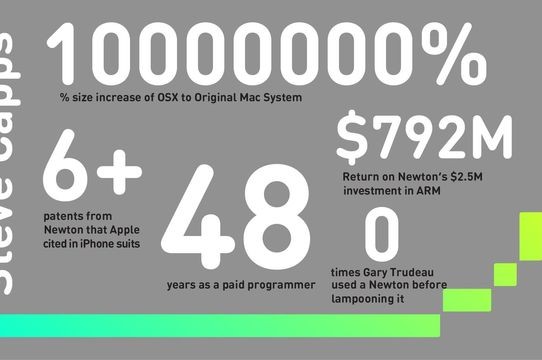 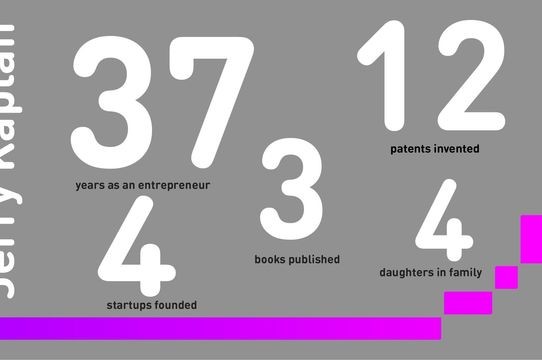 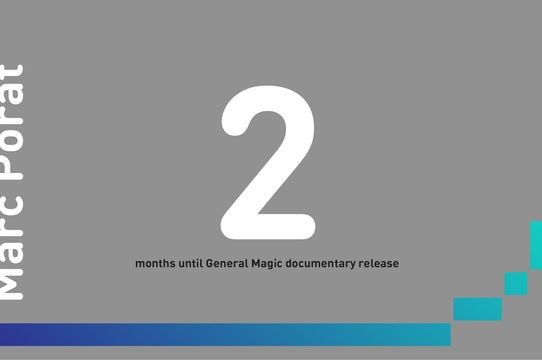 This event was organized by CHM’s Exponential Center as the kickoff event for the center’s interdisciplinary, deep-dive project, “iPhone 360.” The Exponential Center was created to capture the legacy—and advance the future—of entrepreneurship and innovation in Silicon Valley and around the world. The center explores the people, companies, and communities that are transforming the human experience through technology innovation, economic value creation, and social impact.

The iPhone has “become a powerful tool as well as a constant companion in ways both powerful and sometimes challenging,” said Marguerite Gong Hancock, the Exponential Center’s executive director.

On Thursday the panelists explored the broader question that technology historians continue to debate about why certain computing technologies emerge at a particular time and place. One factor is the underlying pace of technological change. For example, Jerry Kaplan noted that the advent of FLASH computer memory was essential to the development of the tablet that was an early portable effort to create a new generation of “pen-based” computers that were controlled directly rather than by issuing typed commands. 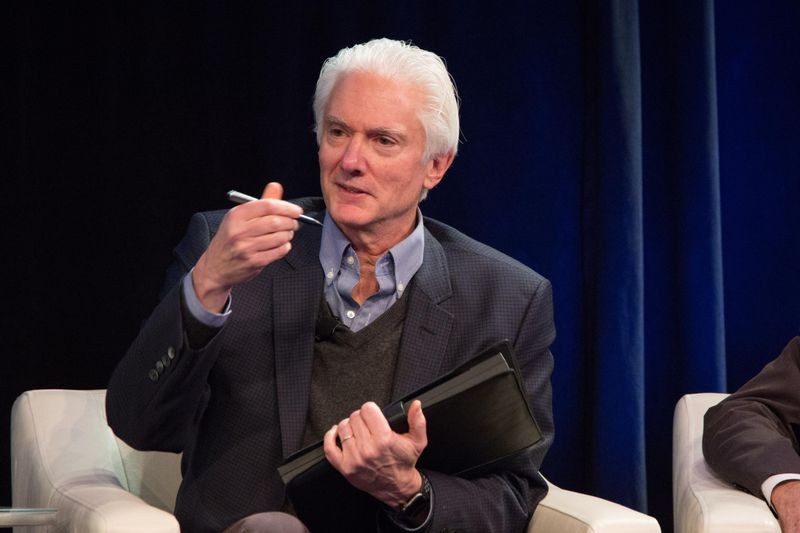 At the same time the path toward the next generation of handheld computing was also defined by a clear vision of ideas that were indistinguishable from science fiction when they were first conceived.

Marc Porat described how he had conceived of the notion of a “Pocket Crystal” while he knew little about computing technologies. Trained as an economist he first conceived of the idea while he was seated with a notepad while sitting at a midtown French bistro in New York City. Thursday evening began with a trailer for an upcoming documentary about Porat’s start-up General Magic. 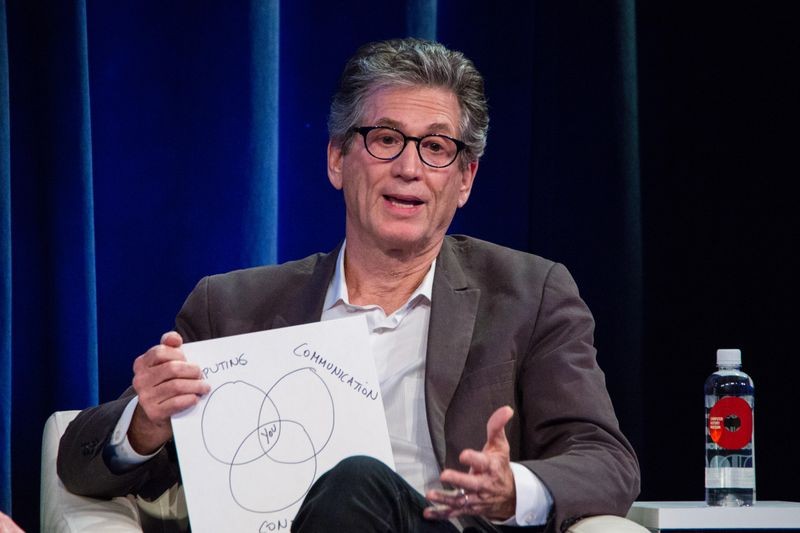 Marc Porat shares his early vision on the future of computing.

In the video, Porat’s voice appears over a variety of beautiful scenes: “Here’s what I wrote in 1989. This is a very beautiful object. It must be beautiful. It must offer the kind of personal satisfaction that a fine piece of jewelry brings. It will have a perceived value, even when it is not being used. It should offer the comfort of a touchstone. The tactile satisfaction of a seashell. The enchantment of a crystal.” The video then returns to Porat who shows how his sketch precisely matches the iPhone 6S that he purchased in 2015. “We really had it,” he said.

“We had always been kicking around ideas for future computers,” said Steve Capps, one of the original Macintosh design team, who later would become a technical leader of the Newton, Apple’s pen-based handheld. “We were alternatively jazzed by the ideas and frustrated by the technology of what could be possible.” 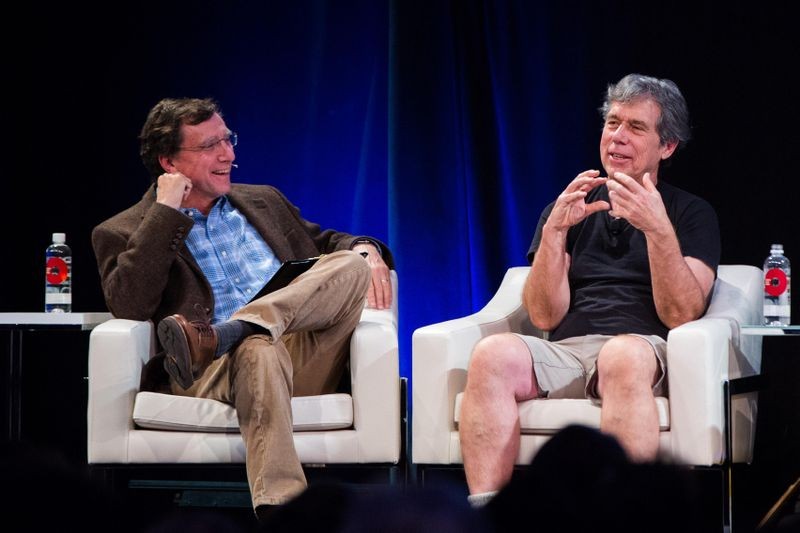 John Markoff brings out stories from Steve Capps about his work on the Apple Newton.

The computers of the era, when the original pocket ideas were germinating, were actually being powered with lead-acid batteries, he noted.

Indeed, most of the projects would prove to be ahead of their time. That was not true however for Palm, the company that was co-founded by Donna Dubinsky. The Palm designers looked at earlier handheld organizers such as the Sharp Wizard and built upon them by bridging between the PC and a device that you could put in your pocket. 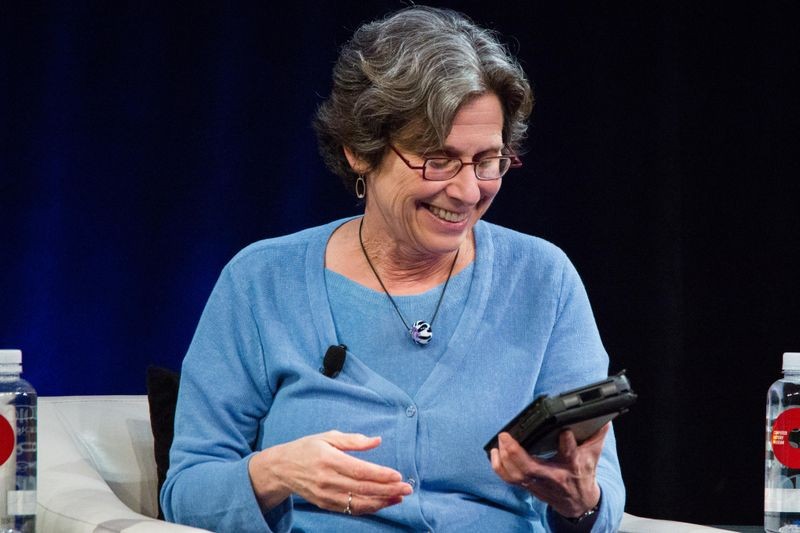 “When we created the PalmPilot we decided to call it a connected organizer,” Dubinsky said. “We wanted to build on the Wizard heritage and say what’s different about it is that it connects to your PC, but it’s like an organizer in that it organizes your life, your calendar and your contacts.”

The panel discussed Apple’s struggles between 1985 and 2007 in trying to find a way forward through a wide range of hand held prototypes. John Sculley, as Apple’s chief executive after the departure of co-founder Steve Jobs, struggled with a range of internal projects and ultimately spun-out General Magic and tried to find industry partners to collaborate with, while continuing to develop Newton internally.

In contrast, Steve Jobs initially rejected the idea of handheld computers as unworkable. “It didn’t fit into his model,” said Capps, referring to Steve Jobs decision to cancel the Newton when he returned to Apple in 2007. “He probably spent two minutes trying it one day, and in typical style—I won’t say it for a radio audience—he probably disparaged it.” Jobs gradually found his way to handheld computing, first with the iPod and then eventually with the iPhone, with the help of engineers who had worked on both the Newton and General Magic projects.

The evening ended with an emotional appeal from Steve Capps, whose daughter is facing a bone-marrow transplant, asking the audience to register for [Be The Match](//bethematch.org/about-us/, the National Marrow Donor Program, which is a crucial tool in curing a variety of diseases.

CHM Live’s “Computing in Your Pocket: The Prehistory of the iPhone in Silicon Valley,” produced by the Exponential Center, took place on March 2, 2017...