Computing for the Whole World: A Conversation with iPod & iPhone Inventor Tony Fadell 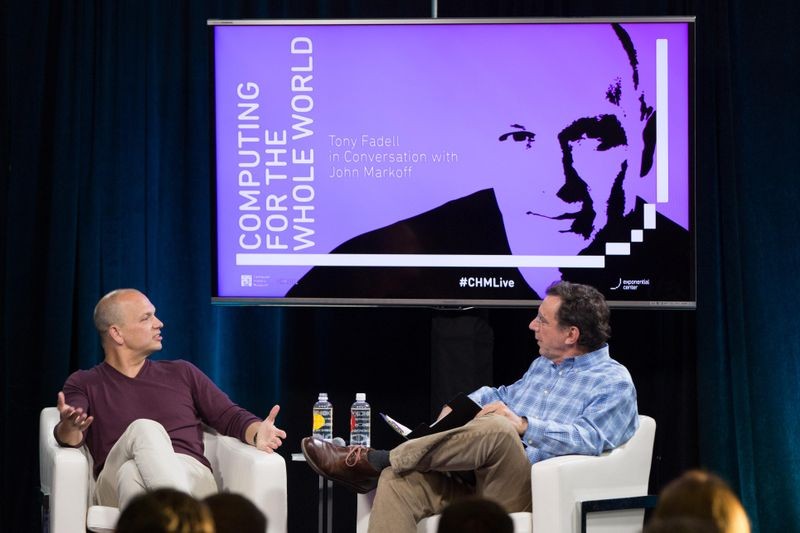 CHM Live’s “Computing for the Whole World: Tony Fadell in Conversation with John Markoff,” May 10, 2017. Produced by the Exponential Center at the Computer History Museum.

Tony Fadell doesn’t fit the Silicon Valley mold. His parents were neither engineers nor scientists. As a young boy he grew up moving frequently because his father was in “the rag business,” as he described it during May 10 conversation we had at the Computer History (CHM). But his grandfather played the role that is often provided by the parents of Silicon Valley’s best and brightest. Tony’s grandfather would teach him to use tools at every opportunity. Tony Fadell’s grandfather gave him a passion for both building things and for design. That paid off when in 1979 his family moved to Texas and he learned that there were personal computers that were coming within reach. He talked his parents into letting him take a summer school class based on terminal access to an IBM 360 mainframe computer. “We had paper terminals and a card reader,” he recalled. “I was instantly hooked.” His grandfather recognized his love computing and offered to match whatever the then 11-year old Fadell to help him buy his first computer—an Apple II. 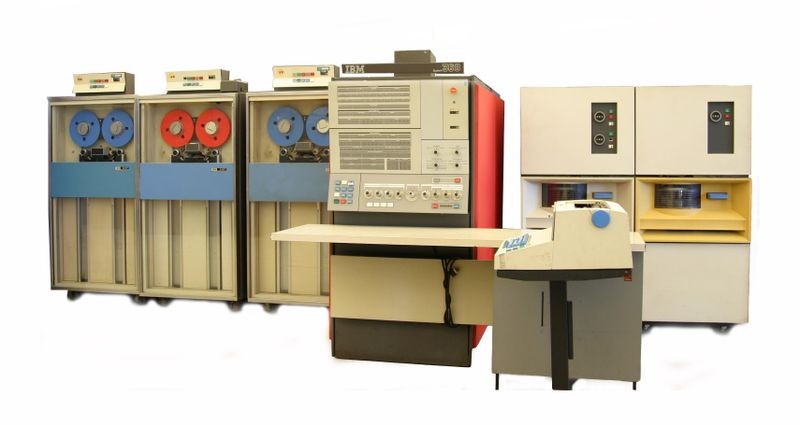 A summer school course introduced Fadell to an IBM System/360 and so began his love affair with computers. Collection of the Computer History Museum. Photo © Mark Richards. 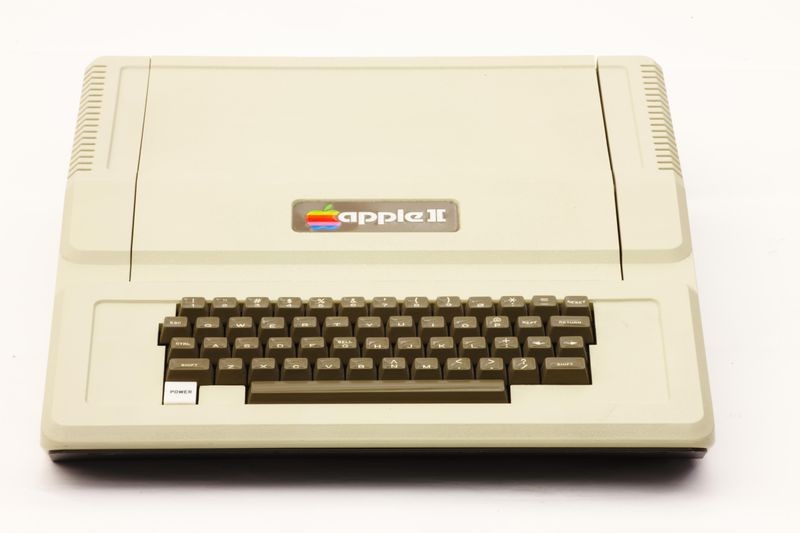 Fadell bought his first computer, with the help of his grandfather, at age 11. It was an Apple II. Collection of the Computer History Museum. Photo © Mark Richards.

Fadell described his romance with computing during our conversation on Wednesday, May 10 during “Computing for the Whole World,” part of CHM’s Exponential Center iPhone 360 Project. The program highlighted Fadell’s contributions at Apple, where he designed the first iPod music player and then led the hardware design of the iPhone before leaving Apple in 2008 to found Nest Labs, where he led a team that designed an innovative internet-connected thermostat. When I was a reporter covering Silicon Valley, Tony Fadell represented a new generation of computer designers who came of age in the wake of the personal computer era. They were young engineers at companies like General Magic, Palm Computing, and on the Newton team at Apple. They were a generation of designers who pioneered the idea of “ubiquitous computing,” an idea first put forward by Mark Weiser, a Xerox Palo Alto Research Center (PARC) scientist during the 1980s. It would become a computing era in which computing became intimate. Computers would disappear inside ordinary objects like music players, telephones, and thermostats, and they would become magic. 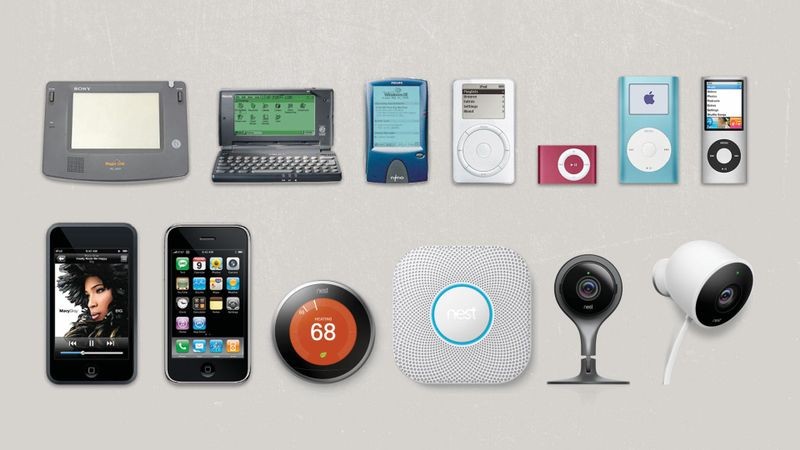 It is actually remarkable that Steve Jobs would stand out both as someone who had made computing accessible to a consumer audience during the 1970s and 1980s and then repeat that success for the following computing generation. It has more often been the case that each successive computing generation is swept away by the following one. When he hired Fadell as a contractor in 2001, Jobs launched Apple on a path that would transform the company from a computer maker to the consumer electronics giant it is today.

Before Apple, Fadell knocked on the door of General Magic, where he became steeped in the computing-in-your-pocket vision that would lead directly to the iPhone just six years later. “I was the lowest guy on the totem pole,” he said. “I came in and I said, ‘I’ll do anything.’”

Although General Magic would fail in a spectacular fashion, it was a crucible that created an engineering diaspora that would reshape Silicon Valley and indeed the entire computing world. Fadell sat just several cubicles away from Andy Rubin, another young electrical engineer. In the following decade the two men would become instrumental in creating the iPhone and Android platforms and in the process extend the reach of the internet to half the world’s population. After heading the iPod project, Fadell became part of a small group of “newbies” who were trying to make the world of cell phones—designing a computer that was also a phone. A key breakthrough was Jobs’ insistence that the Apple phone not be based on a stylus. Jobs would tell his team that your finger would be your stylus. It was an extraordinary insight because Apple’s co-founder arrived at his commitment to a touch interface before the company had acquired the “multitouch” technology that distinguished the iPhone. 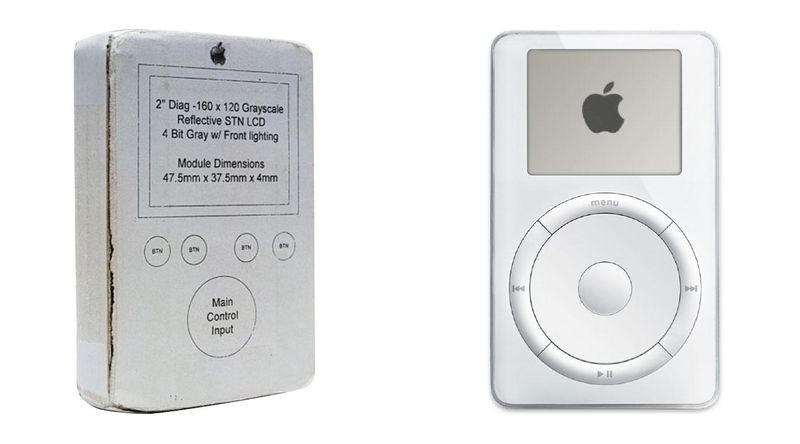 It took the hardware design team about five months to be certain that multitouch would be a successful approach. They began with a version the size of a ping pong table and scaled it down until it worked in a palm-size box. “You had a list of all these risks and we had to march and march and march every week to get confident to then just say we’re jettisoning that and we’re going to go this way,” he said. Getting the original iPhone to market took a herculean push in the final months he recalled. Apple had announced the phone with a plastic screen before realizing that it would scratch. Fadell’s team moved mountains to swap plastic for glass in the three months before the first iPhone shipped. At the end of our conversation, I read an intriguing question that challenged Fadell for designing a product that visually “isolated” people from the rest of the world—we all spend hours staring at the screens in the palm of our hands. Tony didn’t take offense at the question. It is something that he thinks about a lot. “I wake up in cold sweats because I think about that,” he said. “I think about the impact of the creations that I’ve been involved with and how it has impacted society so dramatically over the last 10 years.” He acknowledged that he sees both positive and negative consequences for a technology that he was closely involved in and which is now ubiquitous. “Is it going to be Alexander Graham Bell bringing light to society or did we bring nuclear weapons?” he wonders.

CHM Live’s “Computing for the Whole World: Tony Fadell in Conversation with John Markoff,” May 10, 2017. Produced by the Exponential Center at the Computer History Museum. ..

The iPhone 360 Project is part of the Exponential Center 360 series focused on transformational companies and products that have changed the world through technology innovation, economic value creation and social impact. This series supports the Museum’s overall interpretive strategy to explain computing’s history and its transformational impact on our world