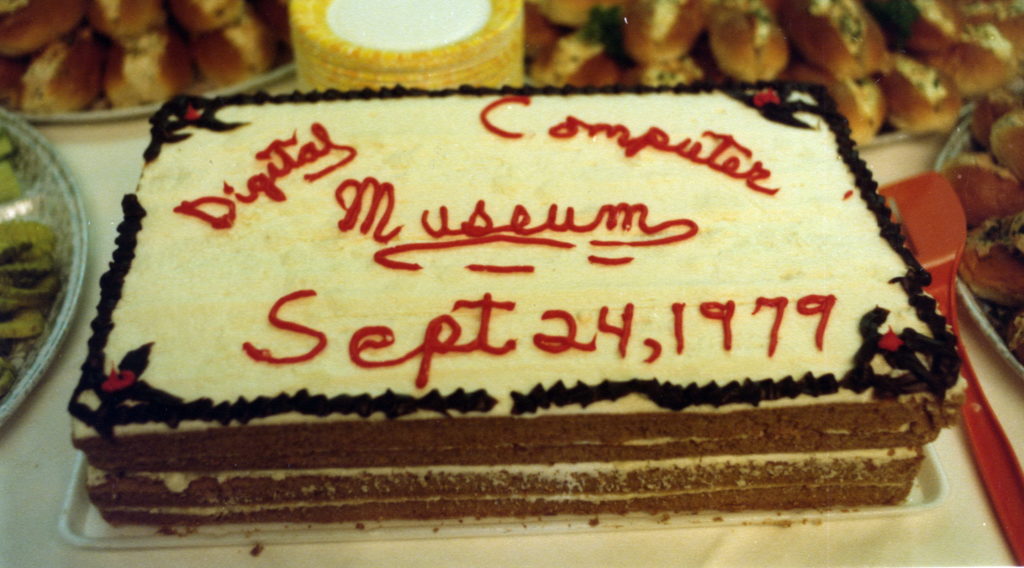 It seems appropriate, every so often, for a history museum to think about its own history. On September 24, 2014, we celebrate the 35th anniversary of our “grandfather”: the Digital Computer Museum that began in Marlboro Massachusetts in 1979.

The “Digital” in the name was a pun, standing both for “digital computers” as the topic, and the “Digital Equipment Corporation” (DEC) as the host company. How did that happen, and how did it lead to today’s Computer History Museum? Here’s the story in brief; for more details see [1] and [2].

In 1971 Gordon Bell, then at minicomputer-maker DEC, and Allen Newell, a professor at Carnegie-Mellon University, wrote a landmark book called “Computer Structures” [3] that established a taxonomy of computers and documented all the important historical systems. But should only paper descriptions survive? Gordon thought not, and was inspired to start collecting the physical artifacts of computing before everything disappeared. 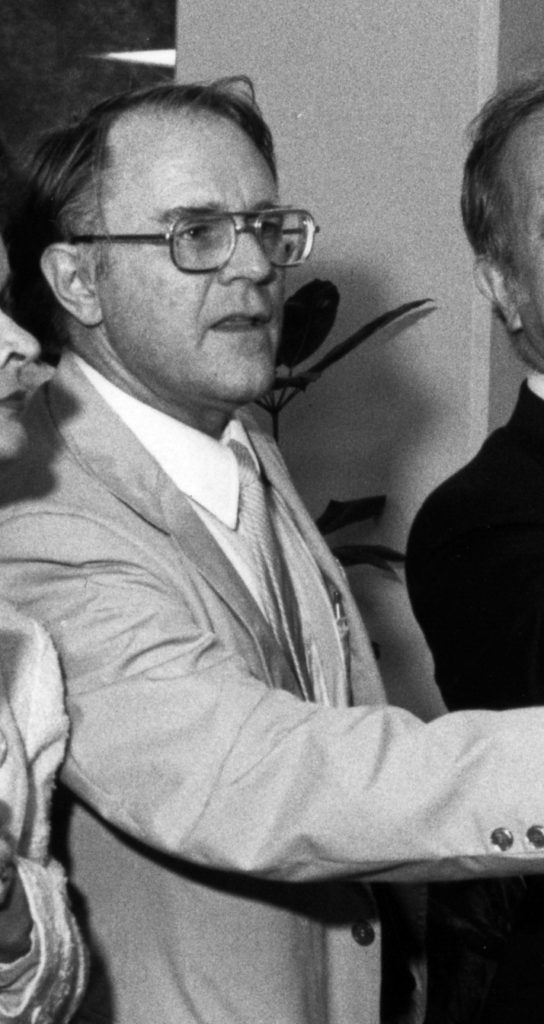 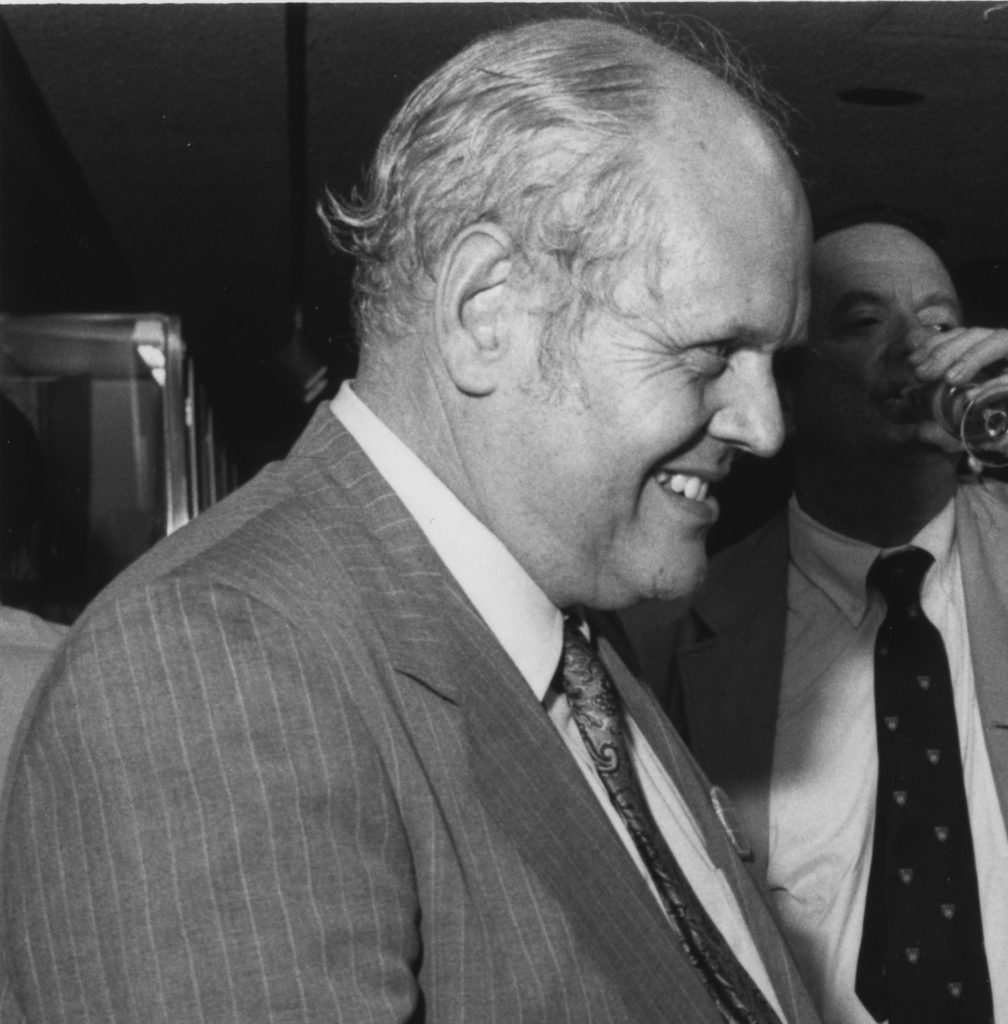 At about the same time, the Smithsonian Institution said that it wasn’t interested in preserving the groundbreaking MIT Whirlwind computer. Bell and DEC President Ken Olsen were appalled, and realized they needed to start an effort to collect important “big iron” because no one else would. Gordon says “our expectations rose to the point that we thought we could actually create a first-rate public museum of computing.” 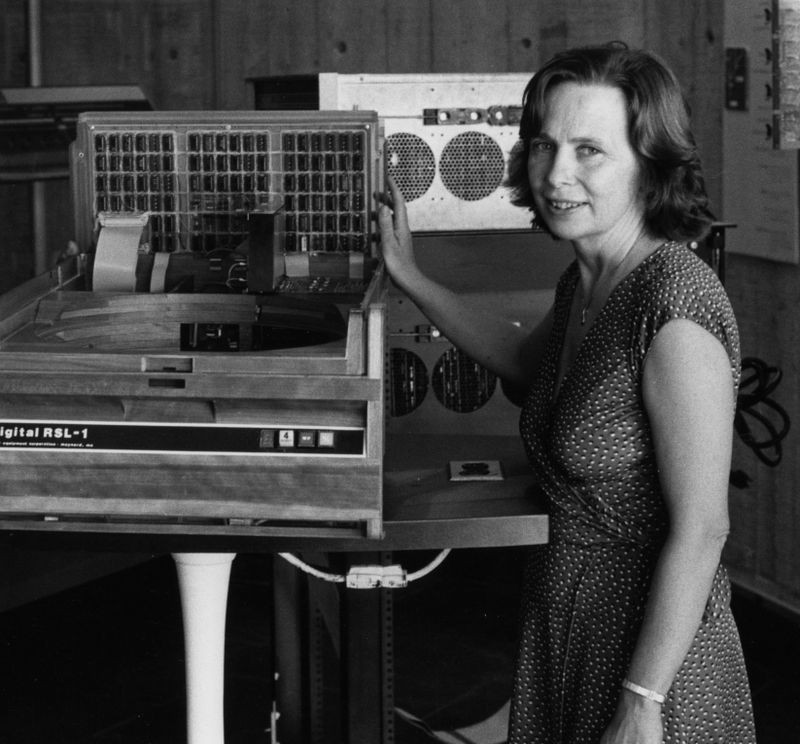 The first test was a small exhibit created in a converted coat closet in DEC’s Marlboro building lobby. Then in 1978 Gordon’s wife Gwen Bell, whose formal background was in geography and urban planning but was steeped in the computer industry, joined the effort as a full time volunteer director. They created a 6000 square foot lobby exhibit that opened on September 24, 1979 with UK computer pioneer Maurice Wilkes speaking about programming the Cambridge University EDSAC in the early 1950s. That was the first of 45 amazing pioneer lectures, some of which have been preserved on videotape. 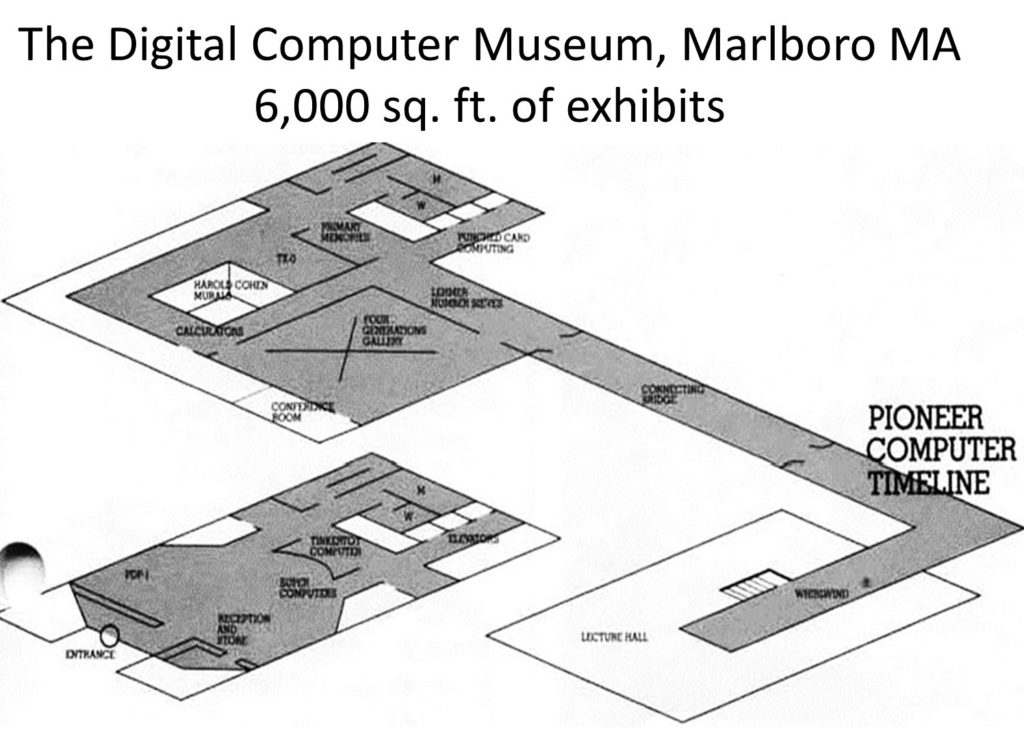 The museum operated from 1980 through 1983 with funding from DEC of over $1M. The initial collection was 225 artifacts, and almost everything was on exhibit. It included many small objects, several videos, a PDP-1 running Spacewar, a PDP-11 running Lunar Lander, and of course parts of pioneering computers like Whirlwind and the MIT TX-0. Collecting continued with the acquisition of several important and very large machines like serial #1 of the CDC 6600, the TI ASC, and IBM’s Stretch.

Clearly DEC could not continue as the only source of funds. But fundraising was hard because both the name and the location branded it as a corporate activity, not a public museum. In 1982, as a move towards independence, the museum became a public non-profit corporation called “The Computer Museum”. It was outgrowing the space in Marlboro anyway, and was ready for a bigger and more public location. 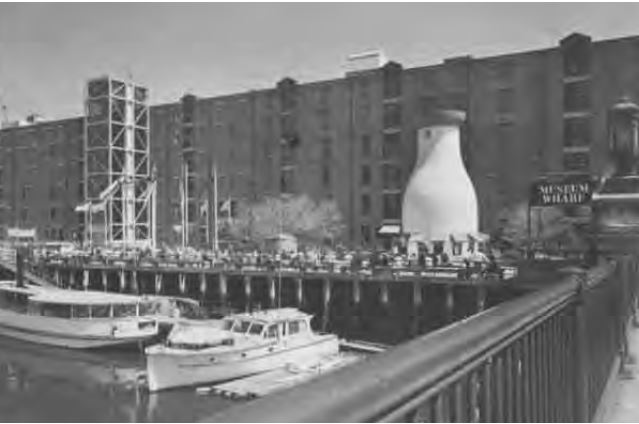 The preview opening of TCM’s new 53,000 square foot facility at Museum Wharf in downtown Boston on May 11, 1984 featured Intel founder Bob Noyce’s talk on “The Origin of the Integrated Circuit”. DEC initially provided the seed capital and nearly all of the operating funds for the new facility, which shared a renovated wool warehouse with the Boston Children’s Museum, whose iconic giant milk bottle stood outside.

The 11,000 square feet of exhibits included a logic and memory timeline, Whirlwind, a 30’ section of the SAGE Computer with its Air Defense Consoles, an IBM 1401 Computer Room from 1965, Univac I, Seymour Cray’s Computers, and a Graphics Gallery entitled “The Computer and the Image.” The initial staff was 18, including 8 that worked on exhibits. Attendance eventually reached 135,000 annually. 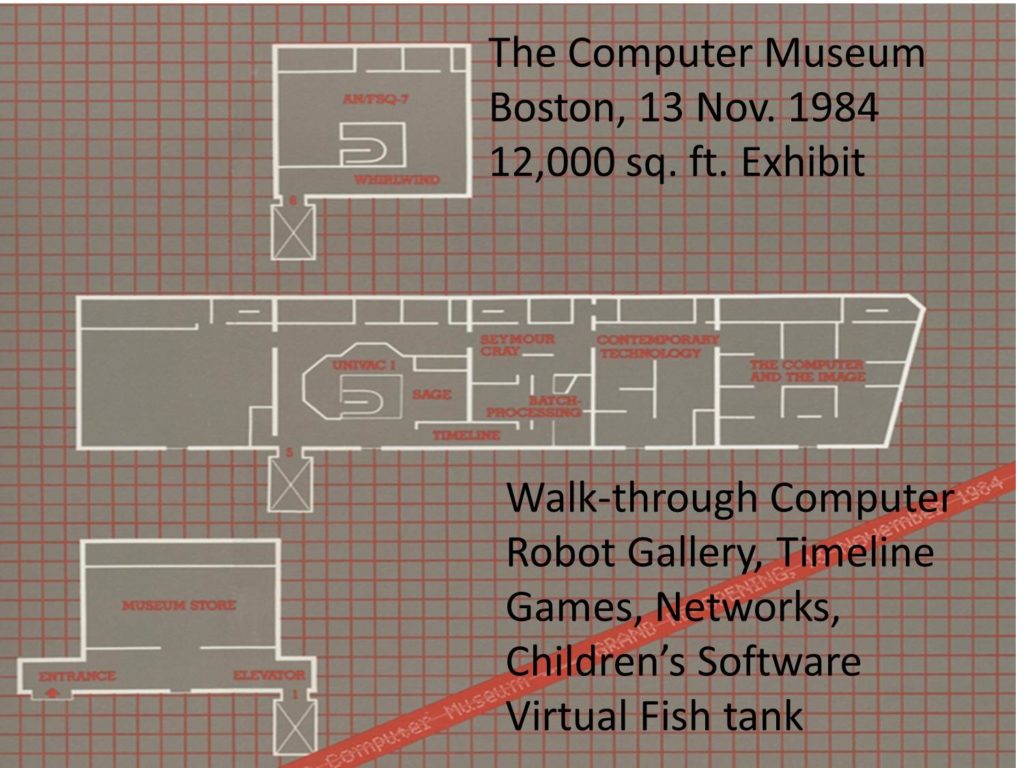 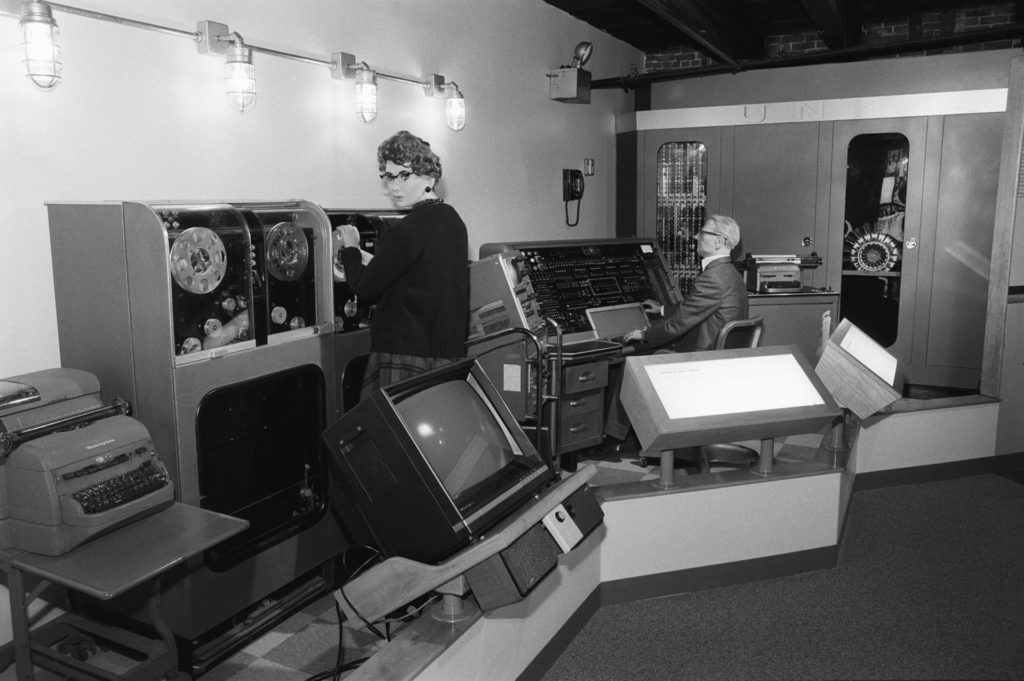 Univac 1 diorama in the Milestones of a Revolution exhibit, The Computer Museum, Boston, 1991

During the next ten years many key artifacts were collected, including several supercomputers, dozens of mainframes, and hundreds of minicomputers and personal computers. New exhibits were built, and a 1993 collaboration with the MIT Media Lab created the successful “Computer Clubhouse” for kids. For much more information about TCM, see the large online collection of documents, images, and timelines assembled by Gordon Bell [5].

By the mid-1990s, TCM was running into trouble. Boston’s computer industry had largely left for Silicon Valley, and fundraising languished. In response they changed focus; Gwen Bell said “the mission was reworked to focus on education; collections and history took a back seat”. But that new mission was unfamiliar, and competed with the successful Museum of Science not far away. In a message to the board Gwen said “the Boston facility is struggling from month to month, with no respite in sight.”

That was not quite right; respite was brewing somewhere else.

Meanwhile, Out of Left Field

On the other side of the country, I had semi-retired after doing a couple of computer networking startups. I returned to academia in 1994 and taught the graduate computer architecture course at Stanford University, where I was depressed to see that the history of computers had been removed from the curriculum. I decided to address that problem by starting a museum in Silicon Valley focused on the history of computers. Knowing only vaguely that The Computer Museum existed, I made plans, wrote white papers [4], and started talking it up around the valley.

I finally visited TCM to see if they would be a good model for my museum. I met Gwen Bell, saw the amazing but seldom-visited back-room collection, and learned about their struggles. A short time later Gordon Bell came to see me in California, and he basically said, “Don’t start your own museum. Reboot what we started in Boston, but this time in Silicon Valley.” Given Gordon’s reputation and the head start that TCM represented, it took me only a few milliseconds to accept the offer.

In September 1995 I joined the board of The Computer Museum specifically to start a west coast History Center outpost that would restart TCM’s original history-based mission. I managed to get free warehouse space at Moffett Field, and we quickly moved the collection from the back storage rooms in Boston to isolate it from the inevitable bad ending there. With it we created an amateurish but impressive “Visible Storage” exhibit in a dilapidated abandoned warehouse with a leaky roof. We did all our own fundraising; nothing came from Boston except the collection. 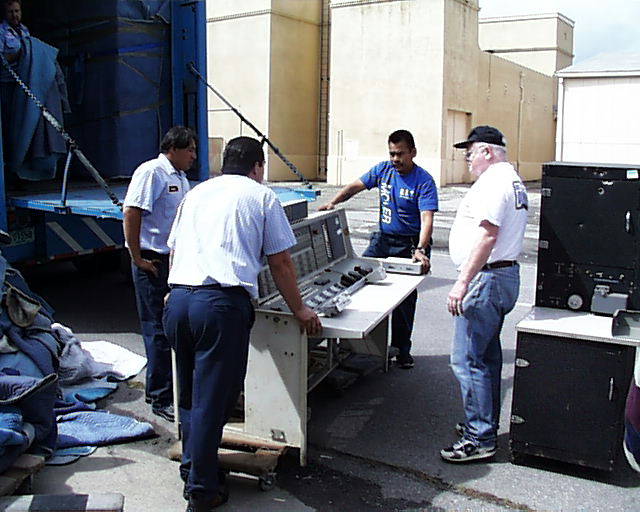 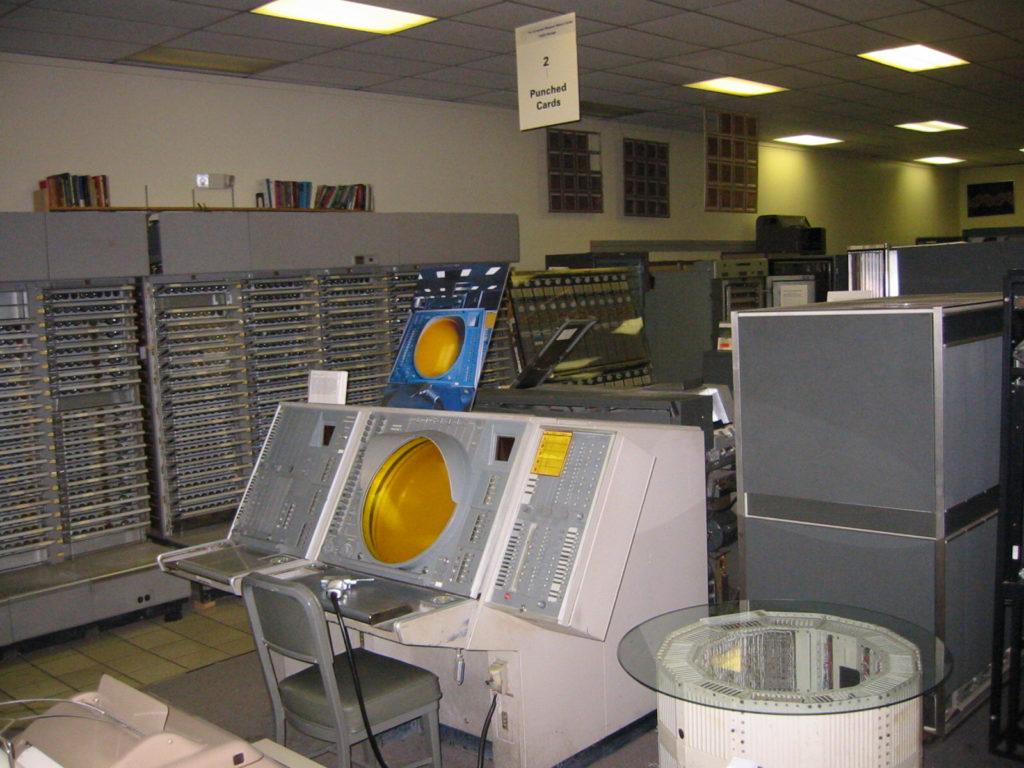 In 1999 The Computer Museum in Boston closed and the corporation was dissolved. We declared our independence by incorporating as a California non-profit called the “Computer History Museum”. It was a startup again, but we owned an amazing collection and had a residue from TCM of seven committed board members. 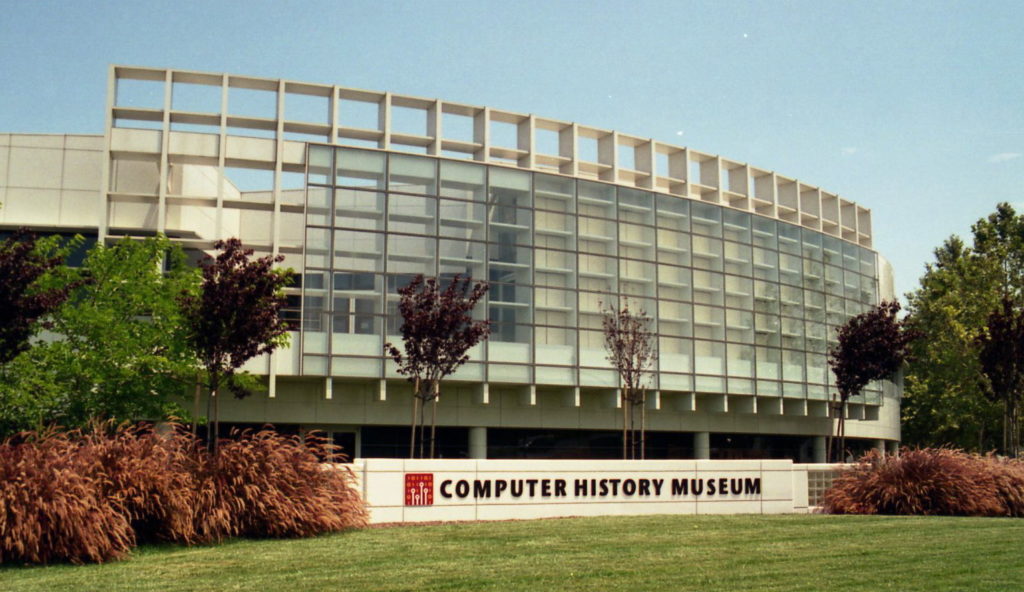 We used Visible Storage as a tool to tell the story of what we were planning, and we started raising serious money. We dreamed of building a purpose-built museum on NASA land, and even ran a competition to select an architect.

But in 2001 the dot-com bust happened, and suddenly there was interesting existing real estate available all over Silicon Valley. In 2002 we bought a fantastic contemporary 120,000 square foot two-story building on seven acres of land in the heart of Silicon Valley. Now we could focus on building a museum, not a building! 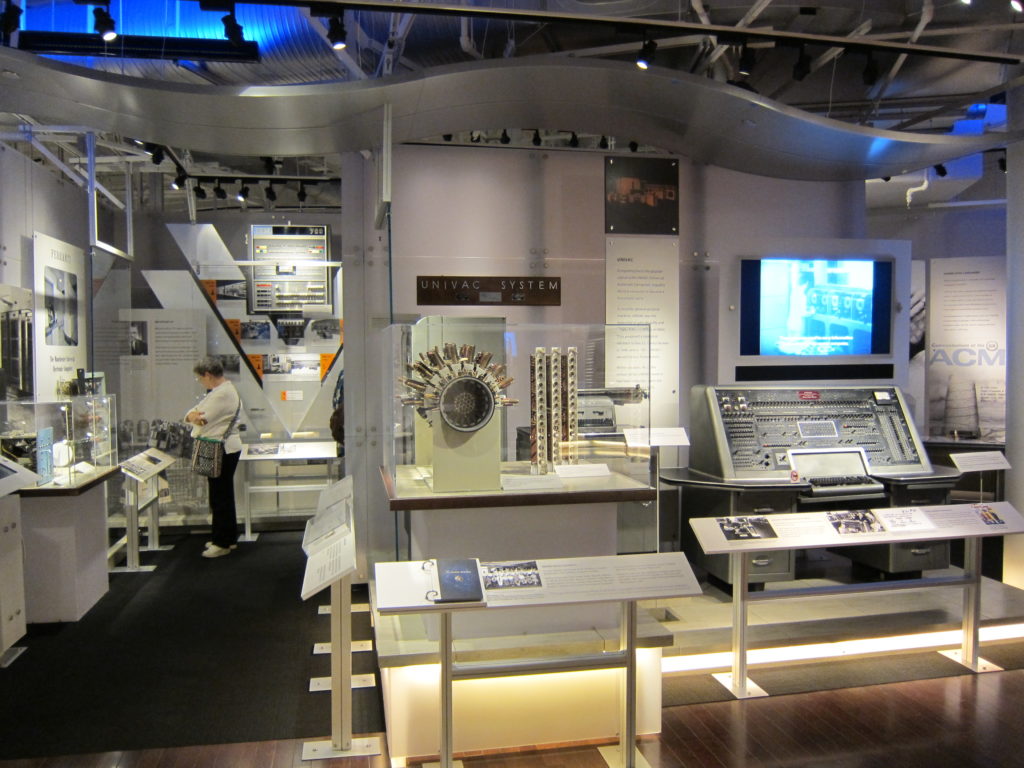 The initial dream was finally realized in 2011 when we opened our first permanent exhibition: “Revolution: The First 2000 Years of Computing”, both physically in the building and virtually on the web.

In the meantime we have also restored old computers, built many temporary exhibits, created an innovative education program, restarted the “Fellows” awards program, instituted a nationally-syndicated series of public programs, expanded the mission to include software, created a museum store and café, bought an offsite warehouse to store the many objects in the collection not on display, and put new energy behind the oral history program to preserve the first-person stories of the pioneers. And we are not at all finished; we have lots of plans for the future.

We are proud to be the continuation of what Gwen and Gordon Bell created 35 years ago. The path may have been circuitous, but our big bang, and the source of our DNA, was the opening of the “Digital Computer Museum” on September 24, 1979.