There has never been a better time than now to start a new company, and never a better place to do it than in Silicon Valley with an exponential state of mind.

The Exponential Center is leading an ambitious program to capture and share the stories of pioneering venture capitalists and their partnerships with disruptors and innovators that extend from idea to IPO and beyond. The companies they have created together have led to new industries and jobs, generated tremendous wealth, and changed the way we live. Through a variety of activities that capitalize on the Museum’s core strengths, the center will explore what the industry does, how it works, and what happens when venture capitalists and entrepreneurs join forces to create a company.

We are actively adding oral histories of key players in venture capital to the Museum’s renowned collection. Video interviews and transcripts are available to researchers and for events and educational programs designed to share key insights about the industry. See the full list of CHM venture capital oral histories.

David Morgenthaler, one of the nation’s earliest venture capital investors, looks back on his career at the age of 92.

NEA cofounder Chuck Newhall shares his war experiences and successes and challenges he faced as a venture capitalist.

Through a partnership with the National Venture Capital Association (NVCA), the Exponential Center has received copyright ownership of 38 noteworthy oral histories of pioneering venture capitalists that will be preserved and made accessible online. This collection is particularly noteworthy in that it includes some of the very earliest venture capitalists, such as Walter Curley of JH Whitney and Paul Wythes of Sutter Hill, both of whom are deceased. See the full list.

Patricia Cloherty is chairman and CEO of Delta Private Equity Partners and manager of the US Russia Investment Fund and Delta Russia Fund.

Dave Marquardt is a cofounder of August Capital and Technology Venture Investors, the sole investor in Microsoft.

The Exponential Center is pursuing oral histories that capture the full scope of a venture firm’s evolution and impact by interviewing founders and key partners. To explore the relationship between iconic companies and their funders, the center also conducts joint oral histories with investors, entrepreneurs, and executives.

Highlights from a series of five oral histories detail the evolution and accomplishments of New Enterprise Associates (NEA).

Events onsite and online reach audiences across the US and around the world. Past venture capital events at the Museum explored Reid Hoffman’s concept of blitzscaling, the early years of the industry, post-mortems of failures, and generations of change in the industry.

Alpha Girls: The Women Upstarts Who Took On Silicon Valley

Carmen Chang and Hans Tung discuss their experience as two of the leading venture capitalists involved in bridging Silicon Valley and China.

Fire and Fuel: Founders and Funders 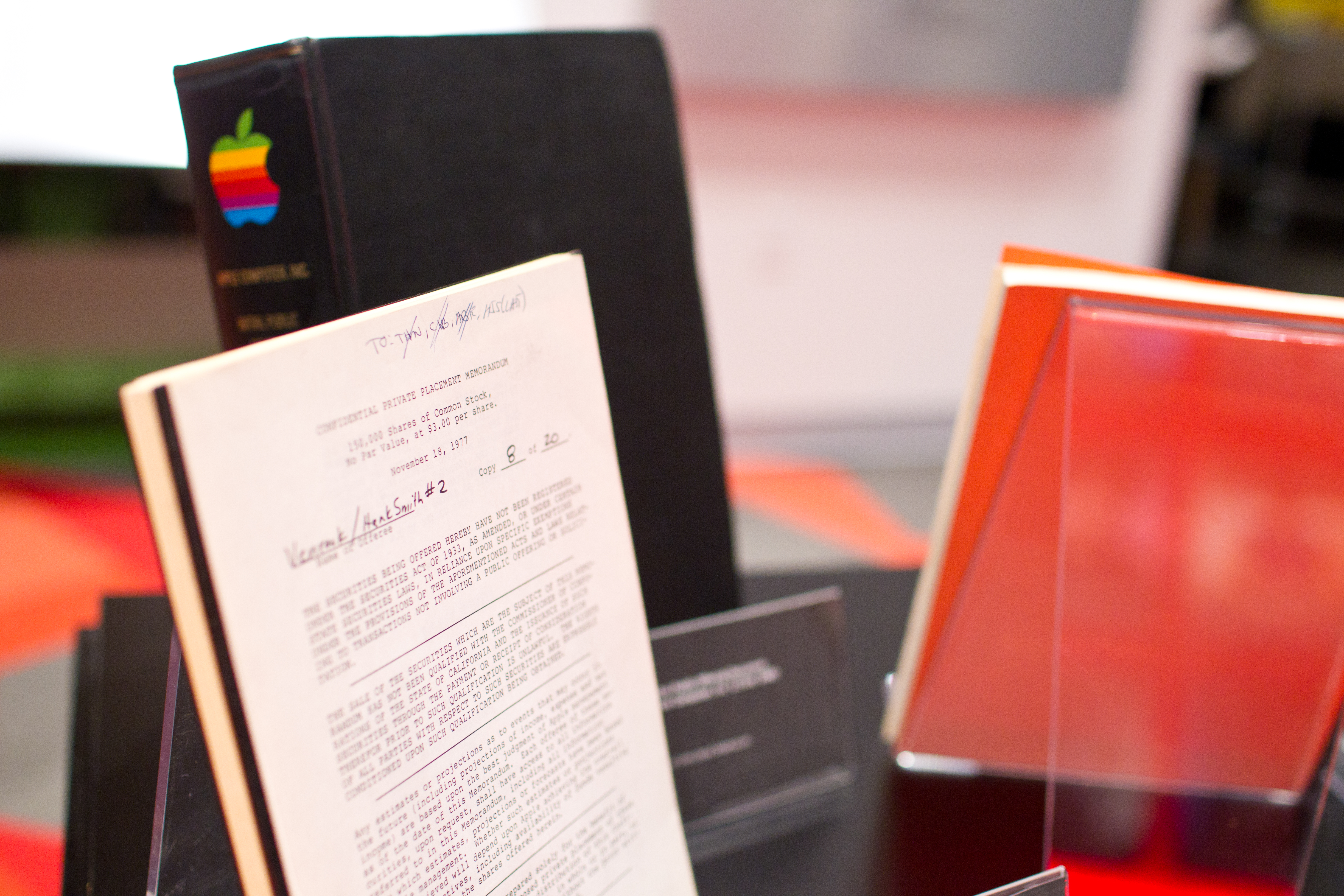 Collections are made available to the media, authors, researchers, and the general public and are used to create compelling exhibits as well as provide context for events and live programs at CHM.

The Exponential Center’s inaugural Distinguished Fellow was Sebastian Mallaby, whose new book, The Power Law: Venture Capital and the Making of the New Future, to be published by Penguin in March 2022, is aimed at a broad audience and explores venture capital’s role throughout history.

Born in Britain, Mallaby is a Senior Fellow at the Council on Foreign Relations who has served as a columnist for the Washington Post and Financial Times. His work has appeared in publications such as the Wall Street Journal and the Atlantic and he has been a guest on radio shows such as NPR’s Morning Edition, Marketplace, and Planet Money. Previous books include The Man Who Knew (2016), More Money Than God (2010), and The World’s Banker (2004). Mallaby’s year-long fellowship concluded in July 2019.