By including CHM in your estate plans, you may become a member of the prestigious Grace Hopper Legacy Society, aligning your support with the values that guided Hopper and that guide CHM: hard work, lifelong learning, and passion in all we do.

Review our levels and benefits to find the option that’s best for you.

Bequest gifts are one of our most important sources of future planning. They help us secure our future and strengthen our many exciting programs. Your legacy will endow and perpetuate the standards of excellence that our community has come to expect from CHM.

Learn more about Grace Hopper, who inspired our legacy society.

Our levels and benefits are inspired by Grace Hopper. Choose between Admiral and Captain. Hopper attained both ranks during her career in the Navy.

Questions? Contact us and we’ll help you find the level that’s right for you.

Admiral is the highest rank in the US Navy. Hopper attained the rank of Commodore (later renamed Admiral) in a ceremony presided over by President Ronald Reagan in December 1983. Two years later, the rank of Commodore was renamed Rear Admiral. After a 42-year career, she retired in 1986 and received the Distinguished Service Medal, the highest noncombat decoration awarded by the Department of Defense.

Hopper retired at 60 with the rank of Commander in 1966 but was recalled in 1972 to active duty and promoted to Captain in 1973 by Admiral Elmo Zumwalt, a Navy legend whom President Bill Clinton called “the conscience of the US Navy.” As befitting her flag rank, an Arleigh Burke-class guided missile destroyer was named USS Hopper (DDG-70) in her honor.

Who Was Grace Hopper? 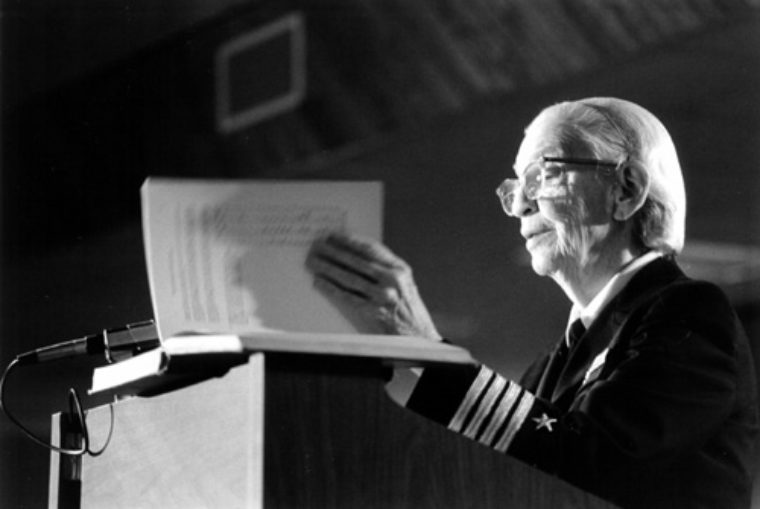 Rear Admiral Grace Murray Hopper (December 9, 1906−January 1, 1992) was a force to be reckoned with. Renowned for her mathematical prowess, wit, and leadership, Hopper worked on the earliest computers and quickly developed advanced software programs and tools to make programming computers easier. 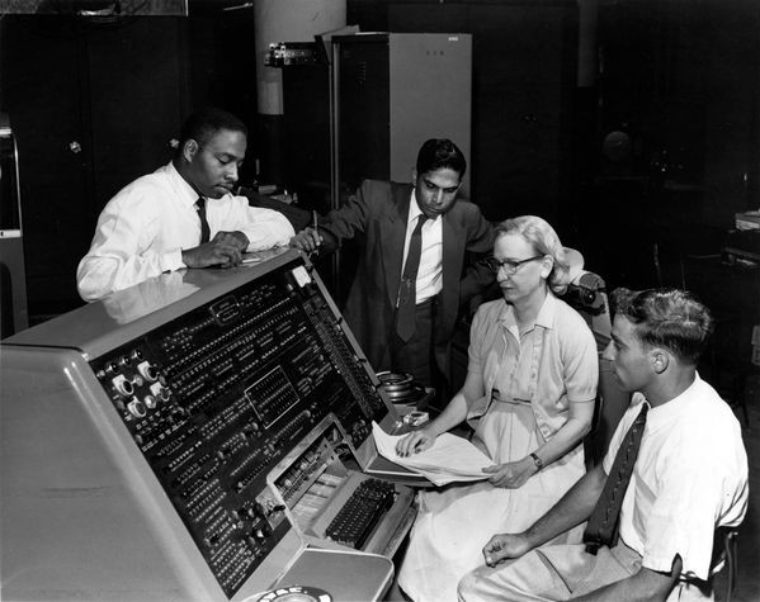 Grace Hopper at UNIVAC I Console, 1957

In 1931 Hopper began teaching mathematics at her alma mater Vassar College, leaving in 1943 to join the US Navy Reserves. Her first assignment was with Howard Aiken of the Harvard Computation Laboratory where she programmed the Harvard Mark I, a general-purpose electromechanical computer used during the later years of World War II. 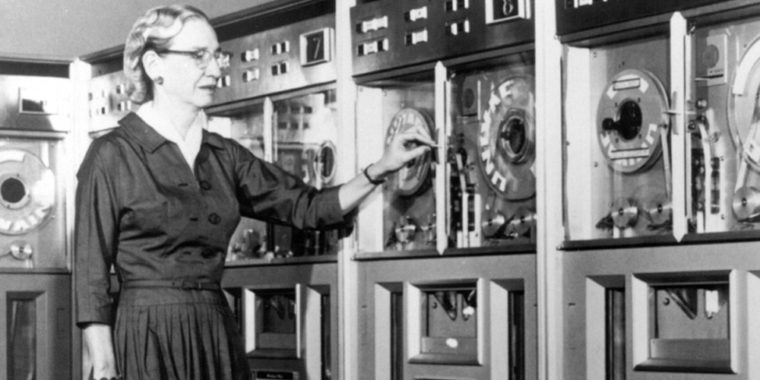 Grace Hopper in front of UNIVAC, 1961

After the war, Hopper joined the Eckert-Mauchly Computer Corporation and developed A-0—often considered the first compiler—a software tool used to help write other programs. She was also involved in the development of the COBOL programming language, of which there are still millions of lines of running code. Throughout her life, Hopper was a popular educator and speaker on the coming computer revolution to generations of people, from undergraduates to Navy Admirals. 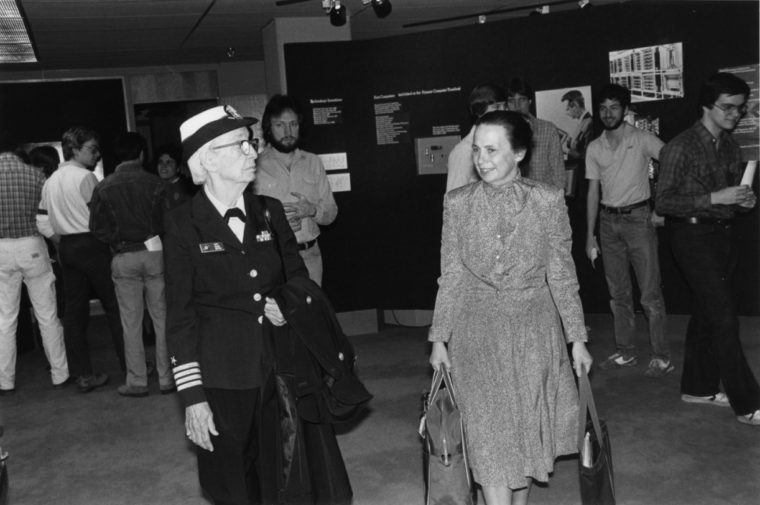 For her extraordinary contributions, The Computer Museum (TCM) in Boston named Rear Admiral Grace Murray Hopper as its inaugural Fellow in 1987.  On November 22, 2016, she was posthumously awarded the Presidential Medal of Freedom by President Barack Obama.

Image: Grace Hopper and Gwen Bell standing in an exhibit at The Computer Museum. Gwen is carrying Grace’s carry-on bag. Collection of the Computer History Museum, 102711924.

Making a planned gift—whether by including a bequest to the Museum in your will or by naming CHM as the beneficiary of a charitable remainder trust, life insurance policy, or retirement fund—provides essential support for the Museum’s future. Planned gifts can offer significant tax advantages and in some cases generate lifetime income for you or your chosen beneficiary.

Learn more about Estate and Gift Planning at CHM.

For more information on how these gifts might work for you, contact us to learn more about Estate and Gift Planning.