What You Do Is Who You Are: Exploring Culture With Ben Horowitz

What exactly is company culture and how do you create it? Ben Horowitz, veteran entrepreneur and cofounder of Silicon Valley powerhouse venture capital firm Andreessen Horowitz mined history for some answers. He shared them on stage at CHM on November 21, 2019, with anecdotes and practical takeaways from his new book, What You Do Is Who You Are: How to Create Your Business Culture. The title says it all: culture is about action, not words. It is not the mission statement. Instead, culture is the subtle, nearly invisible force that shapes behavior. It is the assumptions people in the company use to make decisions when the CEO is not there. 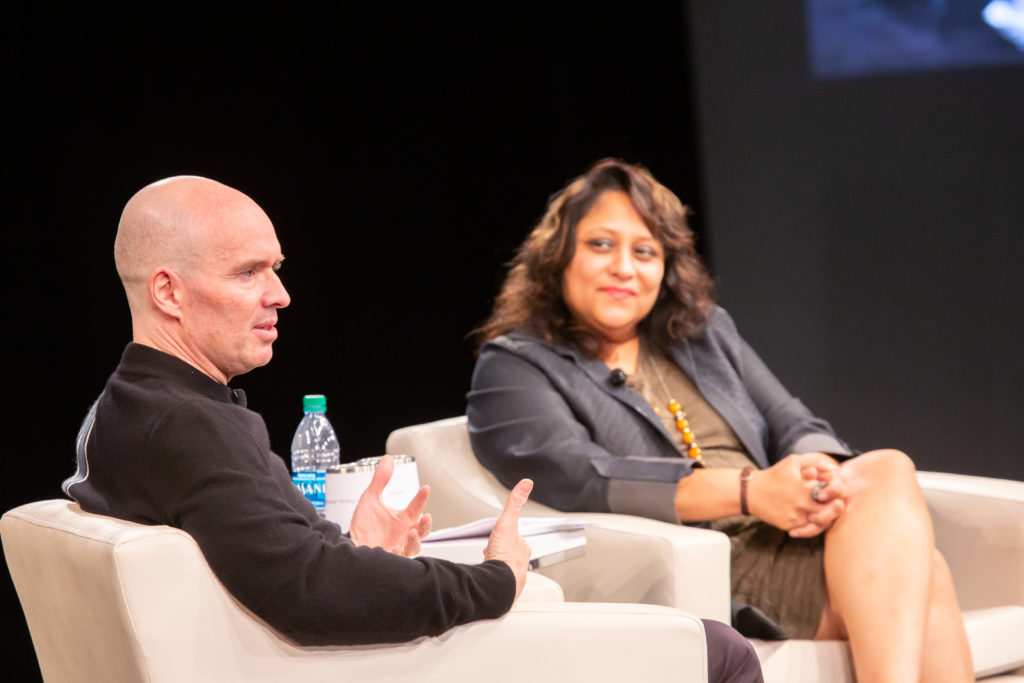 How do you set these nearly invisible behaviors and how can you make them last? Despite his long experience with countless successful Silicon Valley companies, Horowitz chose lessons from unusual and extraordinarily effective leaders . . . even if the cultures they fostered were violent or problematic. His book explores Haiti’s Toussaint Louverture, leader of the only successful slave revolt in history; the Samurai, who ruled Japan for 700 years and shaped modern Japanese culture; Genghis Khan, who built the world’s largest empire; and Shaka Senghor, an ex-con who created a formidable prison gang and transformed prison culture.

As a CEO, how do you get people to act in the way that you want? The samurai’s bushido code—“the way of the warrior”—lasted nearly 700 years and still infuses Japanese culture. It endured because it established clear requirements for behavior bounded by loyalty, respect, and sincerity and enforced them with severe consequences for misbehavior.

Horowitz describes how a strong culture based on a code of action like this can be translated into modern settings, like prison yards and companies.

To many CEO’s culture seems invisible because no one can really see their own culture, it’s “just the way things are done.” Company leaders, says Horowitz, must actively seek to understand their culture and then consciously promote it by defining specific actions that are acceptable as well as those that are not. The more memorable the better. Slave revolt leader Toussaint Louverture systematically transformed the culture of the French colony he governed to ensure its survival. He did so by creating and enforcing “shocking rules” that embodied the future he was trying to build. Netflix founder Reed Hastings used this concept to ensure that his management team fully absorbed a culture—and product—shift that would keep them competitive in the rapidly changing landscape of video technology.

Ben Horowitz explains why it’s necessary to shock the system to change culture.

The “why” matters more than the “what” in conveying culture to employees in an effective way. Culture is slippery, and using ambiguous phrases like “do the right thing” or “don’t be evil” doesn’t help people know exactly how to behave in complex situations. Horowitz describes how he encoded respect for the entrepreneur into his venture capital firm’s culture through easy-to-understand rules, clear punishments, and reasons why.

Ben Horowitz explains how he enforces respect for the entrepreneur.

Like rules, ethics must also be made explicit. Uber founder Travis Kalanick crafted energizing rules for his company culture and indoctrinated employees on the importance of being competitive. But ethics were not explicitly stated, Horowitz notes, creating situations where ethical and even legal boundaries were crossed in service to the clear mandate to “win.”

With refreshing candor, Horowitz says that every company’s culture is broken in some way. And though a healthy culture is critical, it can’t ever be more important than the products that keep a company in business. The goal should be to make culture better within the business strategy, and there’s no magic set of rules on how to do that or what it should look like. For example, Amazon and Apple, appropriately, have very different cultures.

Ben Horowitz explains why culture must align with business strategy.

You Are What You Do

Because you are what you do, conforming to company culture can change you, warns Horowitz. Culture comes from the top, so if you are not in alignment with company leaders, you should leave a job before you become someone you don’t want to become. Those same leaders, however, should be careful not to equate someone’s “color with their culture,” assuming a person’s race or gender alone reveals if they will be a good “fit” with the company. Instead, valuing the differing viewpoints, experiences, and strengths of diverse people within a shared culture allows people’s unique abilities to emerge and contribute to the company’s success.

Culture is the glue that holds people together when things go wrong as well as when they go right. It provides a sense of belonging and purpose—a reflection of the highest company mission, where success is measured by how well people treat each other during the time they spend working together.

“What You Do Is Who You Are,” Ben Horowitz in conversation with Sonal Chokshi, November 21, 2019.