The True History of the Pixel

Everyone thinks the pixel is trivial, but it is a very profound idea.

The tiny pixel is the “big idea” that ties all digital imaging together, transforming art, entertainment, and the world as we know it. Computing graphics pioneer and Pixar cofounder Alvy Ray Smith was on stage at CHM on August 11, 2022, to share insights from his new book, A Biography of the Pixel.

Moderated by former Senior Editor of Computer Graphics World Barbara Robertson, Smith told stories from his research about the innovators and innovations that brought the pixel into being. Here are a few highlights.

What exactly is a pixel?

Nearly every picture made today is made of pixels, and everyone thinks they look like the tiny colored squares you see in the digital images below. 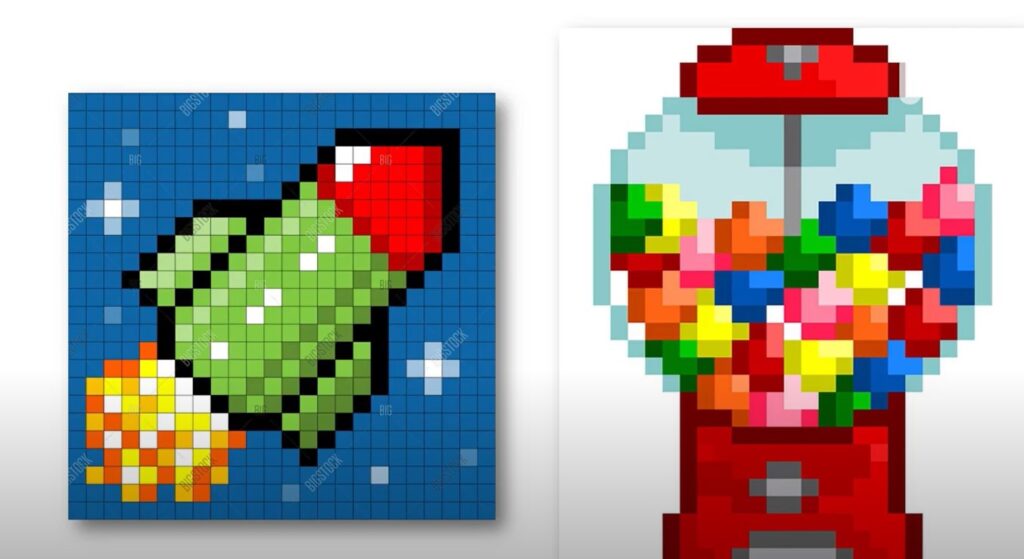 But pixels are not little colored squares and never have been. Because people think computers are hard, rigid, and linear, they think that the pictures they make must be too. “But,” Smith insists, “the computer is the most malleable tool that humankind has ever invented. It can be subtle beyond belief.”

So, if pixel is not a square, what exactly is it? Explaining that is tricky, and it was Smith’s motivation to write the book. We are awash in an ocean of pixels (a zeta pixel, or, 1 followed by 21 zeros, by Smith’s calculation), but no one really understands what they are.

You Can’t See A Pixel

Smith explains that the pixel is actually a sample of a picture. He outlines the mathematical theorem involved.

The formula that creates a pixel is like magic, but the pixel is not an approximation of the original. It’s exact if you do the sampling right.

On the Shoulders of Geniuses

When did the first pixel appear on a screen? Smith traced it back to a computer named Baby in Manchester, England, in 1947. This was about ten years earlier than the received wisdom. He ran into a lot of revisionist history as he explored the true origins of ideas around the pixel. There were virtually no “lone geniuses,” and Smith had to develop specific definitions in order to untangle the “firsts.” 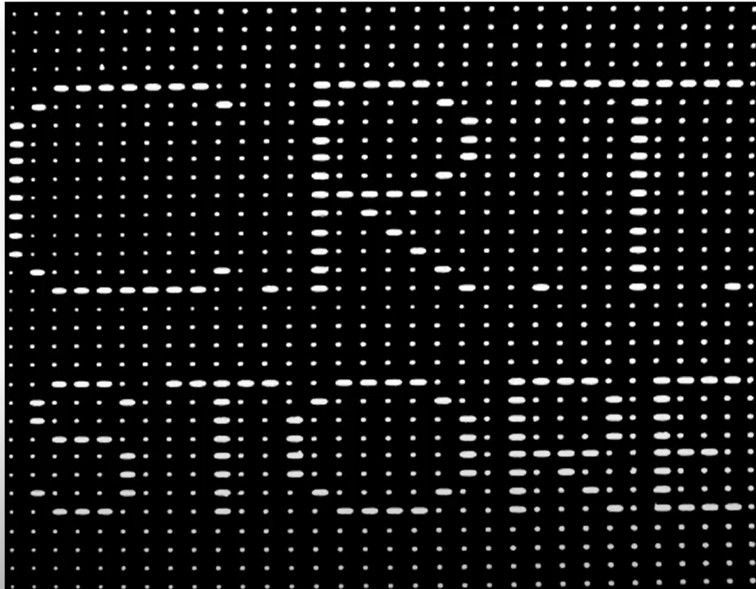 The screen of the Manchester Baby, the first computer to display pixels (1947).

By Smith’s definition, Alan Turing was an exception in that he was a singular genius who invented the first stored program computer in 1936. But it was essentially software and it was very, very . . . very slow. John Von Neumann, another genius, grasped what Turing had done and both realized to make it faster you needed to make hardware—an electronic stored program computer, or what we think of as a computer today. Once computers could go fast, people started making pictures on them.

Sharing his research on the first computer graphics, Smith restored Tim Johnson to his rightful place as the creator of the first 3D interactive computer graphics program (his MIT classmate Ivan Sutherland usually gets all the credit).

The first color pixels were created at NASA in the late 1960s, and the New York Institute of Technology (NYIT), where Smith helped build the best computer graphics lab in the world, developed the first RGB color pixels.

The NYIT became a seedbed for future Lucasfilm employees. But, they had issues to solve before they could make the first digital movie, and no one realized it would take 20 years. When they did, the “Central Dogma,” an unspoken agreement to be true to the real world, was key for computer graphics.

The Central Dogma is not a requirement, and Moore’s Law is not a law, but both have profound effects on computing graphics.

So, when did Moore’s Law converge with computer graphics? Smith says it came together with Pixar’s Toy Story in 1995, the first entirely computer-animated feature film. That’s when all old media types coalesced into one medium, an event Smith calls “The Great Digital Convergence.”

Today, says Smith, “We are on the verge of an astonishing explosion in art-making with computers.” He can’t wait to see what happens.