The Storage Engine: A Timeline of Milestones in Storage Technology

Together with semiconductor chips and software, storage devices serve as one of the three fundamental drivers powering the digital revolution. Semiconductor integrated circuits include the processors that manipulate data in accordance with software instructions and information that resides in a variety of storage units. The Storage Engine: A Timeline of Milestones in Storage Technology, a new online exhibit at the Computer History Museum, tells the stories of some of the key people, processes, products, and organizations that have contributed to advances in computer data storage. 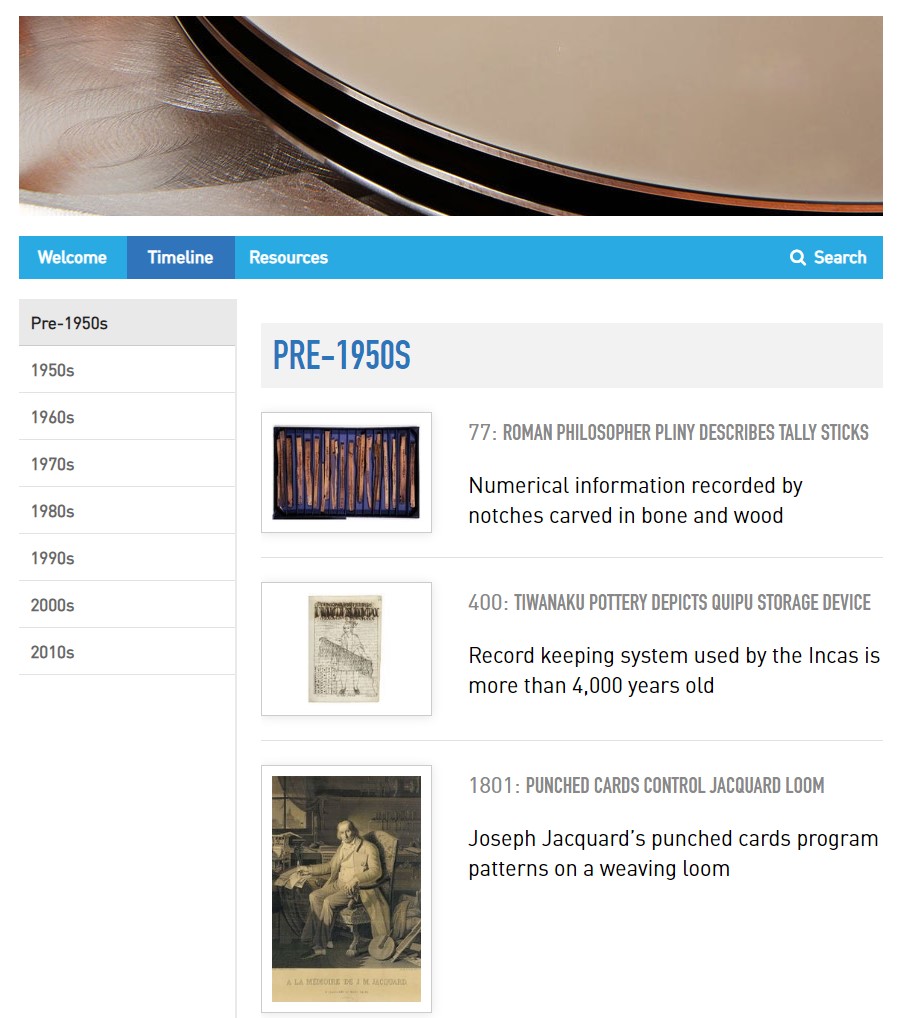 Through a complex history of innovation across different global cultures with different demands, storage technologies have evolved from the carved bones and stones of ancient civilizations to modern magnetic techniques that pack more than one trillion (1 followed by 12 zeros) bits of data into an area the size of a postage stamp. The Storage Engine comprises 58 chronological milestones that identify events, products, and ideas that contributed to the ever increasing capacity, performance, and utility of these storage devices that today range from portable “thumb” drives to the all pervasive “cloud.” Magnetic (disk and tape), physical (punched tape and cards), optical (CD, DVD, and holograms), and semiconductor (RAM and Flash) technologies are described, together with examples of numerous experimental approaches that were tried and found wanting.

Key computer data storage characteristics are the cost per bit, the speed with which it can delivered to the processor and the length of time for which it must remain available. The Memory and Storage Hierarchy is a visual presentation of the two broad categories of products covered by The Storage Engine. 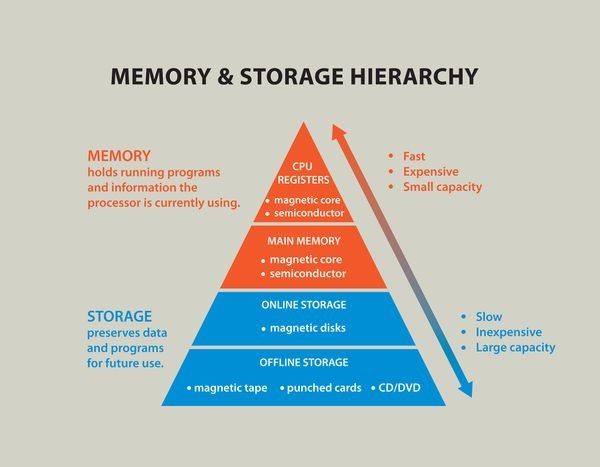 The upper levels, known as “Memory,” hold programs and information the processor is currently using. Memory devices must be fast and flexible and are typically based on semiconductor technology. In this diagram, the word “Storage” is used to designate those levels that preserve data and programs for future use. Storage units have to store lots of data, and be permanent and affordable so they predominantly employ magnetic technology. Devices closest to the apex of the hierarchy are usually the fastest and most expensive. No single approach meets all requirements so computers are designed with a blend of both memory and storage devices with varying speeds and capacities. 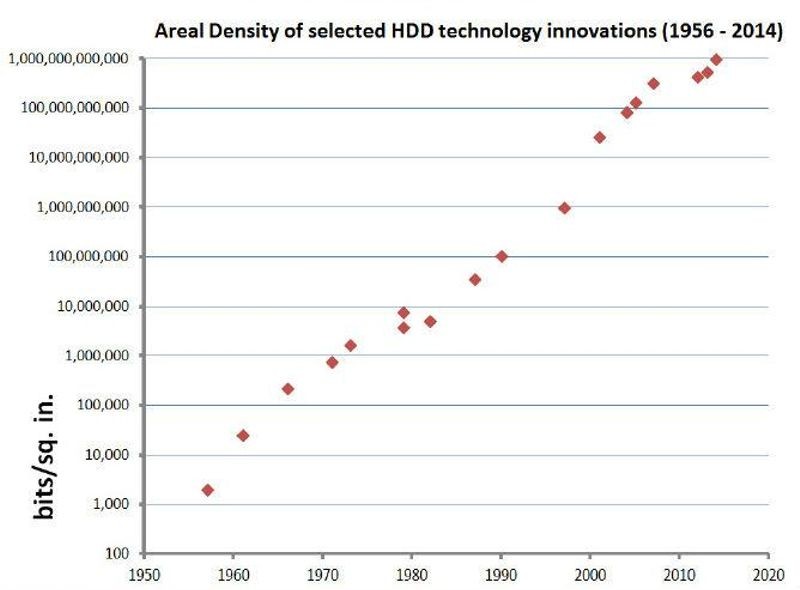 Areal density refers to the number of bits that can be squeezed onto a given physical area of a magnetic storage medium. Devices with a higher areal density typically deliver the lowest cost per bit. The chart shows the areal density of key technological advances in media materials, mechanical components, and manufacturing processes of many generations of hard disk drive (HDD) products described in the milestones. Since the first commercial HDD (IBM Model 350) was introduced in 1956, R & D efforts have increased areal density from two thousand bits per square inch to one trillion bits per square inch (Seagate 6TB) in 2014. This represents a compound annual growth rate in excess of 40% per year. Correspondingly, prices have dropped from $10,000,000 to less than $0.05 per gigabyte. Over this period the rate of increase in density for magnetic storage is almost identical to that of Moore’s Law – which forecasts how the number of transistors on an integrated circuit will increase over time (and which gets more attention).

The Storage Engine exhibit was developed in 2015 by members of the Computer History Museum’s Storage Special Interest Group with support from the Museum’s curatorial, collections and IT staff. It is a companion to the popular online exhibit The Silicon Engine: A Timeline of Semiconductors in Computers. The content is based on artifacts and documents in the Museum’s permanent collection as well as numerous industry and institutional resources (including those noted below). Additionally, more than 40 oral history transcripts with storage industry pioneers from the Museum’s Oral History Program were consulted.