In November of 2012, an event to celebrate the 25th anniversary of the SPARC microprocessor event was held at the Computer History Museum. The star-studded panel of technologists associated with Sun Microsystems’ SPARC processor drew a large crowd, many of them Sun alumni themselves. One of the audience members turned out to be Steven Muchnick, who was part of the original SPARC team. 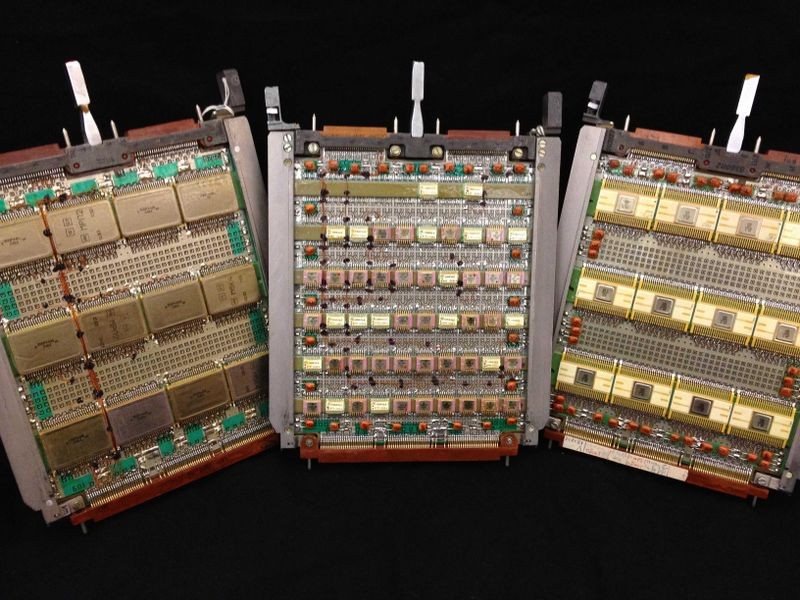 Events like this are often an opportunity for people to informally connect with the Museum’s staff and this event was no different. Steven Muchnick was interested in donating three circuit boards from a 1980s Soviet-era high performance computer, the Elbrus-2. When he contacted the Museum’s registrar, William Harnack, William knew that I would be quite excited to add another extraordinary object connected with Soviet computing history to the collection. I was familiar with the Elbrus line of high-performance computers; I had the opportunity to interview Boris Babayan, who was one of the principal designers of the machines, in 2009 and again for an oral history project in 2012. An article on that last visit and the 2011 SoRuCom conference were recently published in the IEEE Annals of the History of Computing.

How had Steven Muchnick come into the possession of these circuit boards? He had visited Moscow as part of a Sun Microsystems delegation in 1992. As the Soviet Union opened up under Gorbatchev, many of the very talented scientists and engineers were of great interest to European and American companies. Muchnick requested the boards directly from Boris Babayan who gladly offered them to the American visitor. 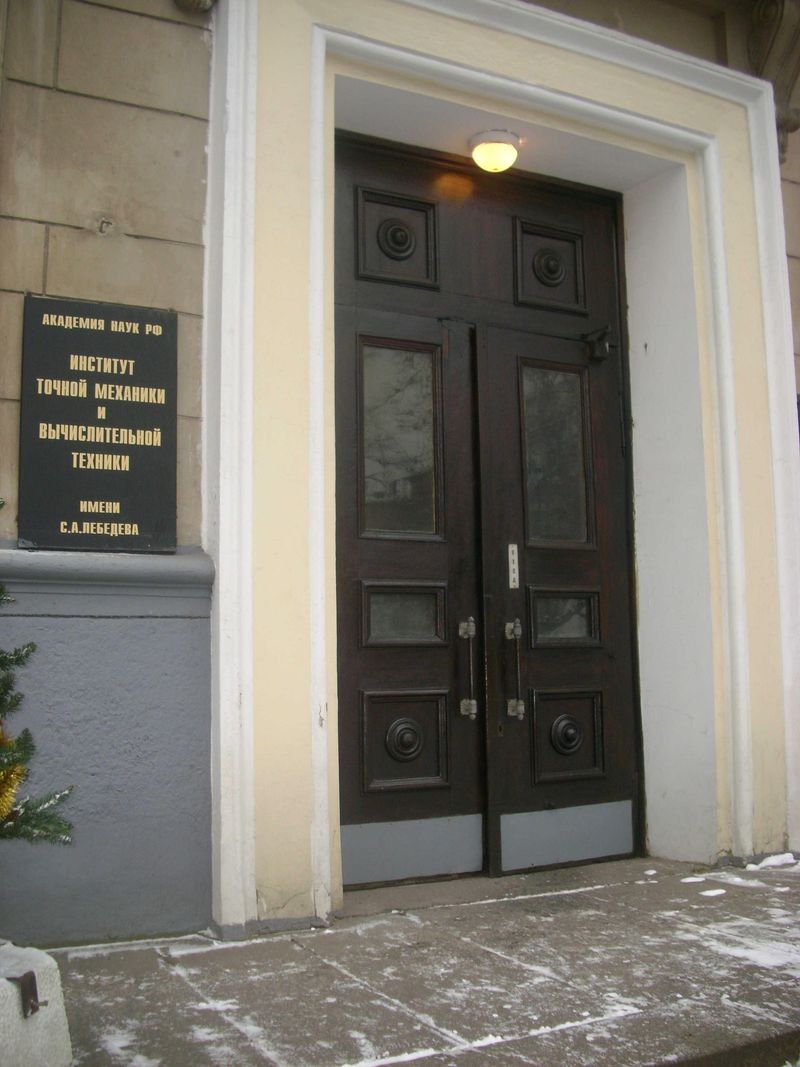 The Elbrus series of machines was designed at the Institute of Precision Mechanics and Computer Technology (ITMVT) in Moscow, a prestigious institute under the Soviet Academy of Sciences. Established in 1948, it came to prominence as the leading research center for high-performance computing under Soviet computing pioneer Sergey Lebedev, in whose honor the institute was later renamed. Lebedev had led the design of the MESM computer in Kiev in the late 1940s before designing the larger BESM in Moscow in the early 1950s.

Lebedev’s standing in the field and the close military ties of ITMVT allowed high-performance computing to stay on a path of independence. The BESM-6 was particularly successful in non-military applications and over 350 of the machines were built for almost twenty years starting in the late 1960s.

The role of supercomputers in the American scientific and military establishment continued to grow by the 1970s, a situation seen with much concern in the Soviet Union. Particularly the introduction of computers like the Seymour Cray-designed CDC 7600 led to serious discussions about the future of high-performance computing. Two competing proposals emerged at ITMVT: Vladimir Melnikov proposed a compatible BESM-10, Vsevolod Burtsev favored a new machine, the Elbrus, named after the mountain in the Caucasus.

As Lebedev stepped down from his role at the institute in 1973, an internal power struggle for leadership shaped the future of Soviet high-performance computing. Unable to gather enough support, Melnikov departed and Burtsev’s appointment as Lebedev’s successor guaranteed the selection of the Elbrus architecture.

The design of the Elbrus systems was heavily influenced by its intended applications: anti-ballistic missile defense, atomic energy, weapons design, and other military-industrial uses. The combination of real-time control and high-performance computing is an unusual one; the resulting requirements were high performance, high reliability, and ease of programming. Experience at ITMVT with designing high-reliability military systems like the 5E92B influenced some of the implementation.

But Burtsev, Babayan, and the rest of the Elbrus team also examined then current computer architectures from the West and found the Burroughs B 5000 to be most compelling. The Elbrus architecture featured multiple CPUs, multiprogramming and multiprocessing, hardware tagging, and support for high-level languages. A new programming language, El-76, was devised for all levels of programming.

The initial Elbrus implementation, the Elbrus-1, was running acceptance testing by 1979. A small number of Elbrus-1 machines were produced and many reports of reliability problems tarnished the project. A dual-processor Elbrus-1 took years to deliver to an installation in Estonia and was finally operational in 1986. 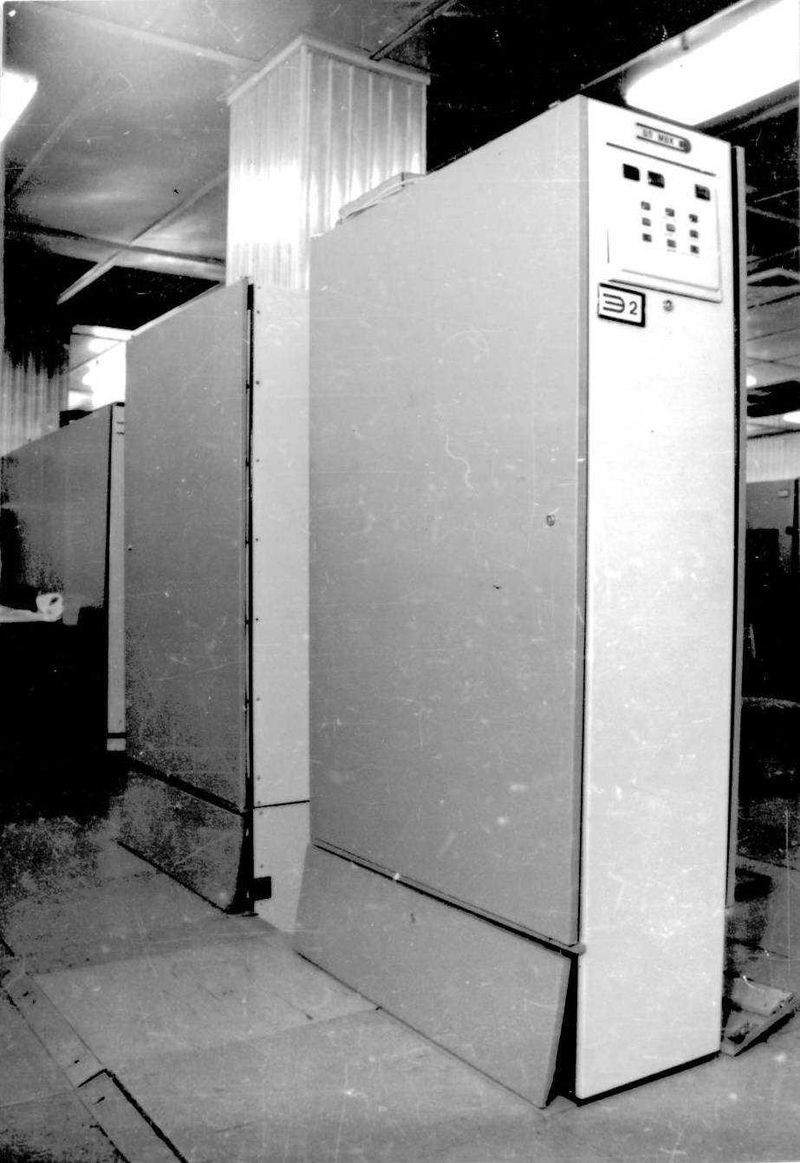 The Elbrus-2, the successor design to the Elbrus-1, was on the drawing board in 1978, right after the Elbrus-1 prototype was running. The Elbrus-2 was clearly what was originally envisioned as a high-performance computer. The switch from slower TTL technology to high-speed ECL logic and the introduction of semiconductor memory achieved that goal. The Elbrus-2 had a fivefold clock speed advantage over its predecessor, but was effectively ten times as fast due to some new instructions that accelerated scientific computations in particular. In comparison to a contemporary Western supercomputer, the Cray X-MP, the Elbrus-2’s performance on a mix of applications had been measured to be on par when adjusted for clock speed differences (the Cray was clocked five times faster.)

But the problems typical in Soviet high-tech manufacturing plagued the Elbrus-2 as well. The prototypes were running in 1984 and full series production didn’t start until 1987. Many of the components available were unreliable and it took a switch in technology in 1989 to improve the issue. The Elbrus-2 was manufactured until 1992 at a total quantity of about 200 processors. However, many of these systems were very large and by 1989, five 10-processor systems made up half of all Elbrus-2 processors manufactured at that point. As was intended, most of the systems were installed for military applications and BESM-6 systems continued to operate for civilian uses. Considering the low expectations of reliability of Soviet technology, the BESM-6 turned out to be a reliable workhorse for many universities and other non-military uses. 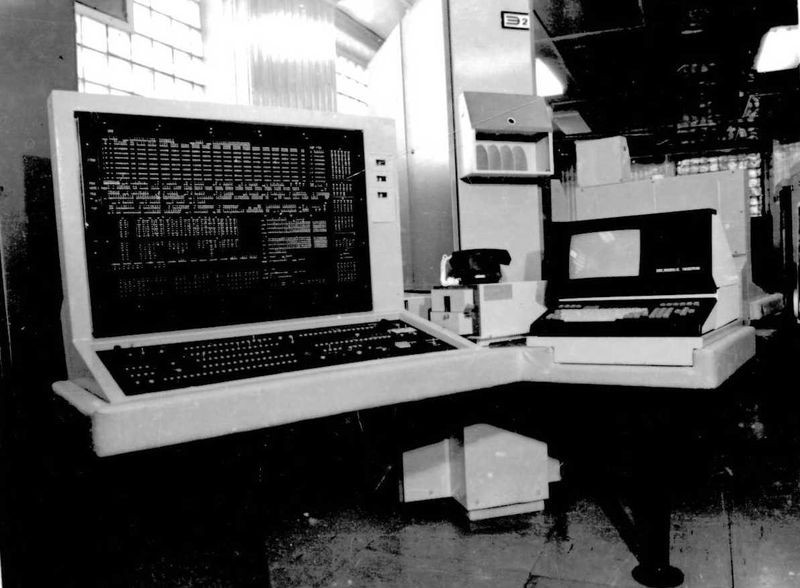 Just as they had done when the Elbrus-1 design work was coming to an end, the team around Boris Babayan embarked on a completely new design, the Elbrus-3, in 1985. Inspired by the FPS AP-120B array processor and the Multiflow Trace, the design of the Elbrus-3 used a very-long instruction word (VLIW) architecture, similar to the Cydrome Cydra-5, which was developed at the same time, both without knowledge of each other. 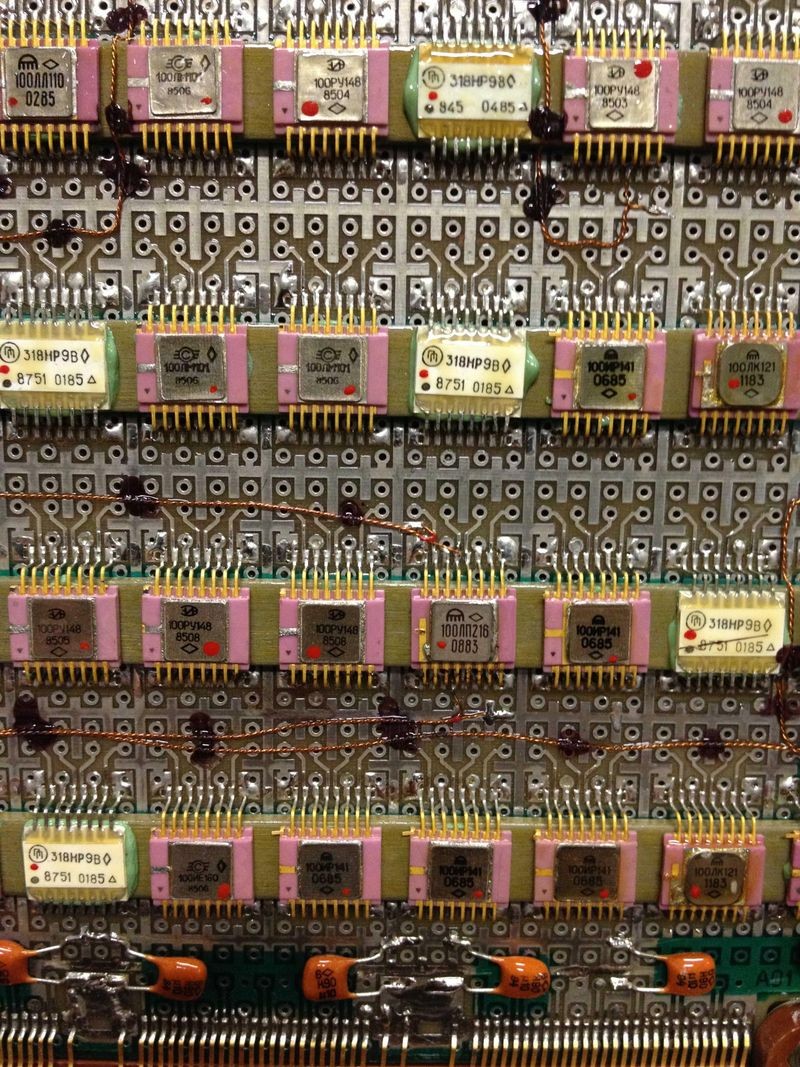 The early 1990s were a period of major change in the Soviet Union following the perestroika movement and the eventual collapse of the state. The team at ITMVT saw orders for its machines dwindle. Work on a microprocessor inspired by the Elbrus-2 (the El-90) laid the groundwork for a VLIW microprocessor implementing the Elbrus-3 architecture. This El-95 design was the basis of negotiations with several foreign fims. In 1990, the work was shown to Bill Joy, co-founder of Sun Microsystems, who saw the potential for a collaboration. Several meetings followed, including the visit that brought Steven Muchnick to Moscow. By 1992, contracts had been signed for Babayan’s team to form the Moscow Center of SPARC Technologies and to develop a SPARC-compatible processor based on the Elbrus-3 design.

During the mid-1990s, Babayan’s team started to work on the much-rumored E2k processor, a CPU that could execute both Elbrus VLIW and Intel x86 code. Technology news sites were caught up in the excitement of a possible Russian competitor to Intel, when the newly formed Elbrus International announced the E2k in 1999. While the late 1990s were a period of exuberance, the early 2000s were more sobering. In 2004, Intel absorbed the team working on the E2k and Boris Babayan, the Lenin Prize winner born in Baku, Azerbaijan, became an Intel Fellow.