Kathryn Sullivan has spent her life exploring at the extreme edges of humanity’s frontiers. She’s the only person to have orbited above the Earth and also traveled into the deepest sea trench in the ocean floor. To do so, she’s trusted her life to the world’s most advanced technology, and she has an intimate understanding of what it takes to push the boundaries of engineering to make those feats of exploration possible.

In her book, Handprints on Hubble: An Astronaut’s Story of Invention, the first American woman to walk in space recounts her experience as part of the team that developed and launched the Hubble Space Telescope. On June 24, 2020, Sullivan joined David C. Brock in a virtual CHM Live event and shared lessons about the importance of maintenance and invention for the Hubble, a device that’s revolutionized our understanding of the universe.

“I was your classic tomboy.”

Growing up in Southern California in the 1950s, Sullivan was encouraged to be a “co-explorer” with her inquisitive parents, and she developed an early interest in how things worked, a fascination with maps, and a bent toward adventure. While pursuing a degree in languages that she thought might lead to an exciting career as a diplomat or translator, her required science courses instead sparked an interest in the careers of her professors, and Sullivan switched her major to oceanography. For her PhD research, she mapped the seafloor in the North Atlantic and studied plate tectonics. One trip involved a vessel that had to be jury-rigged to deal with a problem that arose and Sullivan recognized the importance of creativity and mechanics’ skills when improvising, a lesson that she often drew upon in her later career.

Astronaut Kathryn Sullivan describes how executing space missions is like composing a symphony.

“This big telescope in space idea might be worth doing.”

During her ocean missions, Sullivan learned how to lay out scientific goals, identify equipment needs with plans for their installation on a ship, anticipate what could go wrong, and prepare for contingencies to optimize for success—all skills eminently transferable to becoming an astronaut. Sullivan is matter-of-fact about her decision to apply to NASA. She wanted to experience what it was like to orbit the Earth firsthand, likening it to the difference between seeing someone else’s vacation photos versus seeing the Grand Canyon for the first time in person. Despite the intense competition, she figured that her chances were “absolutely zero,” however, if she didn’t apply at all. She did, was accepted, and the rest is history: Sullivan was the first American woman to walk in space.

At NASA, Sullivan became involved in the development and planning of the Hubble Space Telescope, which from its vantage point outside the turbulence of the atmosphere could help reveal the secrets of the universe. In that project, she experienced firsthand the critical collaboration between scientists and engineers and the balanced interaction between architecture, inventiveness, and maintainability. The exquisite level of detail involved with Hubble came from its high profile and massive financial investment. Everyone on the team felt incentivized to do everything they could to turn a vision first articulated by astronomer Lyman Spitzer in 1946 into reality in the 1990s. The key to making it happen, Sullivan explains, was to rethink the telescope as an “observatory,” one that could be used by many scientists pursuing a variety of lines of inquiry over many years.

“It's probably a thousand times better instrument today than it was when we put it there.”

So that the scientific return would be worth the investment, the Hubble telescope had to be carefully maintained to ensure continued functioning as well as occasionally updated with new technology. That “maintainability” had to be designed from the start, even without knowing what future needs and requirements might be and what technological advances might develop. Instruments had to be repaired or replaced, swapped in and out, and new electronics added—all by astronauts in bulky spacesuits orbiting at 17,000+ miles an hour. 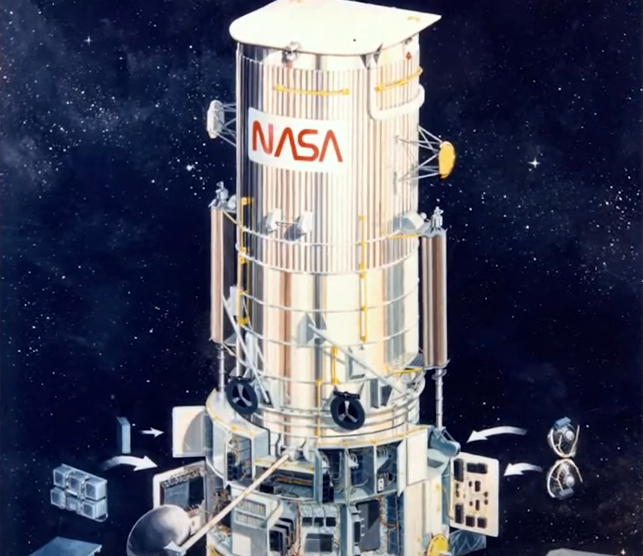 A key insight of the designers was that all the pieces and parts of the telescope that would need to be replaced or repaired must be easy for an astronaut to get at. That resulted in the “toroidal architecture” of the Hubble, with access panels wrapped around the outside of the device’s core. In addition, bolts, fasteners, wrenches, and other tools were made as interchangeable as possible so that they could be used for multiple tasks. Sullivan and the other astronauts undertook painstaking simulations underwater with prototypes and collaborated closely with engineers to fine-tune every tool as well as the protocols and procedures for using them. After years of anticipation, she and four other astronauts ferried the Hubble into space with the Discovery shuttle on April 24, 1990.

Unfortunately, due to a tiny imperfection, the telescope’s original mirror did not work—a public-relations nightmare for NASA. But the first servicing mission in 1993 successfully replaced it and the Hubble began its storied career uncovering mysteries about dark matter, gamma rays and comets, pinning down the age of the universe, and finding new galaxies and moons. Despite the early hiccup, Sullivan points out, the engineering promise when Hubble was built was that it would last for 15 years, and it has just celebrated its 30th birthday. There can be no better testament to the success of designing for maintainability.

Astronaut Kathryn Sullivan celebrates the ingenuity of designing for maintainability.

By the time of the first Hubble maintenance mission, Sullivan had moved on to become chief scientist at the National Oceanic and Atmospheric Administration (NOAA), an organization that she describes as “America’s environmental intelligence agency.” Her adventurous spirit is still alive and well today. This past June, she became the first woman to dive to the deepest part of the sea, the Marianas Trench/Challenger Deep, in a submersible called the Limiting Factor, a complex technology like the Hubble that “lets us humans physically go into, and be in, and explore places that we otherwise have no business being.” 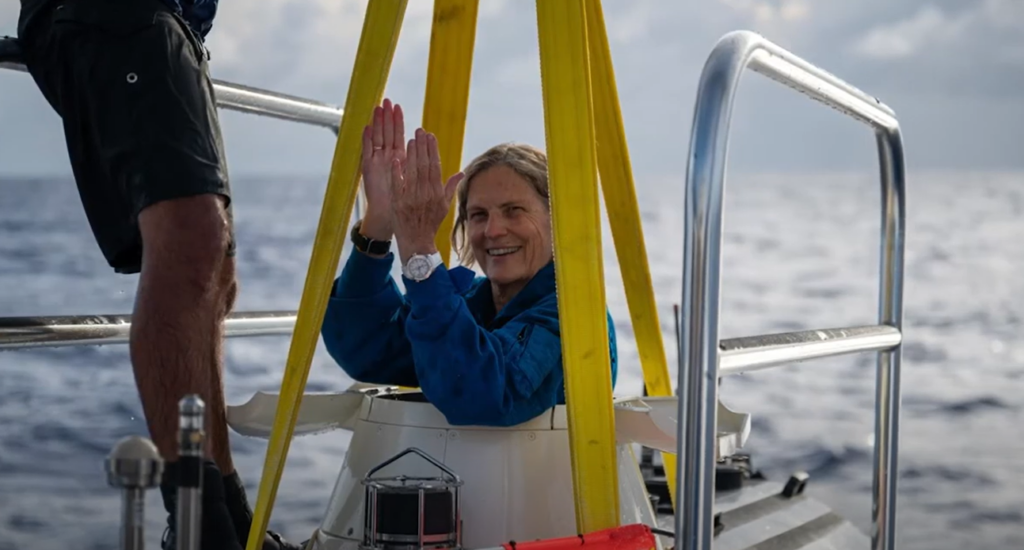 Appropriately, Sullivan’s “one word of advice” to young people is “Reach.” She believes that everyone should reach for “something beyond what you're absolutely positive you can get or you can attain.” And, she notes, it takes a different kind of courage to share these ambitions with others because “they’ll notice when you fall short.” Sullivan is clear that it takes a lot of grit, hard work, learning and trying and stumbling to actually attain the point that you aimed to reach, whether that's the top of Mount Everest, the bottom of the deep sea, or a college degree. In the face of her inspiring example, we can all but strive to do our best.

Be Good, Do Well