SRI ARC Journal: A Record of Engelbart and his Team

In 2006 Elizabeth “Jake” Feinler orchestrated the deposit of over 375 linear feet of records from what was then known as Stanford Research Institute with the museum. The records were from SRI’s Augmentation Research Center (ARC) and Network Information Center (NIC), which Feinler was formerly the director of. The collection was processed in 2011 by Feinler and museum staff, but not until recently was any part available online. With the generous support of SRI, the museum undertook a project to scan a major portion of the ARC Journal and now has over 18,000 pages of the journal in over 160 OCRd and bookmarked PDFs available through its catalog search. 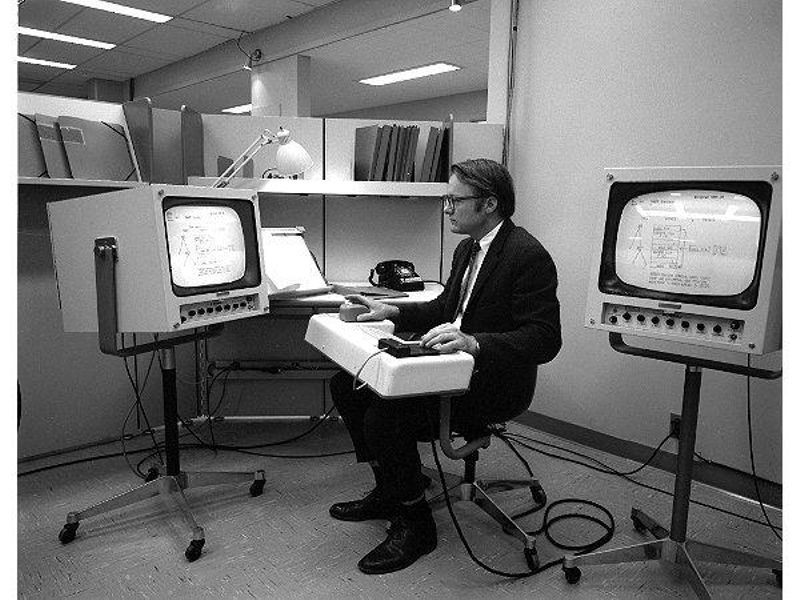 ARC was the laboratory started by Douglas Engelbart where the oNLine System (NLS), later Augment, was conceived. The ARC Journal was a subsystem of the NLS system and was probably the first online hypertext library. It was at the fingertips of any NLS user and part of the system they used to do their day-to-day work. As a document was developed or a program was written, it could easily be “journalized,” that is submitted to the journal where it was available for everyone to read and comment on. As such, the ARC Journal is one of the best primary sources of evidence of the work that was done at ARC. The Journal not only documents the design of the NLS system, but also the design and implementation of network protocols – particularly TCP/IP and e-mail. It contains design documents, early versions of protocols, discussions among staff and network users, versions of system and user documents, versions of proposals and contract documents, as well as discussions of the management decisions on various aspects of ARC business.

You may be wondering why the museum had to scan the Journal if it was an online library. The computer tapes containing the Journal went to Tymshare when the ARC group left SRI. While a majority of those tapes have been donated to the museum separately from Feinler’s donation, reading 7-track tapes is a painstaking process, and it is not yet clear if the Journal is still present on the tapes. Fortunately, the NIC, as the central information center for the ARPAnet and later the Internet, maintained a hardcopy version of the Journal to use when the system was down or when they needed quick access to the information for answering reference questions. The NIC retained this hardcopy even after ARC left SRI, and that copy is the version of the Journal the museum received in 2006. While it is not complete, it contains most of the early submissions and is invaluable as a source of information on NLS.

One position paper by Engelbart in journal 5706 should be especially interesting to anyone interested in information storage and retrieval. Engelbart speaks about the “’library problem’” – as computer systems are increasingly integrated into functions of everyday life, there will be an impact on the volume of recorded communication that will need to be stored, indexed, and retrieved, and “ the library problem is going to be made very much bigger by the very technology that provides hope for dealing with it.” This could have been written today. Information professionals are still grappling with how to store, index, retrieve, and preserve the sea of information created through daily activities. Engelbart correctly predicted “technology will likely open the floodgates to the production of a vastly greater volume and diversity of recorded material.” The issues Engelbart raises have only become more pressing in our “born digital” society. At the museum we have been attempting to address the issues of preserving and providing access to terabytes of historic digital material with our on-going project to build a trusted digital repository. Our digital repository team is trying to develop solutions that not only address the volume of digital records in our collection, but also the multiplicity of formats that have come and gone even since Engelbart wrote his position paper.