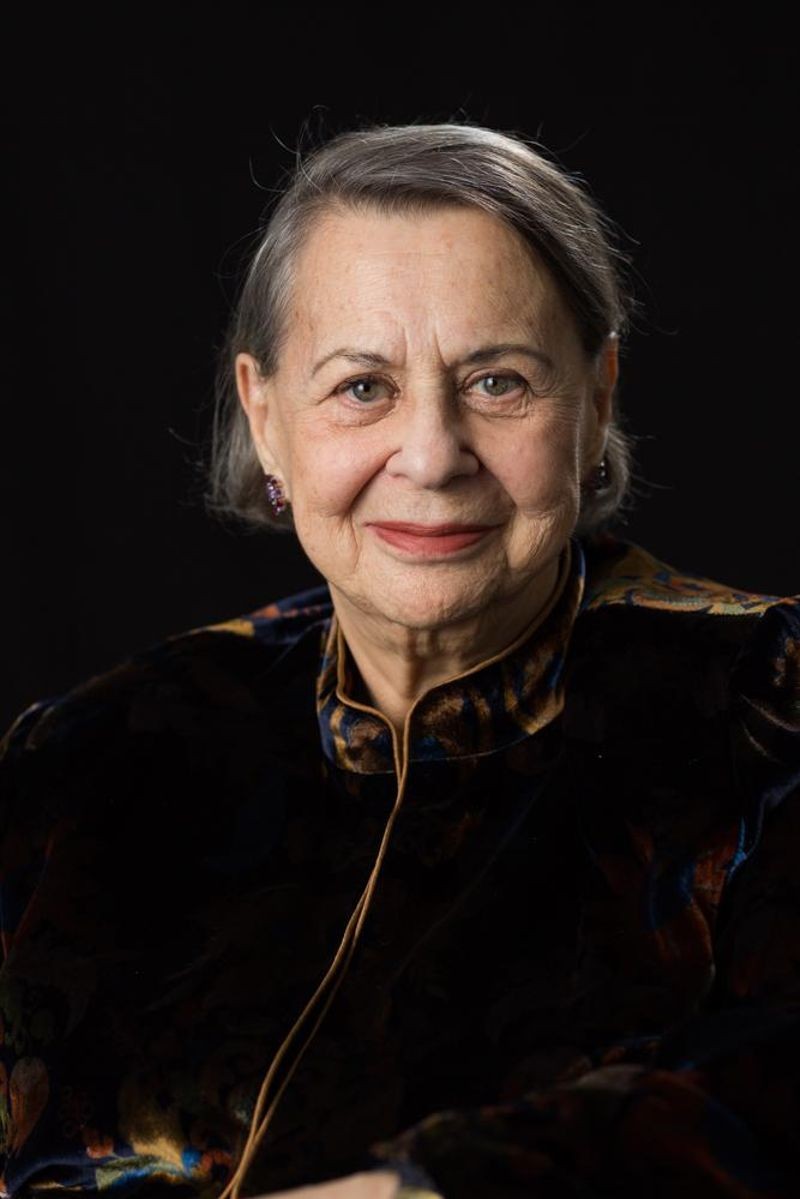 2015 Fellow Evelyn Berezin, honored for her early work in computer design and a lifetime of entrepreneurial activity.

Evelyn Berezin was born in the Bronx in 1925. With a scholarship at NYU, she received her BA in physics in 1945, followed by an Atomic Energy Commission fellowship for graduate study at NYU in 1946.

From 1951 to 1969, she worked at a number of companies and designed a variety of special-purpose computer systems, including one of the largest systems built at that time: a passenger reservations system for United Airlines, delivered in about 1962. The design of the central system (three independent, linked processors) served 60 cities throughout the United States with a one-second response time and no record of central system failures in over 11 years of operation.

Reaching a high level at any technical company at this time was a very rare occurrence for a woman, but getting into management was nearly impossible. To counter this, in 1969 Berezin started her own company, Redactron, to build mass-produced word processing systems. Redactron’s flagship product, the “Data Secretary,” was very successful and, at the peak of its business, Redactron employed over 500 people. Berezin sold the company to computer-maker Burroughs in 1976.

That same year, she was named one of the “Top 100 Business Women in the United States” by Bloomberg’s BusinessWeek magazine. Of these successful 100 women, Berezin was the only one who was president of a technology company.

Throughout her life, Berezin served on the boards of a number of public companies, including CIGNA, Koppers Co., Datapoint, and Standard Microsystems. She also served on the Board of Directors of the Stony Brook (University) Foundation and was a member of the Oversight Committee of the Faculty of Arts and Sciences at NYU. In 2015 Berezin was named a Fellow of the Computer History Museum.

Honoring the Life of Evelyn Berezin

We salute 2015 CHM Fellow Award Honoree Evelyn Berezin for her early work in computer design and a lifetime of entrepreneurial activity. Berezin was perhaps best known for founding Redactron, one of the earliest companies to build mass-produced word processing systems. Video: Produced by the Computer History Museum in 2015.