This is the fourth of five video releases of Boston Computer Society (BCS) General Meetings, by the Computer History Museum (CHM). Be sure to check out CHM’s playlist of BCS videos here and learn more about BCS on @CHM.

This month, the Computer History Museum is releasing several never-before-seen videos of The Boston Computer Society’s 1984 General Meetings. The BCS was the world’s largest organization of personal computer users at the time, and manufacturers often introduced major new products at BCS meetings to try to win over BCS members, many of whom were influential early adopters.

Watching events unfold in this grouping of videos, two interesting themes begin to emerge about personal computing in 1984. First, was how the introduction of Apple’s Macintosh would come to polarize many personal computer users into widely divergent camps: mainstream “PC Pragmatists” vs. “Macintosh Visionaries.” Second, was the start of a new question: What is a portable personal computer? In 1984, many different ideas were in play.

The year 1984 began with the biggest product intro in BCS history: Apple founder Steve Jobs came to Boston to introduce Macintosh at the January 30 General Meeting. 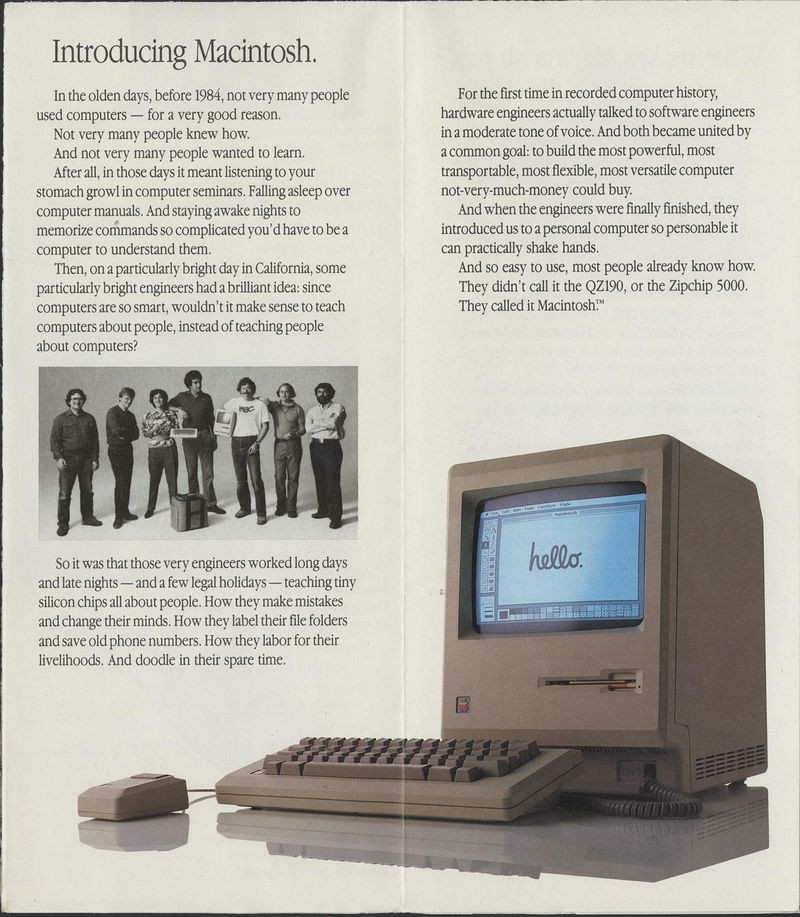 It was a $60,000 multimedia spectacle, staged by a Hollywood production company and presaged by a television ad, which aired during the Super Bowl the week before. Many of the 1,200 BCS members who attended that night saw Macintosh as the most important and revolutionary new computer of an era.

But not everyone was impressed. A surprising number of influential BCS members saw Macintosh as little more than a passing novelty. How did that happen?

IBM PC users loved IBM’s industrial-strength, 16-bit processor and robust operating system. Compared to the current generation machines, the IBM PC had more horsepower under the hood. , had an open architecture, used off-the-shelf parts, and had spawned its own ecosystem of low-cost clones.

All the best new “power productivity” software reliably came out first for the IBM PC. The BCS’s April 1984 General Meeting was typical of the feast of new offerings for PC users. It featured Lotus’ Chris Morgan introducing Symphony, Lotus’ next generation of 1-2-3 that added word-processing and database capabilities. 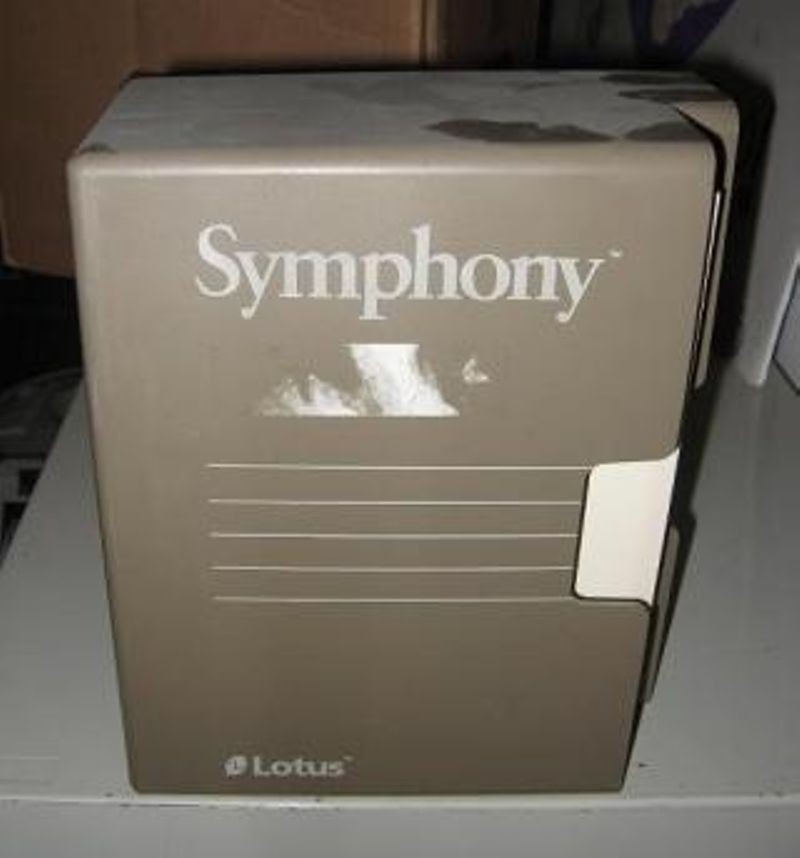 Meanwhile, Lotus’ 1984 software package for Macintosh users was a strange and underpowered spreadsheet called Jazz. The most distinguishing aspect of Jazz was that its manual came wrapped in a hip scroll of black rubber.

Despite the pragmatic arguments for IBM and MS-DOS, the overwhelming reaction by members at the January 30 meeting was that Macintosh represented something far more compelling. The guiding idea behind Macintosh was that everyone should be able to use a personal computer intuitively without having to become a computer expert. The ideal personal computer would be one where the computer disappeared into the background, and the user could be 100 percent engaged in whatever they wanted to create or do. The IBM PC was moving in the opposite direction. Mastering an IBM PC required memorizing arcane command-line syntax, managing cryptic configuration files, and studying hundreds of pages of user manuals. Steve argued that if IBM/MS-DOS became entrenched as the universal, immutable platform of personal computing (which it seemed to be becoming) the consequences would be dire. The worst aspects of minicomputer user design would be frozen into the PC for years to come. Personal computers would steadily become harder to use and more complex; nontechnical people would find computers extremely daunting; most people would spend more and more time being slaves to their computers; and transformative, user-centered innovation would become almost impossible.

That night, a corps of Macintosh Visionaries was born. They founded BCS-Mac, which would become the largest Macintosh User Group. It would be a magnet for passionate Mac users everywhere, who believed that personal computers should be simple, ingenious, powerful, and infinitely creative. But, it was ultimately the PC Pragmatists—believing that personal computers should be solid, modular, practical, and standards-driven—who would win the 1980s.

2. What Is a Portable Personal Computer?

IBM started the dialog at the BCS’s February General Meeting with its introduction of the IBM PC Portable. IBM’s first portable wasn’t particularly notable; it looked strikingly similar to the original Compaq computer, which fit the PC into a sewing-machine-sized case.

In May, Sinclair Research’s US head, Nigel Searle, came to the BCS with a very different proposition: The new Sinclair QL.

Sinclair’s Nigel Searle introduces the Sinclair QL at the BCS’s May 23, 1984, General Meeting 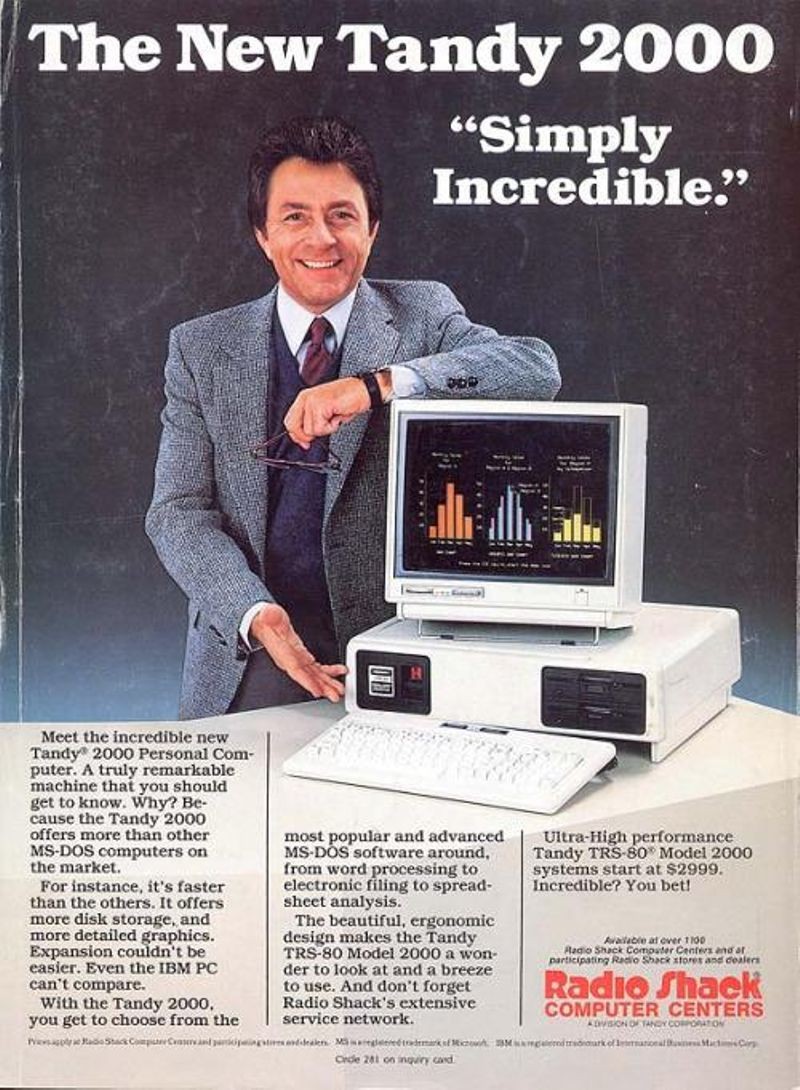 “Most people don’t have a pocket calculator and also a big calculator on their desks,” he explained. “They have a single pocket model that they use for all their calculations. Likewise, I think that, as we’re able to put more power into portable computers, the idea of a large desktop computer will simply disappear.” He suggested that every personal computer company must have a long-term plan to build a super-powered portable computer. Sinclair’s vision of that “super-powered portable” had many similarities to today’s iPad. The QL established some of Sinclair’s ideas, including tiny removable storage cartridges.

At the June 19 General Meeting, Radio Shack CEO John Roach begged to differ. In Roach’s view, the full-power portables of 1984 (like Grid and Gavilan) were prohibitively expensive to manufacture, often 3-5x the cost of a desktop. Roach instead believed that his new Tandy 2000 would be the ideal mainstream, IBM-PC-compatible desktop and the TRS-80 Model 100 a perfect inexpensive, portable companion.

Several months later, Data General presented its answer at the BCS: A fully integrated, IBM-compatible laptop called the Data General One. DG was, arguably, the first company to figure out precisely what all laptops would become in the 1990s. The DG One was notepad-sized; had a full-screen-sized LCD display that folded up; and came with 3 1/2-inch disk drives. Unfortunately, in 1984, the machine was about five years ahead of the technology. Users panned the primitive LCD display (Infoworld said “the godawful screen made a better mirror than display”) and the One’s incompatibility with mainstream software packages.