February 7, 2017: Today is the 20th anniversary of the formal completion of Apple Computer’s acquisition of NeXT Software, Inc. Had Steve Jobs’ first company not bought his second, history likely would have been very different. Apple might not exist today. No iPhone. But what could have happened to NeXT? Former NeXT software leader and then-Apple Senior VP of Software Avie Tevanian has donated to the Computer History Museum a historic document that hints at this alternate history: a draft of a November 1996 S-1 SEC statement, never completed or submitted, declaring that NeXT was planning to issue an initial public offering of 5 million shares of common stock. 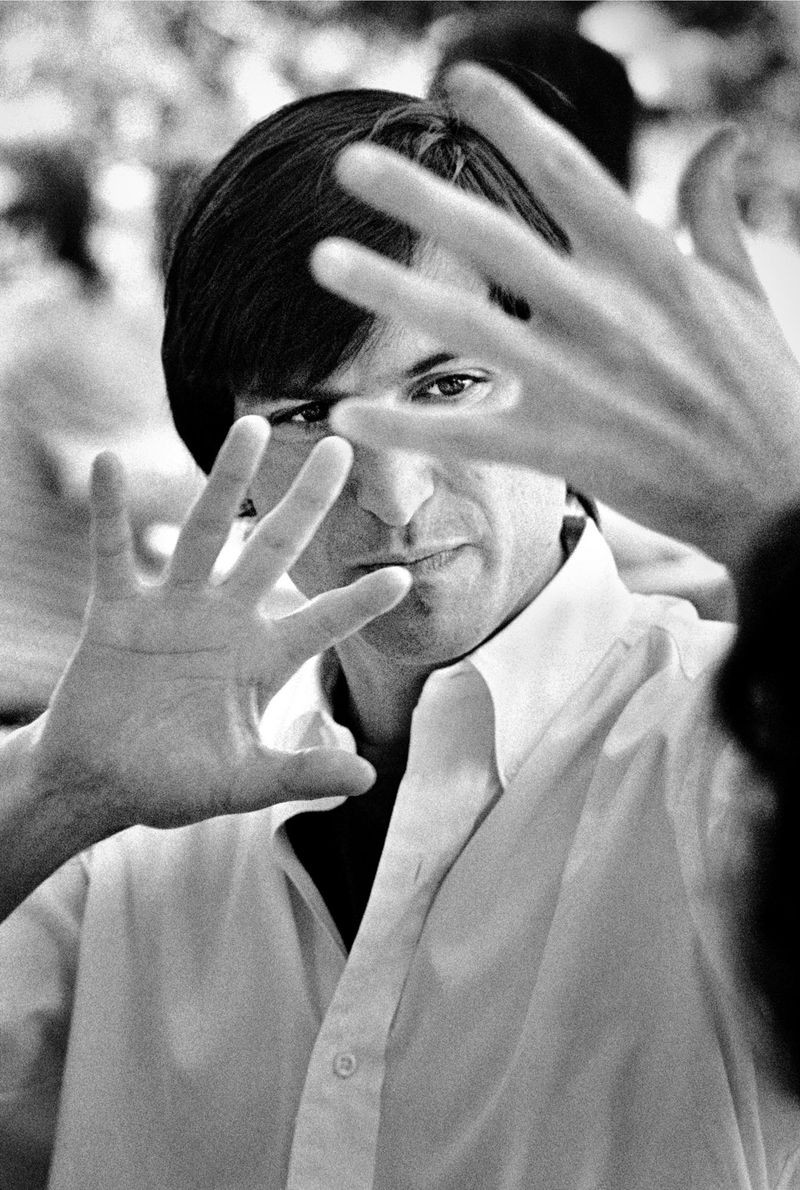 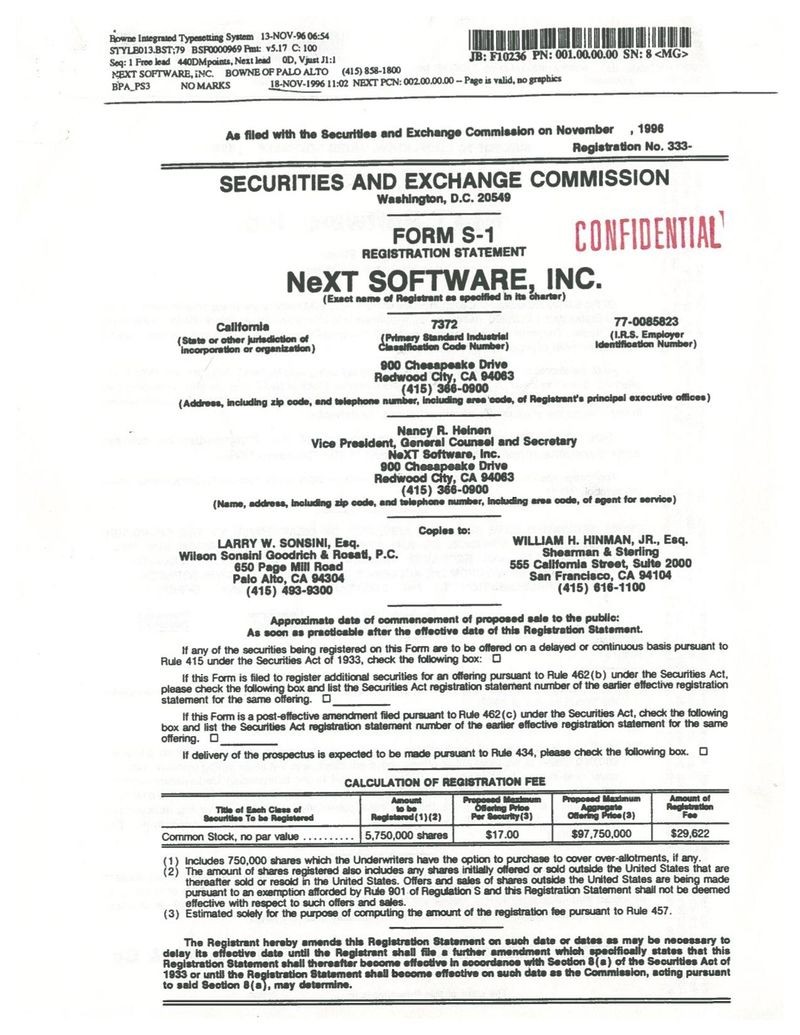 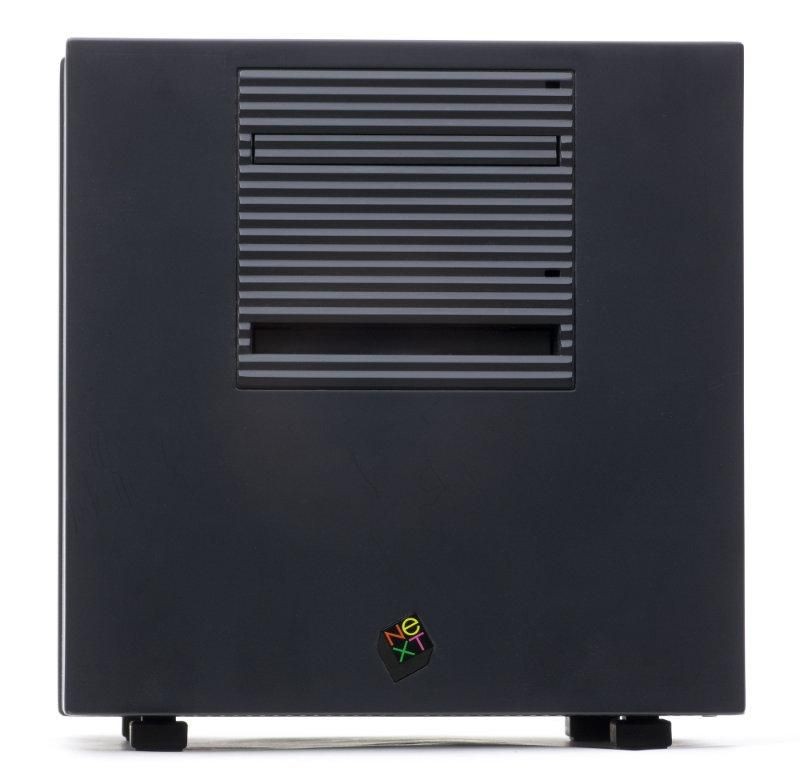 Steve Jobs and veterans of the Macintosh and Lisa teams founded NeXT in 1985 after Jobs resigned from Apple, ousted as chairman by a boardroom coup. Initially an integrated hardware and software company, NeXT’s computer was technologically advanced, but a market failure likely connected to its high price. Nevertheless, its operating system, NEXTSTEP, based on Unix and the Mach kernel, developed by Avie Tevanian and others at Carnegie Mellon, became widely admired. NEXTSTEP’s object-oriented software development environment enabled developers to write applications more easily. Crudely put, object-oriented software is fundamentally modular. Applications can be quickly made by reusing and extending pre-assembled modules, or “objects,” from libraries.

By fourth quarter of 1992, NeXT had adapted—“ported”—NEXTSTEP to Intel processors and discontinued its hardware line, pivoting the company toward software only, and selling NEXTSTEP to “enterprises,” large organizations, including AT&T Wireless, Merrill Lynch, the US Postal Service, Fannie Mae, and the US Navy. According to the S-1, NeXT had continued financial losses, only making positive net income of $1.03 million in 1994, after three consecutive years of losses ranging from $40 million to $66 million (p.24), much of it related to the closure of its workstation business. NeXT had realized that rather than competing against Sun, HP, Microsoft, and other enterprise platform vendors, it would do better by porting its software to their platforms. NEXTSTEP would become available for four processor architectures: NeXT’s own Motorola-based computers, Sun SPARC, HP PA-RISC, and Intel-based machines. In addition, NeXT separated its object-oriented development environment from its Mach underpinnings by porting what it now called the “OPENSTEP environment” to run on Microsoft’s Windows NT and Sun and HP’s versions of the Unix OS, even licensing its source code to Sun. It was a 180-degree turn from its earlier proprietary, vertically-integrated strategy, embracing wide, cross-platform availability and collaboration with its former competitors. The company changed its name from “NeXT Computer, Inc.” to “NeXT Software, Inc.” in 1995 to reflect its new focus. 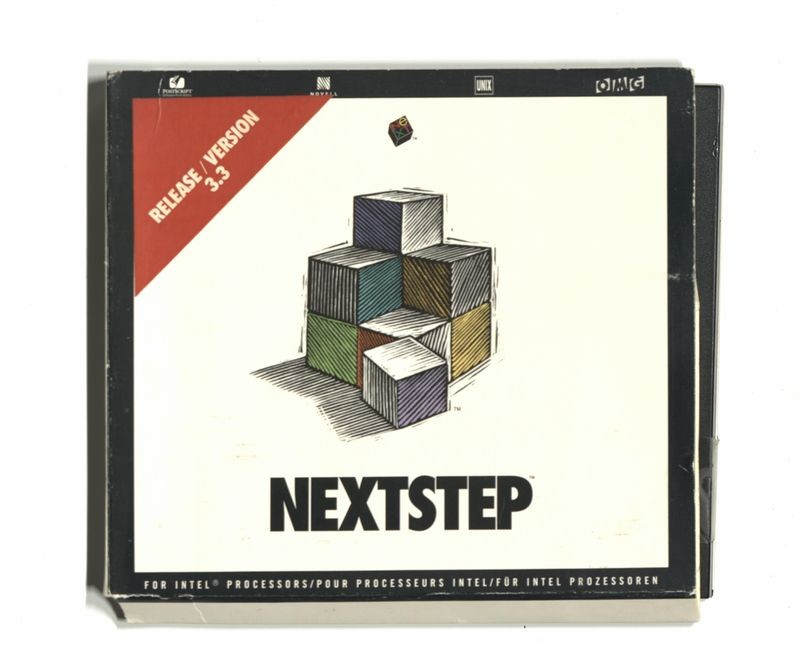 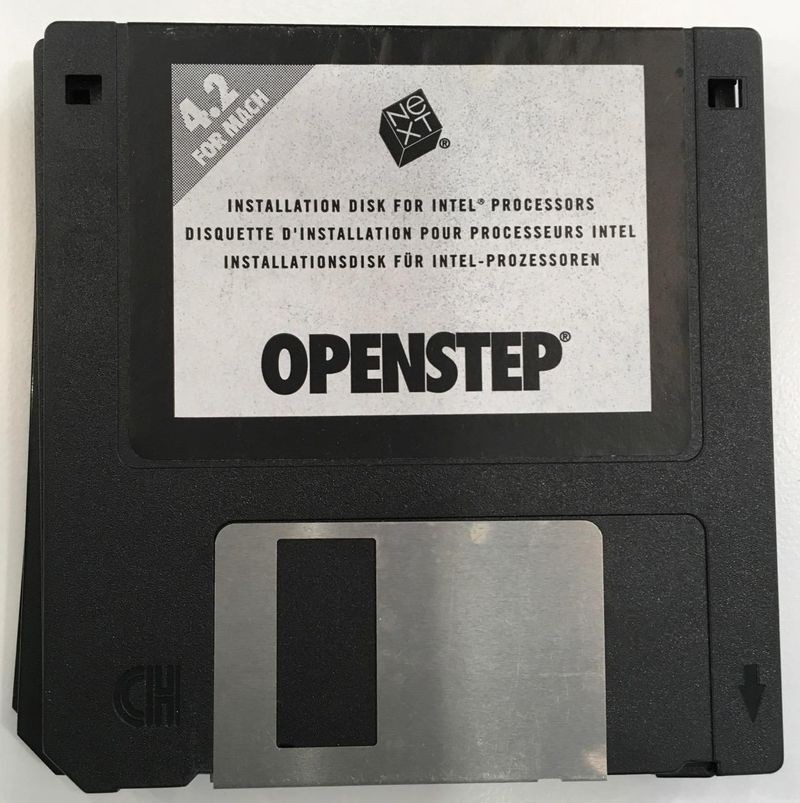 This alone, however, was not sufficient to warrant an IPO. But in 1995, the IPO of Netscape ignited the “dot com boom.” In the wake of Netscape, Jobs guided the successful IPO of his company, Pixar, after the success of Toy Story. For NeXT, jumping into the World Wide Web probably seemed obvious—after all, the web was invented on a NeXT computer by Sir Tim Berners-Lee.

NeXT already had a sophisticated enterprise software technology, “Enterprise Objects Framework” (EOF), that enabled developers to write desktop applications that connected to server-based databases. Building off of OPENSTEP and EOF, NeXT created “WebObjects,” an object-oriented development environment for websites that could serve up dynamic web content “on-the-fly,” rather than the static pages that were dominant at the time. (p. 39) WebObjects separated a web application’s business logic from its user interface and underlying data sources, allowing for greater flexibility and change, as well as high compatibility with legacy systems such as mainframes. (pp. 40-41) WebObjects was one of the very first application servers for the web and for the first time ever allowed customers to build dynamic websites. Released in March 1996, WebObjects targeted growth opportunities in both the open internet/web as well as corporate intranets, and would help diversify NeXT’s customers away from the large institutions on which it currently depended. By the end of 1996, NeXT would allow programmers to write WebObjects applications using Sun’s object-oriented Java language. (p. 26) In less than a year, WebObjects gained significant clients, notably Dell, which used it to create, in four weeks, its online store, which provided “up-to-the minute pricing, configuration information, and online ordering capabilities.” (p. 42) Apple would later use WebObjects for its own online stores, including the iTunes Music Store. NeXT was finally turning around—software revenues from NeXT’s two newest products, WebObjects and OPENSTEP for Windows, had already brought in $10.1 million, or 45% of NeXT’s total software revenues, for first the nine months of 1996. (p. 25) 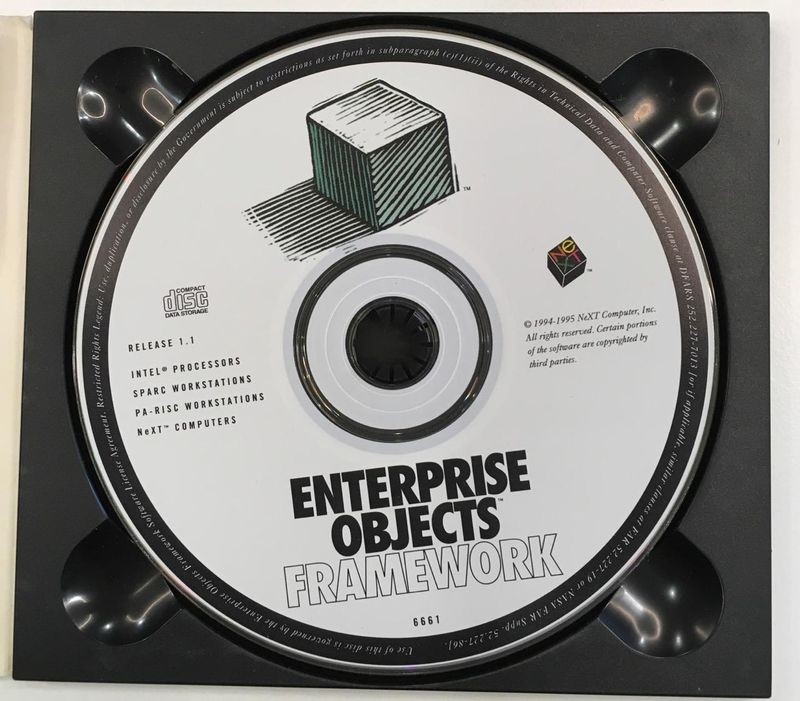 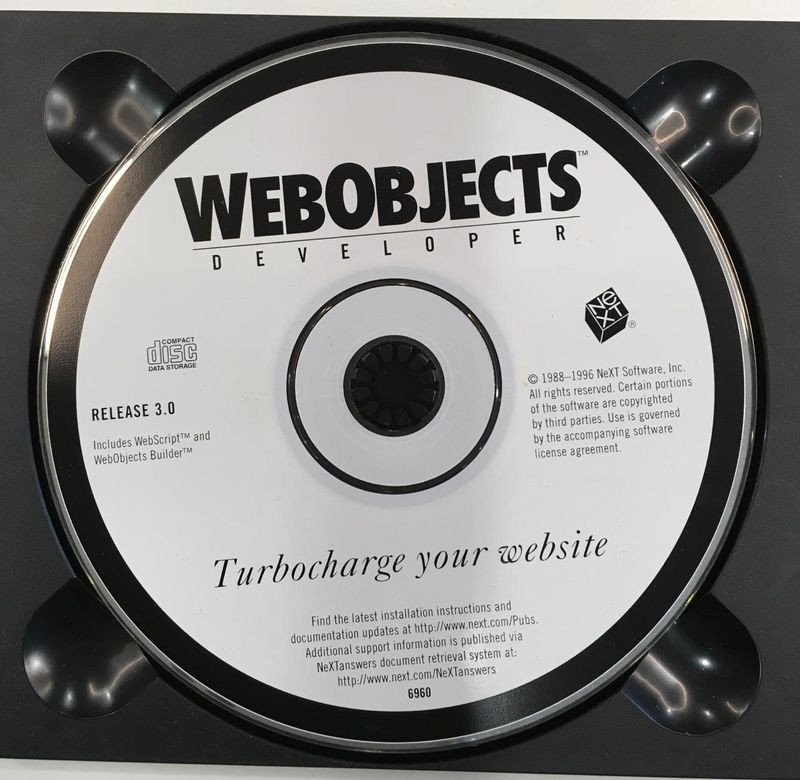 The previously undisclosed S-1 SEC filing donated to the Museum by Avie Tevanian clearly shows that NeXT anticipated that WebObjects would generate enough growth to justify an IPO, especially in the post-Netscape investment environment. Despite NeXT’s accumulated losses of $273 million (p. 23), the dot com boom generally ignored current profitability completely and focused exclusively on the growth potential. NeXT planned to offer 5 million shares at an estimated price of $16 a share, raising an estimated $72 million.

By turning NeXT into a dot com, Steve Jobs—NeXT’s majority shareholder—could retire the firm’s debt and repay himself and other major shareholders, including the Canon corporation and H. Ross Perot, the 1992 US Presidential candidate. Although NeXT’s business in 1996 was about evenly split between its existing OPENSTEP business and WebObjects, Jobs and the NeXT executives believed the WebObjects business would grow much faster than the steadily growing OPENSTEP business and eventually become a majority of its sales.

None of this ever happened. While Jobs was preparing for the NeXT IPO by developing the S-1 disclosure, his first company, Apple, was sinking. The Macintosh’s operating system was showing its age, especially compared to Microsoft’s Windows 95. Apple’s replacement operating system, Copland, became so complex and unmanageable that Apple CEO Gil Amelio was forced to cancel it. He and Apple began to look for a new OS outside the company and even considered licensing the Windows NT kernel.

In this OS search, Apple and NeXT began discussions in November 1996. Apple was also in negotiation with Be, another company founded by an ex-Apple executive, Jean-Louis Gassée, which had also tried to make its own hardware and then pivoted to software. After a competitive comparison of the BeOS and the NeXT OS—a “bakeoff”—Apple acquired NeXT outright for $429 million in cash and 1.5 million Apple shares. Apple now had the NEXTSTEP/OPENSTEP operating system and, with WebObjects, a web strategy. 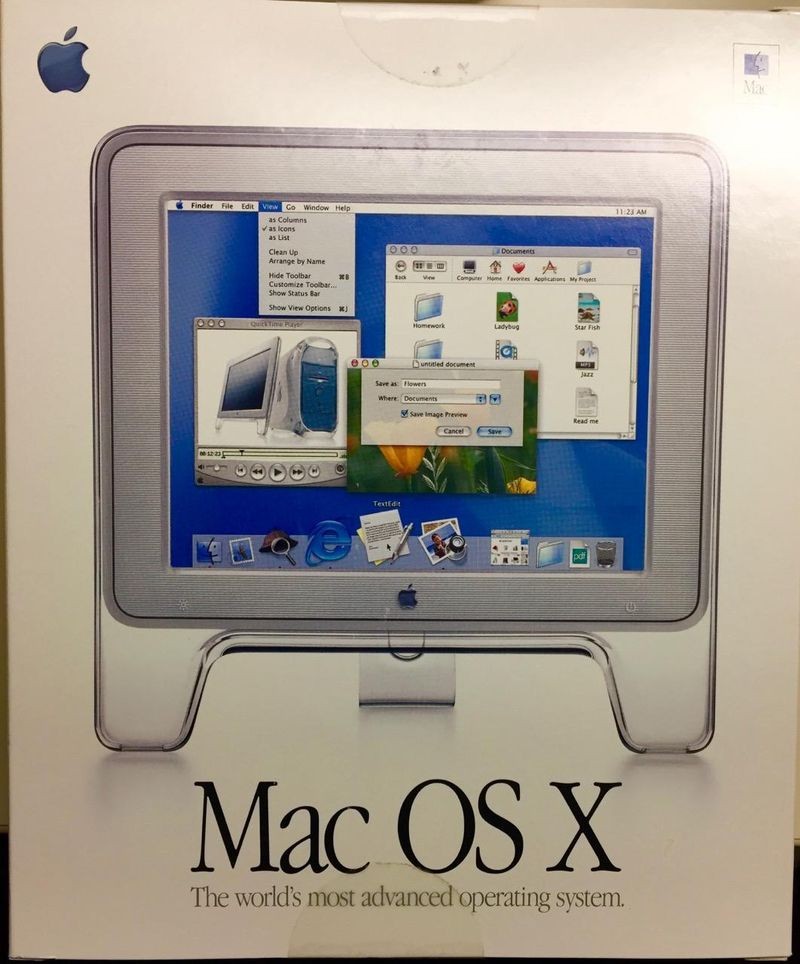 NeXT’s VP of Engineering Avie Tevanian became Apple Senior VP of Software, and former NeXT VP of Hardware Jonathan Rubinstein became Apple Senior VP of Hardware. Of course, Apple also got back its co-founder, Steve Jobs, who, though initially an advisor, was firmly in charge by August 1997. Under Tevanian’s leadership, NEXTSTEP became the basis for Mac OS X, released in March 2001. OS X, in turn, became the basis for the operating system of the iPhone, which was unveiled by Jobs 10 years ago this January.

With Apple’s acquisition of NeXT, the NeXT IPO never happened, and it never became a dot com. What might have happened? WebObjects was highly admired at the time of its release, and in fact powered Dell’s original online store. WebObjects was significantly more flexible and advanced than many competing technologies. But with its purchase by Apple, WebObjects gradually languished and was discontinued. Would an independent, post-IPO NeXT have dominated the web application market in the 1990s with WebObjects? Could it have ridden out the burst of the dot com bubble in 2001? We will never know.