Letters to Lovelace Competition at CHM 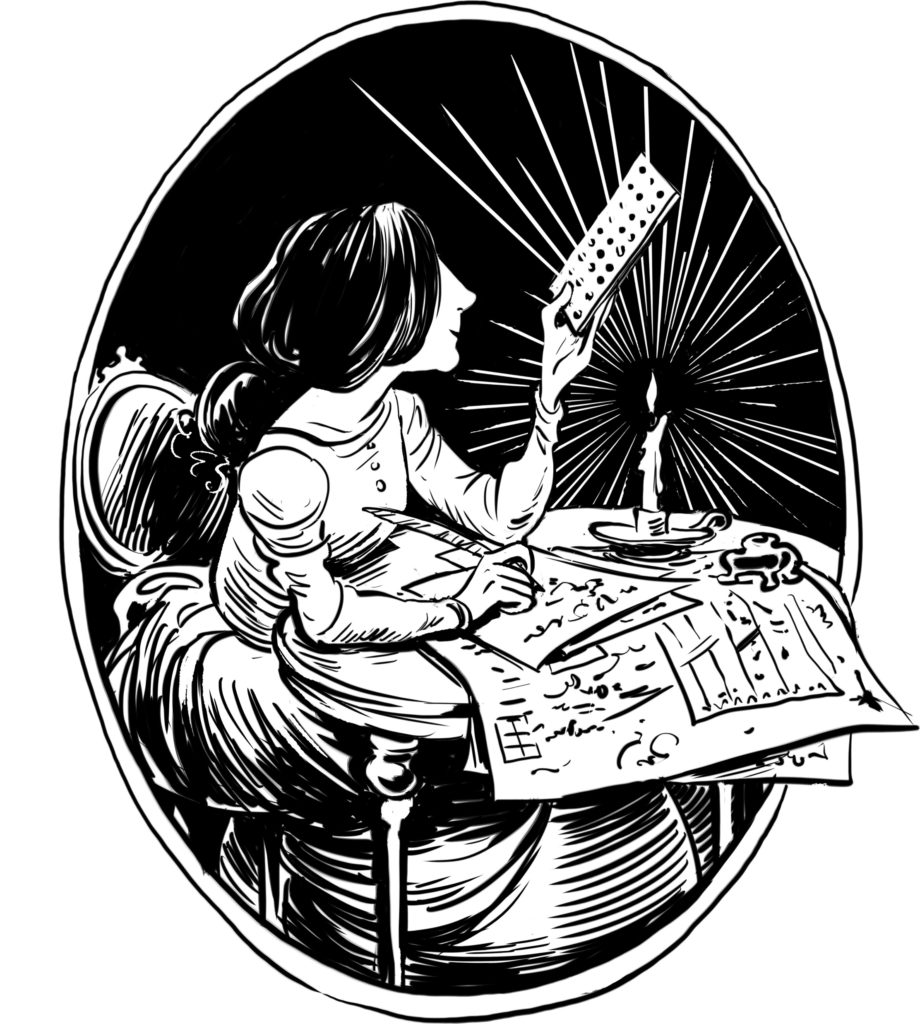 The year 2015 marked Ada Lovelace’s 200th birthday, and, in honor of her mathematical and artistic achievements, the Computer History Museum (CHM) began a year-long celebration to commemorate her legacy with exciting Museum-wide events. Among them was our Letters to Lovelace competition, which asked girls across the United States to share their creative responses to the question: What do you think would interest Ada Lovelace about 21st century technology? In partnership with The National Museum of Computing (TNMOC) in Bletchley, England; the University of Oxford, Queen Mary University in London; and the Heinz Nixdorf Forum in Germany, CHM welcomed girls ages 18 and under to submit responses to be judged on the quality of their research, creativity, and their message to Lovelace.

This trans-Atlantic partnership began when a CHM colleague, visiting the UK last June, learned about TNMOC’s “Fascinating Ada Competition” and thought it would be fun to partner with them to facilitate an American version of the contest. We decided to run the competitions in parallel and use many of the same judges to choose the winners. Once we launched our competition at CHM, entries started to trickle in from girls across the country.

As education programs coordinator, I was in the lucky position of receiving all the letters. Whenever I could find a free minute in my day, I would read through them and share endearing or poignant anecdotes with my colleagues, not only in the Education Department, but also in Marketing, Collections and Exhibitions, and beyond. It was clear that although this was a contest facilitated by Education, the whole Museum was interested to read the creative responses our contestants submitted and even to take part in the judging of the letters. 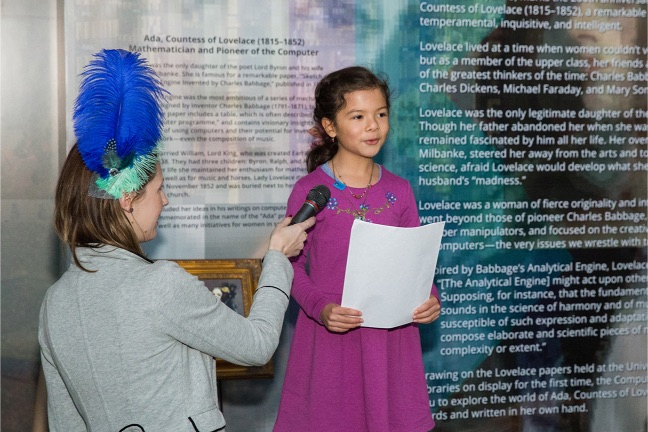 After receiving the entries from our young contestants, a few colleagues and I gathered in the Museum’s classroom (appropriately called Lovelace) and plopped down in front of laptops with our plates full of pizza, scanning through each letter carefully. Our job was to create a shortlist of finalists to send to the judges. Every once in a while you would hear a sudden burst of laughter or an emphatic “awww” as we read how contestants used social media or came across a sweet drawing of a modern-day appliance with a thoughtful explanation about how life has changed since the time Babbage’s Analytic Engine. It was fun getting to share our favorite parts of the letters with the rest of the group. The process of narrowing down our entries to just a few in each age category—under 13, ages 13–15, and ages 16–18—was tough, since each letter was unique and included details of various technological inventions, but it was an enlightening process in regard to what the next generation thinks of technology, especially considering that most of them haven’t known a reality without Facebook, Google searches, or the ever-present glow of a smartphone. 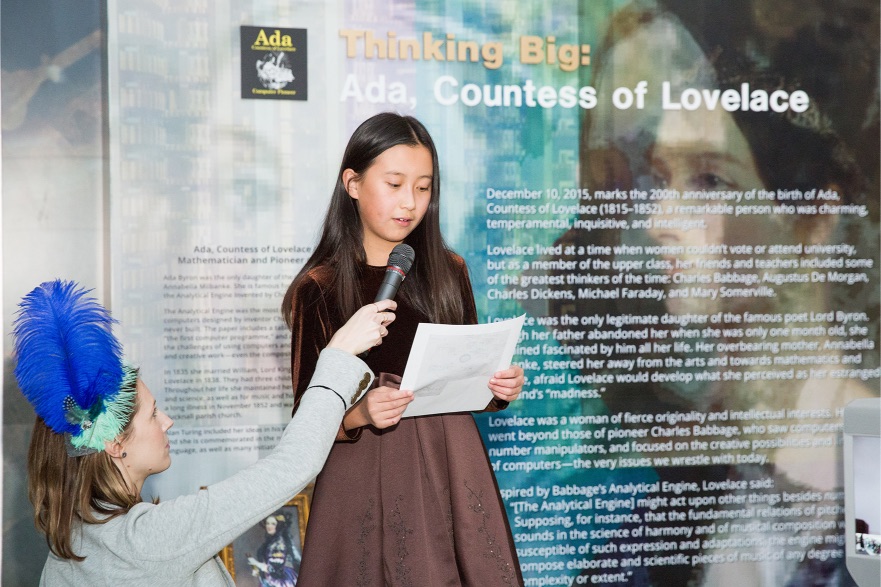 One thing that stuck out for me and the rest of my colleagues, as we sifted our way through each entry, was the girls’ amazing brand loyalty to certain companies and products (I’m looking at you, Apple). In many cases, specific product names became synonymous with modern-day technology. For example, more than once I noticed (with a fair amount of concern) that the iPad had become interchangeable with any tablet on the market, much like how the terms Band-Aid or Popsicle have become generic terms for an adhesive bandage and a frozen ice pop in our everyday lexicon.

Once we deliberated and decided on the contestants whose letters stood out, we sent our short list across the pond to the United Kingdom, where our panel of “celebrity” judges read over the shortlisted entries and selected the winners. This all-star panel included four women, who are either tech pioneers in their respective fields, or have researched and/or written about Ada Lovelace. You can read more about these amazing women and their contributions to tech and culture below.

When we received the list of winning contestants, it was fun to go back, reread the letters, and discover new insights that may not have jumped off the page during the first read-through. Here are a few of my favorite passages from our bright young winners:

I would love to talk to you on the phone about the program you wrote for the Analytical Engine. Oh, I forgot! You don’t know about phones either.

It was a lifetime dream of yours to fly, if only you could be here now. We have wonderful machines now, called airplanes that enable you to really fly. They can take you almost anywhere in several hours. Think, to truly have the world at your fingertips! Oh, Ada, it truly is amazing.

The first input of your ideas into modern computing happened with Alan Turing. Turing, a renowned mathematical genius ahead of his time, used your notes as a basis for creating a machine to win a world war!

Firstly, I’d like to say how impressed I am by you. Your mind seems like it was much more advanced than the minds of many men in your lifetime…It’s no wonder Mr. Babbage was so enthralled with you.”

Read more! Check out these letters by Emilia D. and Kate W. 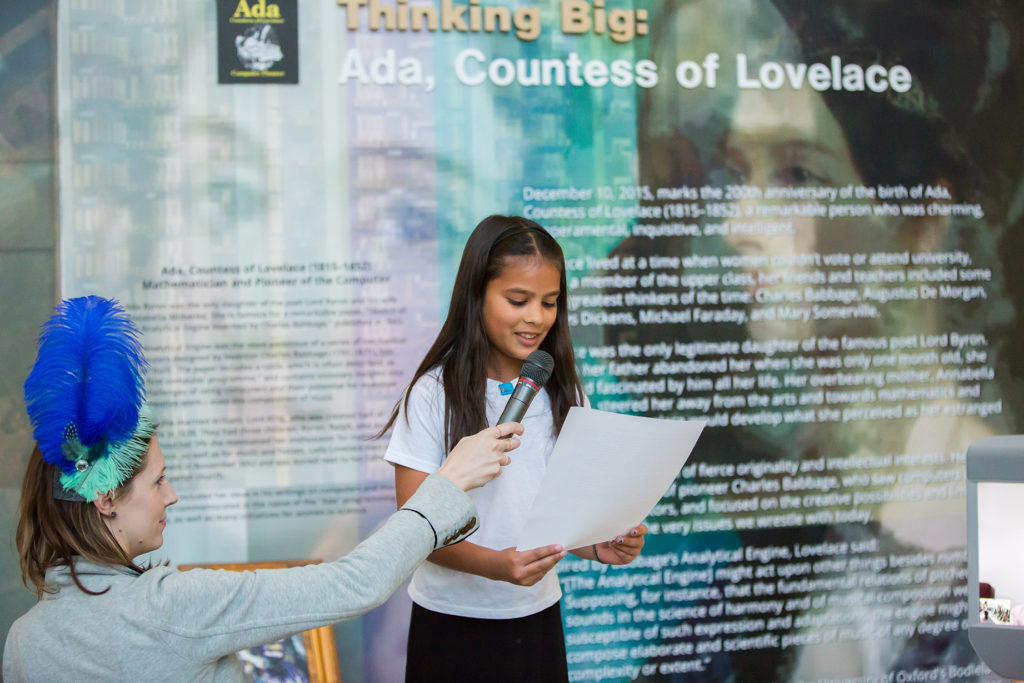 In continuation of our Ada celebrations, we hosted an all-day event in December 2015, called Adafest, and had initially planned to have an award ceremony for the winners of the contest, where each winner would be able to read her letter in person. However, since many of the winners were from the East Coast, we decided, instead, to have each girl send us a video of her reading her personal letter to Ada. We then created a compilation of all the videos, which we played on a loop throughout the day. We also invited our local Bay Area winners to the Museum to read their letters in person; one of our lucky winners from Brooklyn actually got to “beam in” to one of our Beam robot devices and read her letter virtually! This was such a unique opportunity for the girls, and was certainly a highlight of Adafest. 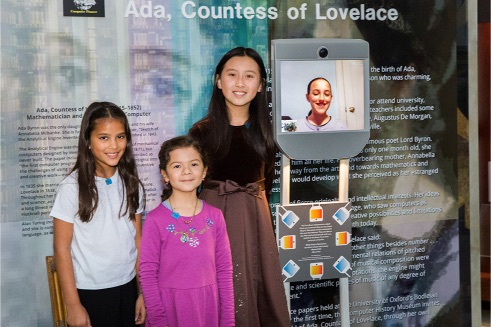 All winners under 13. Image published with parental permission.

After the competition, a few of the winners’ parents sent me emails about the event, and the lasting impression it had on their daughters. Sonia Z.-M.’s mom said that Sonia had “the experience of a lifetime,” and that she “was and remains over the moon. Giddy from the experience.” Emilia D.’s mom said that Emilia enjoyed every single activity at Adafest, and that night told her mom, “I will never forget this day.” She went to bed talking about the great experience she had at CHM. Overall, the Letters to Lovelace award ceremony was fun and inspiring, and we certainly look forward to hosting future events and competitions that invigorate girls and encourage them to explore STEM (science, technology, engineering, and mathematics) topics and careers.

The girls’ unique perspectives on the upsides of technology—and also the implications—shed light on how we have come to rely so heavily on technologies that are often taken for granted, like smartphones, GPS, and even basic calculators. Many applicants also paid homage to Lovelace, explaining that her remarkable vision as a mathematician and computational thinker has inspired girls around the world, like themselves, to learn more about STEM. We were honored to highlight Ada’s story at CHM and to partner with other organizations to help encourage young girls to think creatively about how history has shaped the present.

Thank you to all our wonderful judges who volunteered their time to read through each shortlisted letter, both in the American competition as well as the competition in England and Germany, and to provide their expert feedback. Their knowledge and expertise on Ada Lovelace was extremely beneficial, and we are honored that they participated in our international partnership.

Wilson and colleague Steve Furber were honored as CHM Fellows in 2012 for their prototype design, which became the BBC Microcomputer. The two then co-designed the 32-bit RISC Machine processor.

Dr. Betty Alexandra Toole has been involved with research about Ada Lovelace for 32 years. Her book, Ada, The Enchantress of Numbers: Poetical Science, is available as an e-book and audiobook.

Doreen Hartmann is curator at the Heinz Nixdorf Museum in Paderborn, Germany, and is project manager of its Ada Lovelace exhibition, IT Began with Ada. Women in Computer History.

Megan Merritt is education programs coordinator at the Computer History Museum. Megan joined the Museum in November of 2013, and is responsible for managing collaborative Education Department projects and leading outreach and community relations for all educational group visits, including school field trips and public and private special interest groups.