Jim Porter and the History of the Global Storage Industry

The Power of One

It’s amazing what individuals can do. As Margaret Mead said, “Never underestimate the power of a small group of committed people to change the world. In fact, it is the only thing that ever has.” While most technologies we know of were developed by large teams, there is still a place for that rare individual or small team to achieve outsize goals. 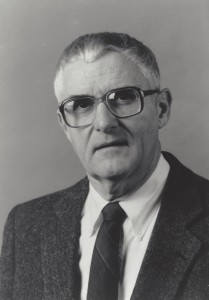 Linus Torvalds, for example, developed the Linux operating system kernel essentially on his own, aided by a small but committed community of supporters. Closer to home, CHM’s Robert N. Miner Software Curator Allen Kossow has, over thirty years, scanned millions of pages of historical computing documents, single-handedly creating one of the most important historical archives in computing ever made. In fact, Kossow’s website (which hosts the documents) has now been added to the Library of Congress permanent archive as an invaluable cultural resource.

James N. “Jim” Porter was another such individual, tracking the global storage industry to generate possibly the most significant archive of market research data relating to the modern storage industry to date. For more than 20 years, Jim synthesized anonymized company sales and production data into summary reports. Called the “DISK/TREND Reports,” Jim’s reports were followed by everyone in the industry – market planners, sales departments, production people, and C-level decision makers. The reports covered optical drives (CD, DVD), floppy disks, hard drives, and removable storage, like ZIP and Bernoulli disks and provide a long-term record of the global storage industry unlike any other.

The essence of what made Jim’s reports so effective were his close personal relationships with the companies in the industry who trusted him to anonymize their most tightly-guarded sales and production figures. Naturally such participating companies benefit from this arrangement in that it gives them insight into what their competitors are doing. Jim was thus an ‘honest broker’ of industry information, a position he cultivated tirelessly with endless business trips and telephone calls.

Porter was born October 3, 1931, in Sacramento, California. He received a bachelor’s degree in Advertising from San Jose State University.

He worked in marketing for paper manufacturer Crown Zellerbach after the company received IBM’s RAMAC 305, the first computer to use a moving-head hard disk drive, in 1956. Impressed with the machine, Porter would demonstrate it proudly to office visitors and it was this experience that drove his lifelong interest in storage technologies. 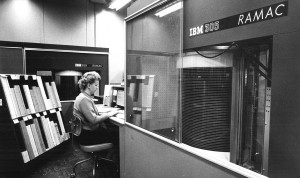 After Crown Zellerbach, Porter worked for Memorex from 1968 to 1971 in different marketing roles and as the manager of computer media product management. In 1971, Porter was hired as the director of marketing for Cartridge Television Inc., one of the first developers of home video cassette systems. He worked there until 1973, when he took the role of director of marketing for CMX Systems, a joint Memorex/CBS company that made and marketed computer-controlled videotape editing systems. Around this time, he also worked for Rockwell International.

In 1974, Porter started his own consulting firm, working for various companies, including Memorex. In 1977, he founded the industry analyst firm DISK/TREND, which published annual market study reports on the disk drive and data storage industries. DISK/TREND was considered the industry standard for market studies, and Porter was in high demand to speak on panels and present his DISK/TREND findings at disk and storage conferences worldwide.

Porter was a founder and chairman of IDEMA (International Disk Drive Equipment and Materials Association), and was very involved in their annual DISKCON trade shows, both in the United States and in Asia. He also founded the DataStorage conference.

Porter was also a founder of the Computer History Museum’s Storage Special Interest Group, a highly effective group of storage industry experts which advise Museum curators on historical events and people of significance. Visit the Storage SIG homepage or check out that group’s “Storage Engine” online exhibit — a fascinating history of storage technologies from the earliest times.

Porter closed DISK/TREND in 1999. He continued speaking at conferences and shows until the end of his life. He died March 2, 2012 while attending a Jazz festival, which he loved, in Monterey, California.

A Life’s Work Available to All

Porter’s collection at CHM, however, goes beyond the DISK/TREND reports. The entire Porter archive consists of 140 linear feet of materials (about 111 record cartons) and comprises a vast amount of seminal storage industry information including company profiles, conference proceedings, courses, presentations, market profiles, as well as documents relating to his numerous consulting activities. The materials span in time from about 1959 to 2010. 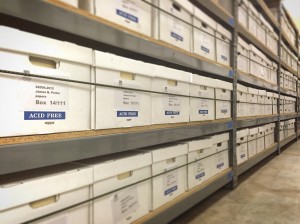 Jim’s archive is a wonderful example of Mead’s dictum about individuals making a difference and of the value of persistence and personal connections in creating lasting, historically important source materials for the benefit of all.

We invite anyone wishing to explore the Porter archive to consult the CHM finding aid. You can also search for over 1,000 storage items donated by Jim Porter, which cover decades of historical disk drive development.

For more information, including arranging access to the Porter collection, please email us at research@computerhistory.org.

The Museum would like to extend a special thank you to Jim Porter’s daughters, Anne Cirner and Katie Porter, as well as CHM volunteer Tom Gardner, for all their kind assistance and support.