In the Holiday Spirit: Festive Music by Computer!

Before computer gaming, music, and art became mainstay applications and legit tools for creation, engineers often created such programs solely to test or demonstrate a machine’s capabilities in ways that were easy for public and nontechnical audiences to follow. It took many years to get musicians into the idea of composing using a computer, and even longer to get general audiences to take those works seriously. Even so, there was a sheer number of songs that were created on computer. 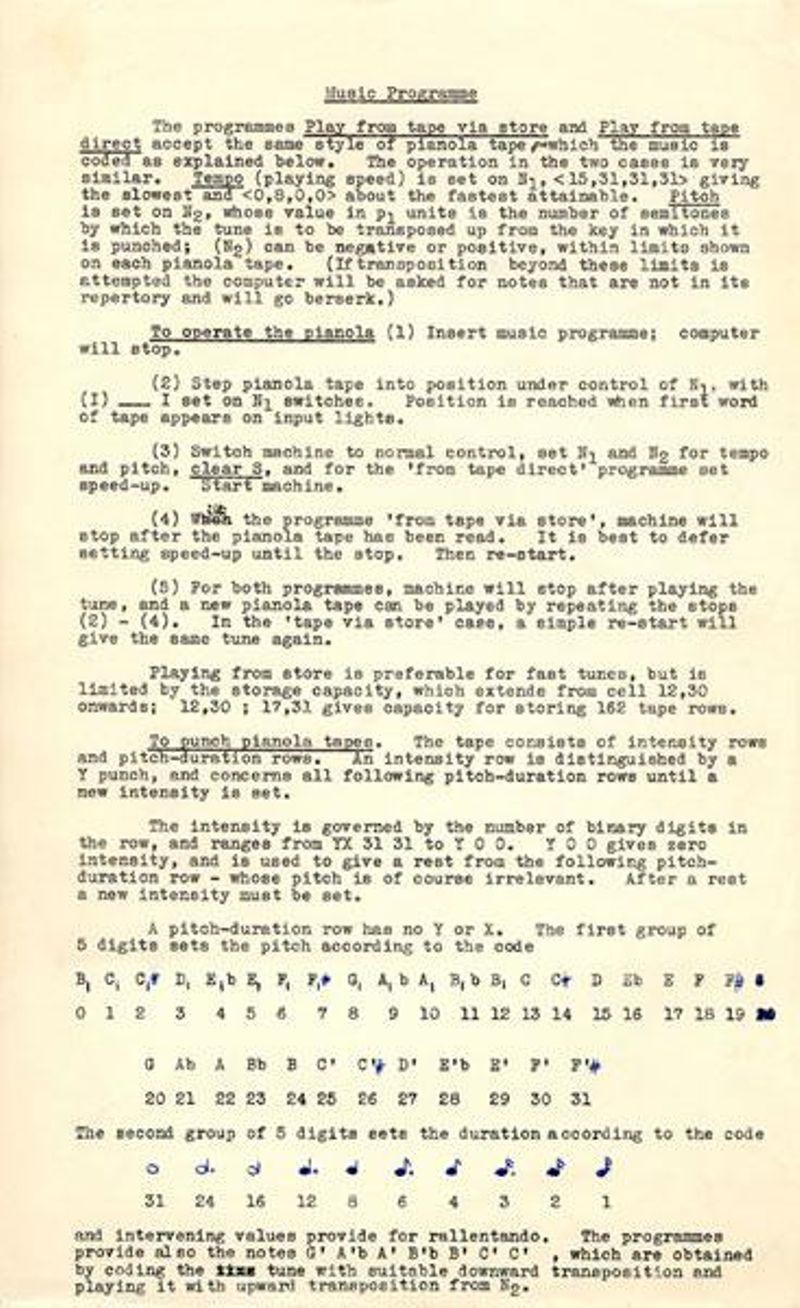 The Computer History Museum (CHM) has hours of computer music in its collection, a majority of which is from the pre-1970s, an era when electronic music began to make serious inroads toward the mainstream. Many of these songs are basic interpretations of well-known classics, as the limited audio capabilities of early computers made complex tones and rhythms difficult to replicate on a computer. The Mark II computer at Manchester’s Computer Machine Laboratory created versions of “God Save the King” and “Baa, Baa Black Sheep.” The early Australian computer CSIRAC was used to create a version of “Colonel Bogey March,” “Auld Lang Syne,” and other tunes; while Max Matthews, John Pierce, and others created songs like “Daisy Belle at Bell Labs.” Using easily recognizable songs meant that computers could get away with a simple approximation, rather than an exact rendition (that is, because the songs were so well-known, they would still be identifiable.) Thus, Christmas carols, one of the easily recognized forms of song in the Western world, were among some of the first created by computer.

CHM has collected several early examples of computerized Christmas carols songs. Computer and synthesized music pioneer Peter Samson created a large body of music for the PDP-1, with each song stored on paper tape. The songs were mostly classical pieces, like “A Well-Tempered Clavier,” but also included a number of Christmas carols, including favorites like “O Holy Night” and “Silent Night.” For several years, CHM’s restored PDP-1 would play these songs as a part of a caroling tradition, encouraging visitors and staff to sing along with the minicomputer accompanist. 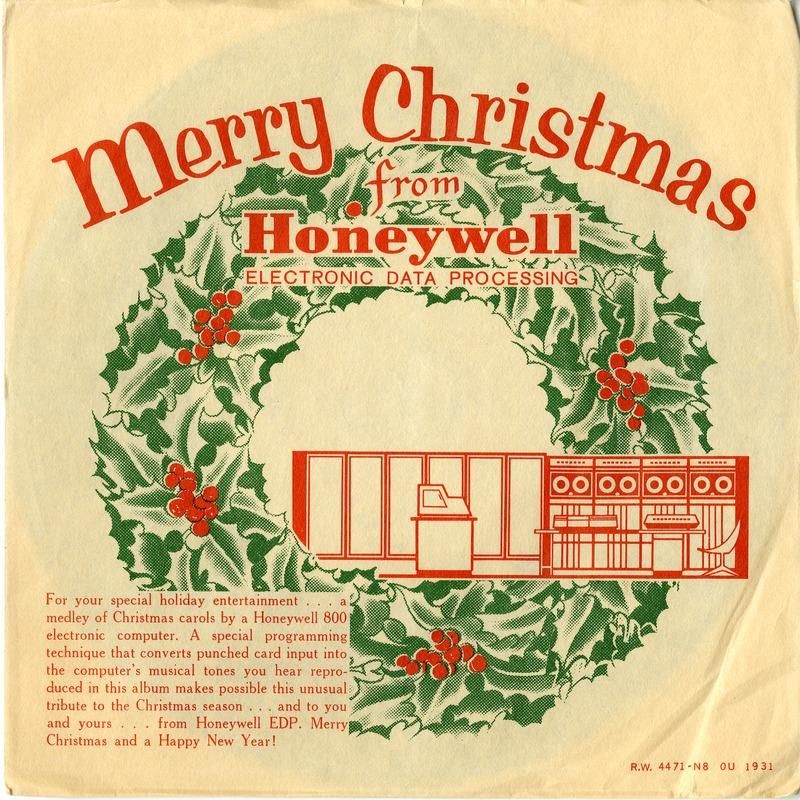 There are several computerized Christmas carols in our collection that were recorded at, what some might consider, unlikely places. At Cape Kennedy (now Cape Canaveral) in Florida, home of the Apollo Tracking Station, there lived a UNIVAC 1230. The 1230 was the second version of the AN/USQ-20 computer, also known as the Naval Tactical Data System (NTDS). As was often the case with large computer installations with specific missions like the Apollo space program, there was a great deal of downtime. An anonymous, musically inclined programmer created versions of some of America’s most popular Christmas carols, including “Silent Night,” “Deck the Halls,” and “We Wish You A Merry Christmas.” Little is known about these specific recordings, though they are held on their original ¼ magnetic tape in our collection.

Another festive item in our collection is a 1964 Christmas album, compiled by Honeywell’s Electronic Data Processing division. The Honeywell team created the album using its Honeywell 800 computer. The record sleeve reads—”A special programming technique converts punched card input into the computer’s musical tones you hear reproduced in this album.” A deck of punched cards for a complex song might use 250 cards or more. The recordings here show the limitations of using a mainframe computer to create Christmas carols. The machine’s console audio output was monophonic, only able to create a single tone at a time, which give the songs a flat feel, but at the same time, they are all instantly recognizable as Christmas carols!

Today, Christmas carols are still being used to push the creative boundaries of computers and software. In 2016 a group at the University of Toronto used a system called “neural karaoke” to create a totally original Christmas carol. The researchers trained their artificial intelligence program to recognize images and compose a melody with related lyrics. So, when they fed in an image of a Christmas tree with presents beneath it, the resulting lyrics were full of Christmas cheer (“I swear it’s Christmas Eve. I hope that’s what you say. The best Christmas present in the world is a blessing.”), though perhaps not exactly traditional (“I’ve always been there for the rest of our lives. A hundred and a half hour ago.”) Learn more about neural karaoke and its New Age attempt at a computer Christmas carol here.