If it moves, it should be Ruggednova

Warfare has been a rich source of technological innovation as long as humans have roamed the Earth. It isn’t much of a surprise then that from early electronic analog and digital computers, to integrated circuits, and programming languages, electronics and computing have been developed in concert with military needs. When it comes to military command and control, one of the best-known examples is the massive U.S. air defense system SAGE. But practically every modern military system uses computers in their operation. Many of these machines operate in the field, outside the comfort of a computer room. When a computer is used to target a cruise missile, conduct electronic warfare, or perform airborne data acquisition off-the-shelf systems rarely will do. Many applications require a degree of ruggedness that simply can’t be found with commercial computers. The environmental requirements are broad: temperature, shock, altitude, vibration, humidity, dust, electromagnetic interference, and even fungal resistance.

Four engineers, Gene Richeson, Ken Oshman, Walter Loewenstern, and Bob Maxfield, decided to go after that lucrative military computer market. All four originally graduated from Rice University in Texas and then moved to California. Richeson, Oshman, and Loewenstern worked at Sylvania Electronic Defense Labs in Mountain View while pursuing graduate degrees at Stanford University. It was Oshman who tried to recruit another Rice alum, Maxfield, to Sylvania, but Maxfield decided to join IBM instead. Loewenstern, the elder of the group, had worked on the commercialization of Sylvania’s military systems, but decided to start his own company. He then approached Ken Oshman, who brought Gene Richeson along and persuaded Bob Maxfield to join the team; the business plan was to apply military technology for commercial application. ROLM Corporation, named after its founders initials, started operation on June 1, 1969 in Santa Clara, California. 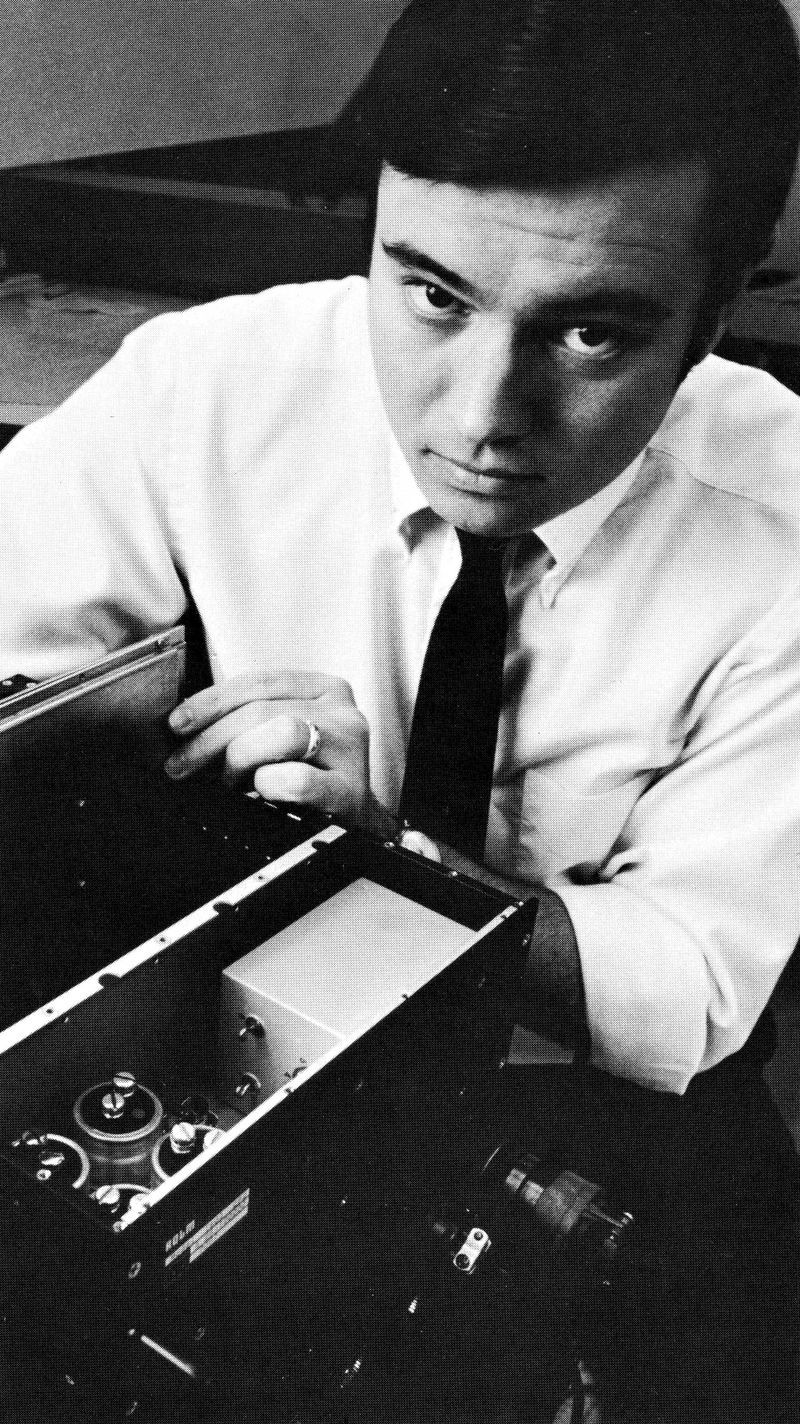 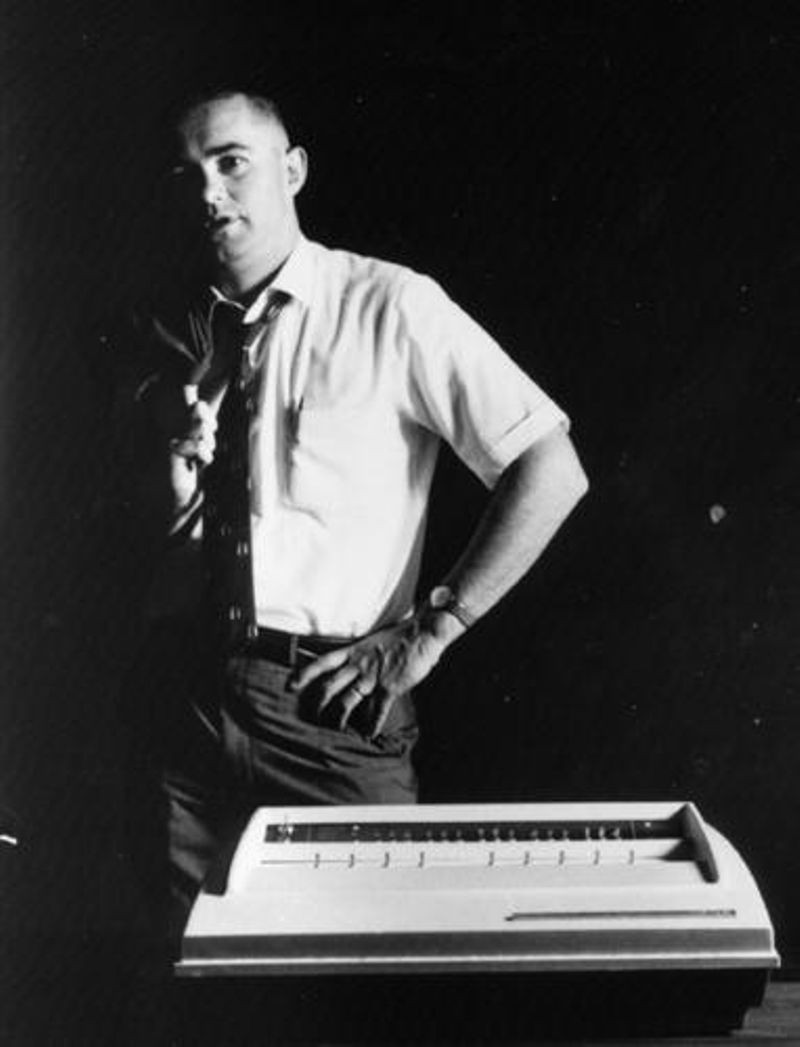 Inexpensive, general-purpose minicomputers arrived on the market in the mid-1960s, notably the category-defining DEC PDP-8 at a base price of $18,000. One of the PDP-8’s designers, Edson de Castro, continued to work on a more powerful 16-bit follow-on, but DEC decided against his plans. De Castro left DEC in frustration and, together with former colleagues, started his new company, Data General, in 1968. Only a few months later, Data General introduced their new computer, the Nova, at the Fall Joint Computer Conference. The cheap (under $10,000) 16-bit minicomputer was the surprise of the show. As an aside, this was the same conference at which Doug Engelbart showed NLS, a stunning new collaborative software systems that presaged a number of interactive computer technologies regularly used today, but not widely understood at the time.

The DG Nova and the associated PR splash caught the attention of the ROLM quartet. Gene Richeson suggested that maybe the way to go for their company was to make military specification versions of minicomputers. Other military systems from companies like IBM or Univac commonly took two to five years to specify, design, and procure, employed custom instruction sets and interfaces and as a result were very expensive. If ROLM could sell a $10,000 DG Nova for $30,000, it was still only one-eighth the cost of a comparable design by the established players.

Data General was a small, agile company and a quick trip by Oshman and Richeson to Massachusetts resulted in a license agreement with de Castro’s company. ROLM was going to produce military versions of the Nova and in return Data General received a small stake in the company and some sales royalties. ROLM bet on the success of the Nova and that existing commercial software, peripherals, and programming expertise would make this machine much cheaper for military procurement than any of its established competitors.

ROLM didn’t simply ruggedize the Nova though; ROLM designed a Nova based on mil-spec components with passive cooling in the standard ATR (Air Transport Rack) form factor (by grandham). The resulting machine, the ROLM 1601, was introduced at the Fall Joint Computer Conference in 1969, one year after the Nova, and running the same demonstration software that ran on a Nova the year before.

The 1601 was known in military parlance as AN/UYK-12(V). The electronics nomenclature used by the U.S. military dates from the same early World War II years as the standardized ATR chassis. While AN used to mean Army-Navy, it is no longer considered an acronym. The UYK-12 equipment indicator defines where the device is installed (U for General Utility), what type of equipment it is (Y for Data Processing), and what its purpose is (K for Computing). The numbers are sequentially assigned and the V indicates that these are variable items, i.e., other functionally identical models can use the same equipment indicator. The general utility identifier designated the computer for ground, mobile, airborne, or shipboard applications. 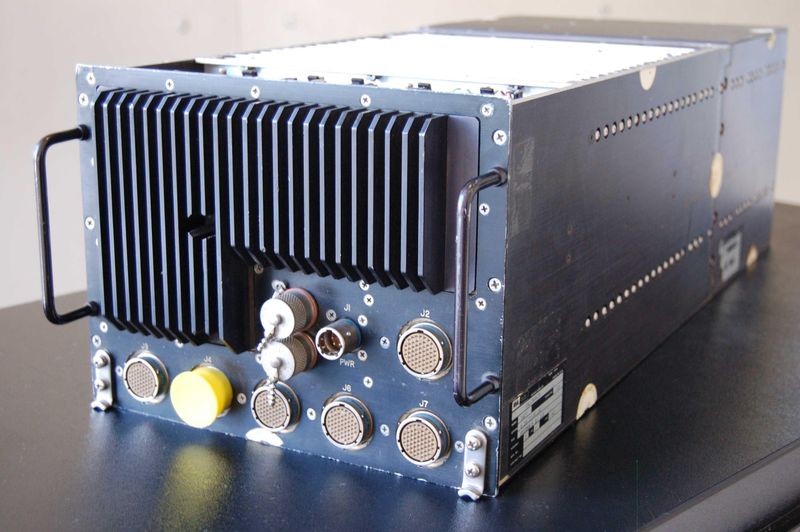 ROLM’s 1601 and its successors were marketed as the Ruggednova, capitalizing on the name recognition of the Nova and emphasizing this version’s ruggedness for all environments – as ROLM put it: If it moves, it should be a Ruggednova. The 1601’s most noteworthy application was as part of the AN/ALR-46 Radar Warning Receiver as used on F-4, F-111, and B-52 aircraft.

[December 11, 2012. Leo Chamberlain in private communication explained: “In 1979 when I was GM of the division, I changed our advertisements to refer to the computers as Mil-Spec computers as this was a better description of what we had.”]

Throughout the 1970s, ROLM continued to improve the 1601. A major new model, upwardly compatible with the DG Nova and the 1601, was the 1972 ROLM 1602, designated AN/UYK-19(V). Using microprogramming techniques, the 1602 offered many enhancements over the 1601 like increased address space, improved real-time response due to new interrupt processing, stack mechanisms, optional floating point firmware, and a new control panel. As a result of all these enhancements, the AN/UYK-19 was more powerful, more flexible, and offered greater capabilities to programmers. A base price of roughly $20,000 for a configured system put it within reach not only for many military projects, but also for challenging industrial environments.

It is a ROLM 1602 that was tracked down recently by ROLM founder Bob Maxfield and donated to the Computer History Museum. The specific unit pictured here was configured with the 24K memory chassis and additional I/O capabilities. Of the twenty slots in the full-sized ATR chassis, the processor boards take up nine slots. Many different options were available for the 1602; maybe the most surprising to users of commercial computers are the three different operating temperature range options. The extreme temperature range allowed for operation from –55°C to +95°C (–67°F to +203°F) for an additional $7,500. 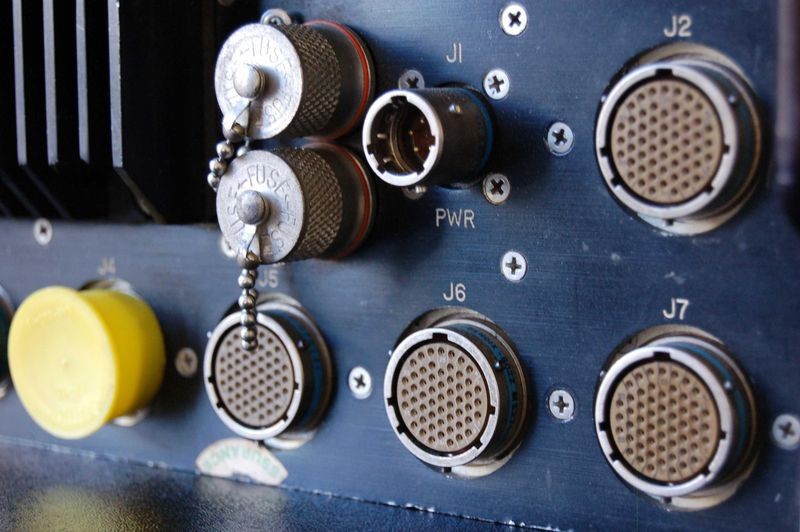 The ROLM 1602 used standardized connectors for rugged, military environments; a control panel was a separate option. 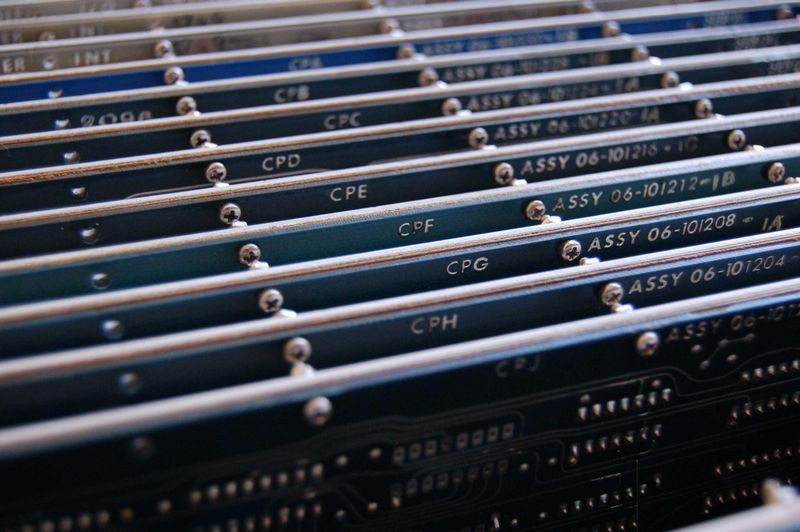 The CPU for the ROLM 1602 was implemented in nine circuit boards.

A major program for the 1602 was for intelligence operations at the United States Army Security Agency. The family of AN/UYK-19 and successor systems was widely used for electronic warfare systems. The 1977 version, the 1606, beat out UNIVAC’s AN/UYK-20, another popular 16-bit general purpose computer system, for the AN/SLQ-32 surface ship electronic warfare system. The Slick-32 offered radar warning, radar jamming, and it interfaced with launchers for chaff and infrared decoys. The AN/UYK-19 was also chosen over the AN/UYK-20 for the Tomahawk missile targeting system. 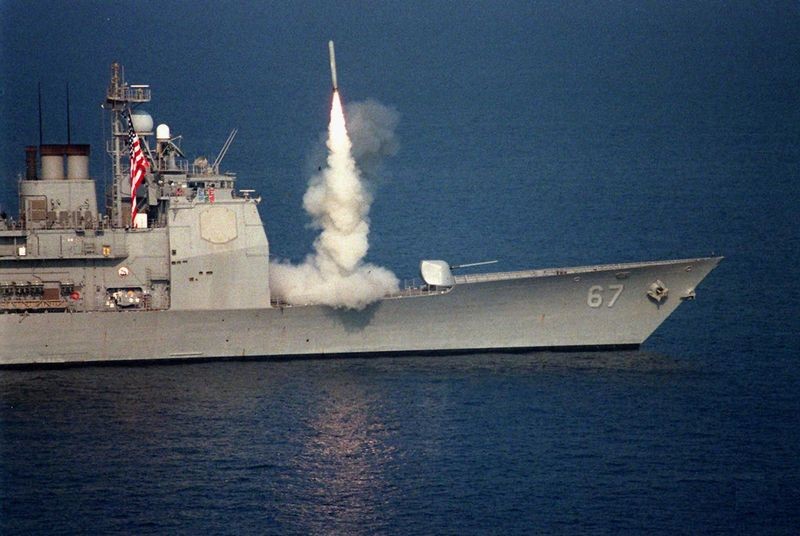 A Tomahawk missile is released for the U.S. Navy cruiser USS Shiloh (CG 67) in the Arabian Gulf in 1996. 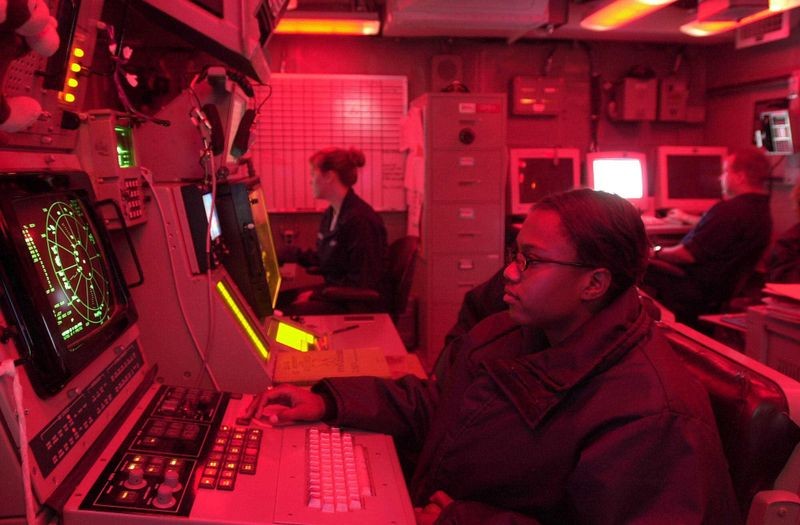 ROLM continued to enhance the AN/UYK-12 and AN/UYK-19 lines. The pattern typical for the computing industry of cost reduction, differentiated performance levels, and increasing integration was followed. A dozen different models, all based on the original Data General Nova, were introduced since the original 1601, including a microprocessor-based version. As Data General introduced their follow-on Eclipse systems, so did ROLM, albeit five years after the DG version.

Even though ROLM continued to offer mil-spec computers, the company’s focus started to shift after incorporating their minicomputers into commercial telephone switches in 1975. Their private-branch exchange (PBX), the ROLM CBX, was used by a number of companies for their internal phone systems and acquired data switching features over the following years. By the early 1980s, when phone switches seemed like a natural fit for enterprise computer networks, ROLM was becoming a market leader and received the vast majority of their revenues from the communications side of the business.

IBM bought ROLM in 1984 amidst technological and regulatory upheaval that suggested a rapid merging of the computing and telecommunications industries. Maybe surprising from the realities of 2012, these changes did not materialize at the time. The role of the PBX became less important as computer networking technologies made inroads into corporations and IBM sold ROLM to Siemens, then an established telecommunications equipment provider, in 1988.

Many American office workers in 1980s and 1990s may recognize the ROLM logo from their desk phone. The origins of ROLM as a successful military computer manufacturer is much less known and receiving the 1602 donation from one of the company’s founders is a great addition to the Museum’s collection.