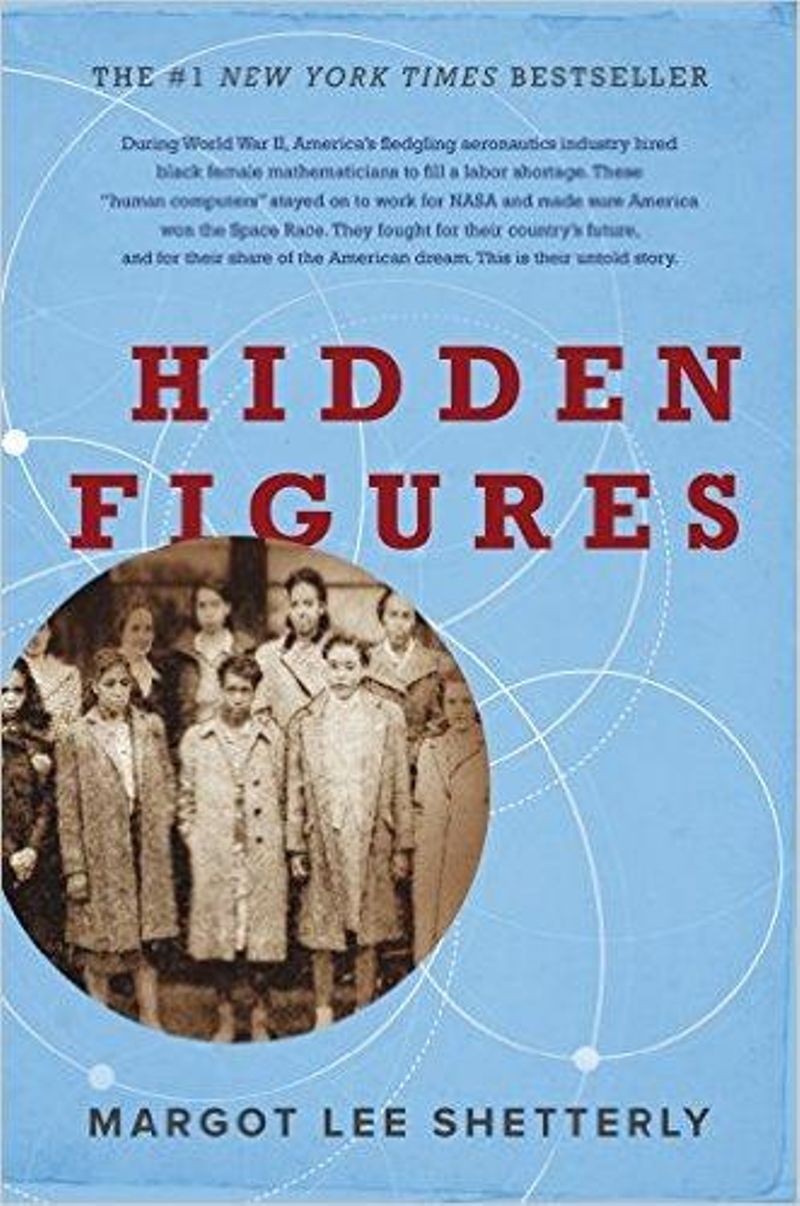 So who are these women and what is their legacy of the computing and scientific fields? To better understand that, let’s first take a look at computing during the mid-20th century.

These early computers were actually humans! Even up until World War II, the word “computers” described people. These human computers were not doing simple arithmetic. They were computing complicated equations that were critical in deploying the new technologies scientists during WW II had created.

Take the women of the giant ENIAC computer, for example. The team was made up of human computers who configured and programmed the ENIAC to solve desperately needed firing tables for the war effort. Before ENIAC was up and running these equations were done by hand and it is estimated that it could take around 30 hours for a single equation to be worked out compared to 20 minutes on ENIAC (after a day or two of setup).

Jean Bartik, one of the earliest pioneering women in technology, talks about her memories of breaking into the then new field of computer science and working on the ENIAC in the 1940s...

The women who worked for NASA faced similar challenges. During World War II, they were calculating equations to help improve the flight characteristics of airplanes. Engineers would work on the design and map out the equations. The equations would then be delivered to a computer, a woman, for calculating.

These human computers were critical in advancing technology and research at NACA, or the National Advisory Committee for Aeronautics, the predecessor to NASA.

Who were these women who played an important role in technology during and after World War II? The book, and movie by the same title, Hidden Figures, focuses on three women and their contributions.

Johnson was born in 1919, and at 10 years old, she was already in high school. She graduated college at the age of 18.

Johnson joined NACA in 1953 where she worked as a mathematician, or a “human computer.” She helped with complex calculations for a variety of teams at the organizations.

Early on, Johnson made great contributions to NACA. Beginning in 1960, Johnson contributed to a report that established the equations for describing an orbit in flight and calculated the predetermined landing position. This report, along with work from Ted Skopinski, was one of the first times a woman in the Flight Research Division had received credit as an author of a research report. 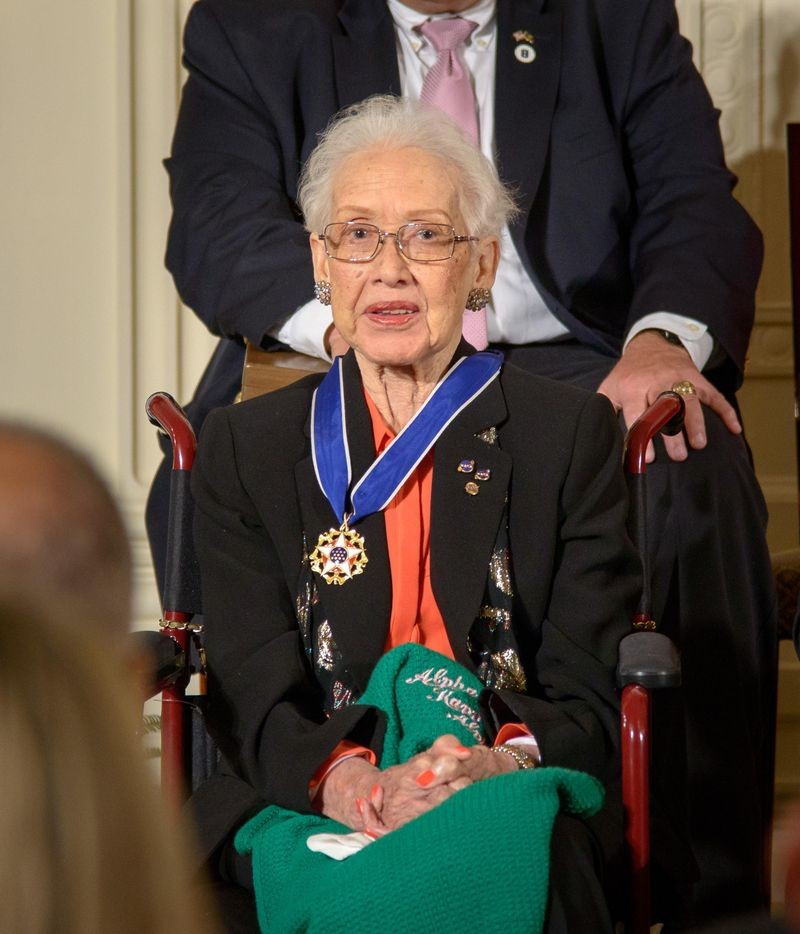 Johnson calculated the trajectory of Alan Shepard’s mission, in which he became the first American in space.

Eventually Johnson was no longer considered a computer and began using a machine computer to do calculations. Still at this time, in the mid-1960s, machine computers were not fully trusted. Astronauts, like John Glenn, who was the first American to orbit Earth, still relied on Johnson to check the calculations done by the machine.

Johnson retired from NASA in 1986 and by then had contributed profoundly to the Apollo Moon landing and Space Shuttle programs.

Jackson graduated college in 1942 and soon began a career as a math teacher. Teaching was a short career and soon, in 1951, Jackson found herself working at the NACA as a human computer. 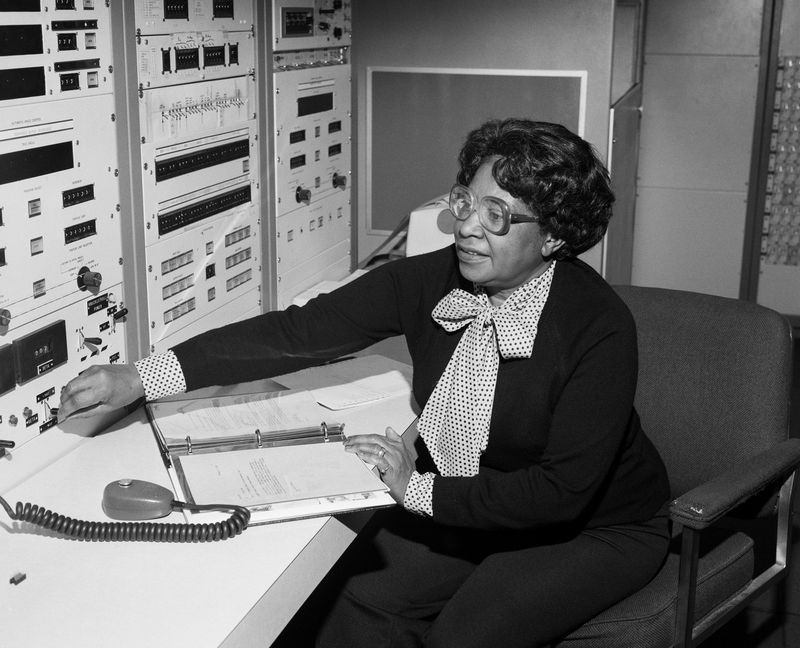 After a couple of years at NACA, Jackson joined engineer Kazimierz Czarnecki at the Supersonic Pressure Tunnel, where the team conducted experiments relating to flight. It is while working with this team that Jackson became the first African American woman engineer in 1958. The road to the promotion was a struggle and required Jackson to fight in order to attend a school that was not open to African Americans in order to complete classes necessary to be promoted to an engineer. Jackson took on the challenge and succeeded.

After years of struggling for promotion, Jackson switched departments and became Langely’s Federal Women’s Program Manager. In this position she was able to hire and train other women to be promoted throughout the organization as mathematicians and engineers.

In 1985 Jackson retired from NASA, but continued to help others find their passion and talent in science and mathematics. In 2005 Mary Jackson passed away. 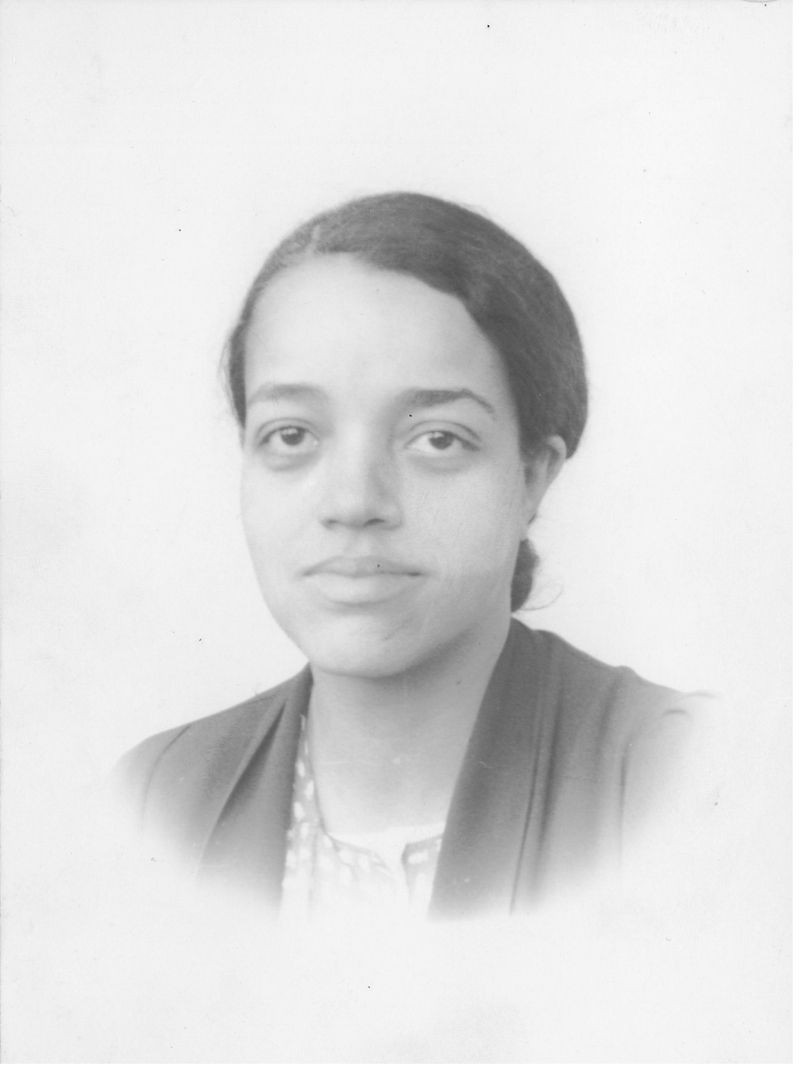 Vaughan’s first career began as a teacher after her college graduation in 1929. Looking for something more in terms of a career, Vaughan was hired by NACA in 1943 during World War II. This was at the height of when NACA used human computers for calculations on various wartime projects.

Eventually demand for human computers decreased and along with it the possibility of job loss for Vaughan and other human computers. Vaughan eventually joined the new Analysis and Computation Division (ACD), which worked with electronic computers. While working at ACD Vaughan became an expert FORTRAN programmer.

Vaughan retired from NASA in 1971. Her contributions to the organization can be seen in the Scout Launch Vehicle Program and in countless other women’s’ careers at NASA who she helped promote. In 2008 Vaughan passed away.

With the Space Race in full momentum, workers of NASA were working as if they were traveling at the speed of light.

Soon electronic—not human—computers took over. And who could say no? These computers were advertised as being reliable, and best of all, fast. 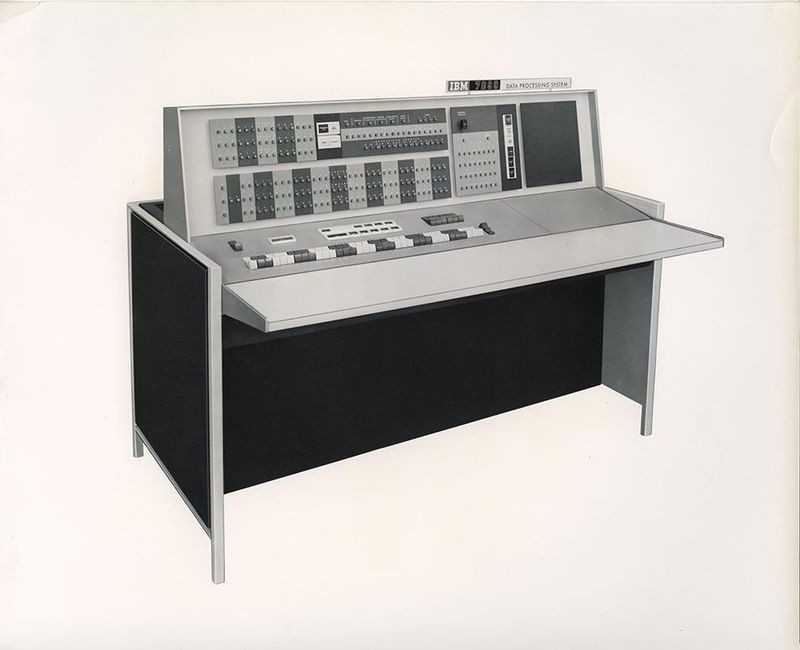 One of these computers, discussed in Hidden Figures, is the IBM 7090. The IBM 7090 was a mainframe computer that was announced in December 1958 and first installed a year later. The IBM 7090 was described as a general-purpose data processing system, but IBM also marketed it as a computer that could easily handle the demands that engineers and scientific research required, like aiding in the design of missiles and jet engines.

With any computer, whether it is in the present or past, speed is also a priority. The IBM 7090 speed was described as “perform[ing] any of the following operations in one second: 229,000 additions or subtractions, 39,500 multiplications, or 32,700 divisions.”

Needed more processing speed? There is an upgrade for that. Companies that had an IBM 7090 could upgrade their system to an IBM 7094, which was compatible with the 7090 system. The 7094 had an increase operating speeds and functional capacities. NASA used a 7094 to control the Mercury and Gemini space flights, which members of Hidden Figures worked on.

With the popularity of the book and movie, Hidden Figures, these inspirational women’s stories are becoming known and serving as great examples of women pioneers in computing history.

These women’s contributions were not just seen in the calculations, but also as they worked together to lift each other up. Vaughan and Jackson both had jobs in which they were in a position to help other women mathematicians grow throughout the NASA organization. They were able to help create more women leaders in a field dominated by men.

They not only worked to promote each other within NASA, these women also worked outside in their communities to inspire a new generation of engineers and scientists. They led field trips with their friends and families to show that math and science were hidden in plain sight in their everyday lives.

And today they continue to inspire people to consider a career as an engineer and other fields in the computing industry. Mary Jackson, Dorothy Vaughan, and Katherine Johnson showed what an engineer, mathematician, and scientist looks like: they look like any person who has a passion for math and science. They showed, and proved, that anyone can be what they wish.

In a time where the odds were against them because of their gender and race, these women soared and beat the odds. Thankfully, soon these women will not be hidden figures anymore.