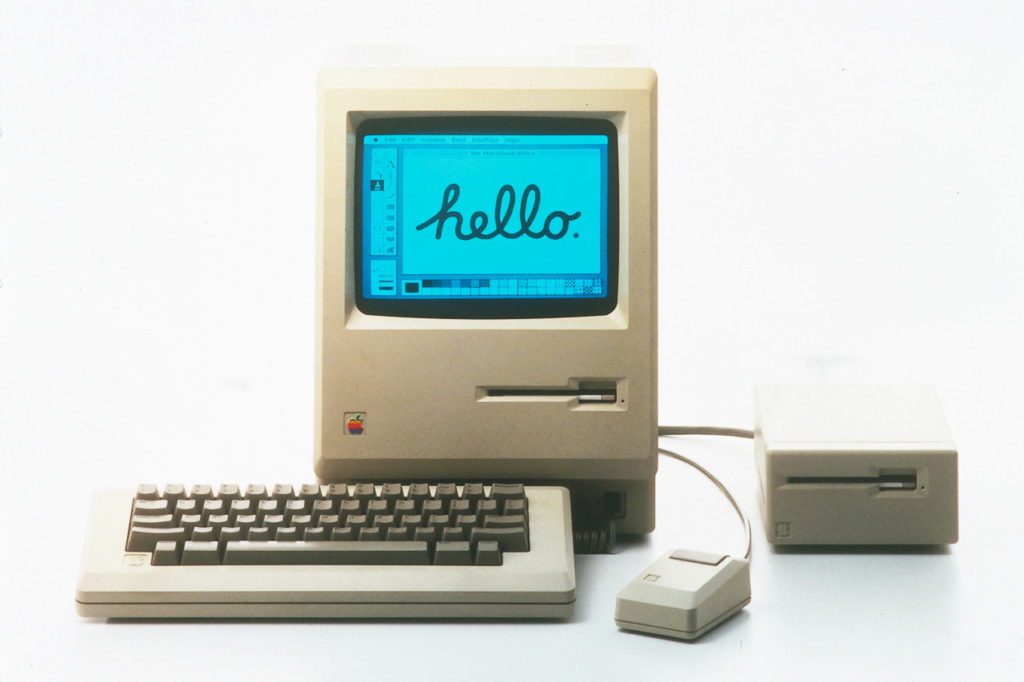 Apple Computer (now known as Apple, Inc.) was a major force in the personal computer revolution that took place in the 1970s and ’80s. Learning about its history teaches us about competing visions of the future and how companies made decisions during this exciting time. The Computer History Museum presents here two special documents from Apple Computer during the early days of personal computing.

The first is the Preliminary Confidential Offering Memorandum—a document supporting a private placement of funds for Apple—an enormous milestone in any company’s history. In Apple’s case, the offering was based on their vision of the Apple II computer (1977) and how it would soon be in homes, schools and offices around the world. The second document is about the very first Macintosh computer (1984) and how it fit in with other Apple and competitor’s products. Both of the rare documents are presented here for the first time. 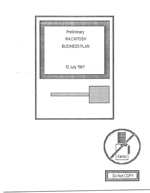 Steve and I get a lot of credit, but Mike Markkula was probably more responsible for our early success, and you never hear about him. 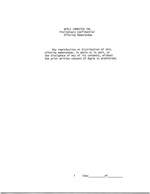 For a business plan written when the hardware was a wire-wrapped board and the software was three demos on a graphics substrate, it was pretty close. 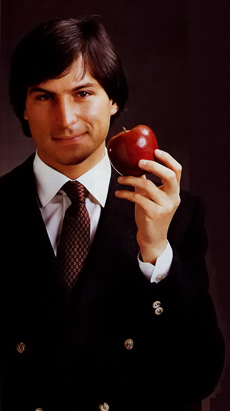 The first document presented here—Preliminary Confidential Offering Memorandum—is a traditional funding plan in which a great deal of market information is combined with a vision for the future. The plan was donated to the Museum by original Apple investor Mike Markkula. Markkula was an “angel” investor (a private individual with money to invest) who had made his fortune as a marketing manager at Fairchild Semiconductor and Intel, retiring at age 32. In 1977, Steve Jobs met with Markkula and convinced him that personal computers were an exciting opportunity. Markkula invested $250,000 in Apple for a one-third stake in the company and served as president from 1981-83. (He also served as chairman from 1985 until 1997, when a new board was formed after Jobs returned to the company).

David Kirsch, a professor of business history at the University of Maryland notes that business plans “are recognized as a transient snapshot of a business idea” and thus have a short life. While this plan may have been a snapshot, however, a mighty corporate tree grew from this particular acorn.

One of the key components of any good business is an objective assessment of potential risk factors. These factors are listed at the start of the document and in Apple’s case list issues such as difficulty in acquiring the expensive and complex case for the Apple II, potential cash flow problems, and the “young and relatively inexperienced” management team. As CHM CEO John Hollar notes the plan also “goes to great lengths to explain why anyone would even want a personal computer (e.g., forecasting eight reasons “that indeed, by 1985, a household using a computer will have significant advantages over one that doesn’t”), and that every single competitor listed is no longer in the PC business.” The plan is exhaustive in its analysis of competitors and in its roadmap for follow-up products, showing how Apple conceived of a computer ecosystem that would bring profits to Apple for many years to come. Apple still does this, for example in the integration of the iPod with the iTunes store.

This document is a seminal source of key information about Apple Computer and the competitive landscape it faced during a critical time in the history of the computer. It was the time of rapid fortunes and equally rapid losses, where the legend of the two high school kids tinkering in a garage becoming multimillionaires was yet to come. Yet the seeds of so much of what would take place in the industry and in the world at large are contained here.

Business plans in Silicon Valley, home to the some of the world’s most innovative and creative companies, tend to come in two varieties: very formal documents hundreds of pages long and surprisingly simple (and often incomplete) documents sometimes only a single page in length. Both types of business plan have the same goal: to convince an investor that their proposed company can make money. Most business plans are a goldmine of information about the company founders and their vision of the future and offer a snapshot of assumptions about marketing, positioning, competition, management and financing that are useful sources of historical information in their own right. 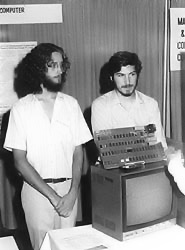 The plan was donated by Apple’s first employee Dan Kottke. Kottke had built and tested the legendary Apple I computer that Wozniak and Jobs had conceived in Jobs garage in 1976. The Apple I’s modest but rapid success lead Jobs to realize that there was potentially a market larger than the technical hobbyists who bought the Apple I and this market is well-explored in the Preliminary Offering Memorandum. Kottke had met Jobs at Reed College in Oregon and the two had gone backpacking in India together. Kottke also worked on the Apple II and Mac projects and so was ‘present at the creation’ of many of Apple’s visionary products and ideas.

The Macintosh project itself started as the idea of early Apple employee Jef Raskin, a human interface expert and strong advocate for easy-to-use computers—which had still to be invented in his view. Raskin foresaw the computer as an appliance, something as common in the home and easy to use as a toaster, and wrote a memo entitled “Computers by the Millions” outlining his vision. Raskin got the go-ahead to assemble a team of young and talented people, whose names appear in the organization chart at the end of the business plan (p. 29). This small group was remarkable for its hard work, vision and ability to work within the confines of Steve Jobs’ occasionally idiosyncratic management style. (In fact, Raskin left Apple in 1981 over such a conflict). 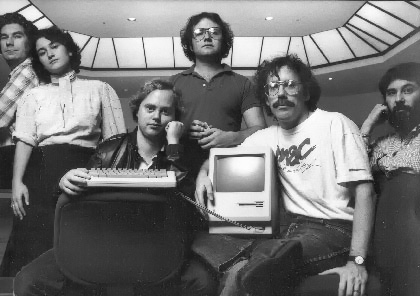 Prototypes of Raskin’s idea had caught the attention of Jobs and realizing that the Macintosh was more marketable than the very expensive Lisa, Jobs began to focus his attention on the project. The Lisa and Macintosh user interfaces were partially influenced by technology Jobs had seen at Xerox PARC and were combined with the Macintosh group’s own ideas. 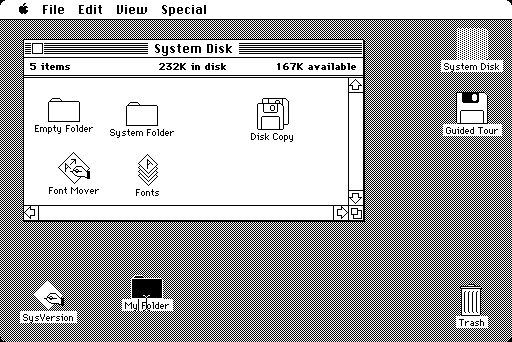 The final product’s screen was a 9-inch, 512×342 pixel monochrome display–exceeding the resolution (384×256) predicted in the business plan (whose smaller display was a non-starter for word processing), and the way a user interacted with it was completely new: no more abstract magical words were required to goad one’s computer into performing useful work. The Macintosh (or “Mac”) used a metaphorical desktop users were already familiar with. When finally announced on January 24, 1984, it advertised itself (using its built-in MacPaint program) as “Insanely Great!” A stunning color 32-page insert in Newsweek began: “Of the 235 million people in America, only a fraction can use a computer… Introducing Macintosh. For the rest of us.”

But at the time the draft business plan was written, this was far into the future. In some important ways, the plan omits what would become fundamental changes to the assumptions on which it was based. Perhaps most important was IBM’s announcement, one month later to the day, of its Personal Computer (PC). The business plan notes the IBM Displaywriter as a competitive issue but the PC would soon present a much more serious threat. One must imagine a new, revised plan would have been drafted relatively soon after this, in keeping with the “snapshot” nature of business plans generally. Financial projections for the Mac’s first year of sales (p. 15 — 563,000 units per year) also turned out to be far off the mark: in 1984, sales were 275,000 and, in fact, never reached projections. And, of course, the Mac was not announced until 1984—two years after the date stated in the plan.

In history, however, context is everything and, looking backwards, the past (especially its mistakes) seems misleadingly clear. Given what Apple had working in its labs, and with the information then available, the story becomes more complex and the decision pathways of the people involved less obvious. Chris Espinosa, who joined Apple at 14 as employee number 8, and was a member of the Macintosh team says: “For a business plan written when the hardware was a wire-wrapped board and the software was three demos on a graphics substrate, it was pretty close.”

Joanna Hoffman, one of the key early Macintosh team members who helped shape the document notes that the purpose of this document was less to attract external financing than to allay fears within Apple that the Mac would cannibalize Lisa sales: “This is a draft, that never actually evolved into a full plan, that Steve [Jobs] put together once Macintosh was about to be granted division status, specifically designed to quell concerns from different quarters of Apple on how the Mac relates to the Apple II or the Lisa. Its focus is actually internal positioning.” It should also be noted that these pages were used during a presentation and so some information, which would have been conveyed orally, is not present.

This plan, then, teaches us about some of the struggles Apple Computer faced in taking the Mac from the germ of an idea and a few rough prototypes to a successful mass-produced product. It also gives us specific market information and costs that are now useful sources of historical market information as viewed by a key industry participant.

We thank Apple, Inc. for granting us permission to release these documents to the public.

We hope you enjoy studying them.