For historians of computing, winning the Computer History Museum Book Prize is a major career milestone. The Prize was endowed in perpetuity in 2012 through a generous bequest from the estate of networking pioneer and 2005 CHM Fellow Paul Baran and consists of a monetary award of $1,000. It is awarded by SIGCIS, the Special Interest Group for Computers, Information and Society, part of the Society for the History of Technology. 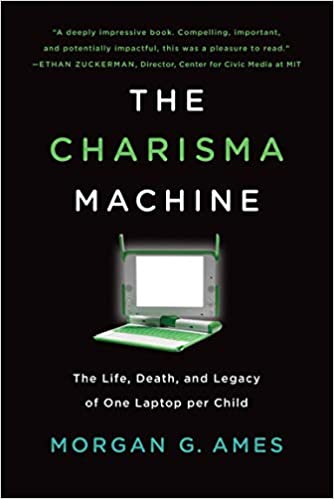 The Charisma Machine: The Life, Death, and Legacy of One Laptop per Child, by Morgan G. Ames (Cambridge: MIT Press, 2019), tells the tale of wanting to bring education to remote parts of the world but not quite getting things right. One Laptop Per Child was meant to be a sturdy cheap computer for the Global South, bringing children in remote villages, for example, into the modern world. The intellectual roots of the notion that computers could be useful to children’s learning connect to Seymour Papert’s work, also at the MIT Media Lab, and with which the OLPC leadership was very familiar.

Yet as Morgan Ames shows throughout and especially in a case study of their use in Paraguay, the project fell short both in the practical aspects of keeping the computer functioning as well as the proper role for a computer in education generally. Some of these shortcomings were basic, such as classrooms not having enough electrical outlets, and the machines were hard to repair, easy to break, and hard to use; but some were more serious: for all the nominal value of the laptop to education, kids often just used them to consume media on the internet.

Announced in 2005 by MIT Media Lab founder Nicholas Negroponte, the OLPC project turned out to be a mixed bag: a "charismatic" (Ames’ carefully chosen word) machine embedding noble intentions with deep misreadings of the intended users as well as spectacular failures of execution. OLPC was designed for “technically precocious boys”—idealized younger versions of the developers themselves.

Therein lies OLPC’s greatest weakness: while it was an impressive effort, enrolling hundreds of volunteer open source programmers, engineers, and teachers, Ames wonders about the ethics of giving such technologists the power to guide education given the long and what should be cautionary history of "techno-solutionism,"— the approach, in this case dressed in ‘charismatic’ clothing and rhetoric, that sees technology as the answer to what are actually social problems.

Learn more about the author. 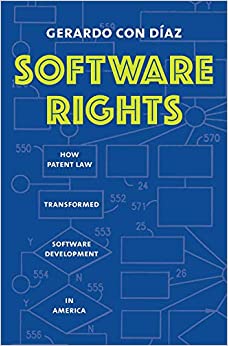 Software Rights: How Patent Law Transformed Software Development in America, by Gerardo Con Diaz (New Haven: Yale University Press, 2019), is a landmark study. A UC Davis historian, Con Diaz dissects how the legal, institutional, and corporate frameworks of American business, beginning in mid-20th century America, were the backdrop against which battles over the patenting of computer software took place. These battles fostered a type of dynamic stability, in which firms competed via patent holdings, thus making the patent system a source of intellectual property (IP) protection for software as well. As events over the past few years have shown, software patents are now the prime method by which firms negotiate who is allowed to profit from what features and affordances of their software.

In the early 1960s, as "automation" (computers) began to transform Western societies, entrenched hardware vendors such as IBM and others fought aggressively to prevent software patents, fearing they would give potential small upstart competitors an outside advantage, one that could challenge their own dominance. Since IBM bundled its software (i.e., included it with the hardware it sold), it didn’t see as much value in protecting it as in fighting off such potential small competitors. Secondly, the US Patent Office feared the issue of software patenting would overwhelm it, and so it took a wary approach initially as well.

Diaz’ book is complex—as is its topic—but beautifully written and covers such a grand sweep of computing history (from IBM’s System/360 to Apple-1 to current Amazon patents) that it will become a classic in computing history and remain relevant for years to come. For anyone interested in software, its history, and its role in our world, this book provides a new lens with which to view how the often-ferocious battles over seemingly small technical details play out on the agonistic field of patents and patent law. 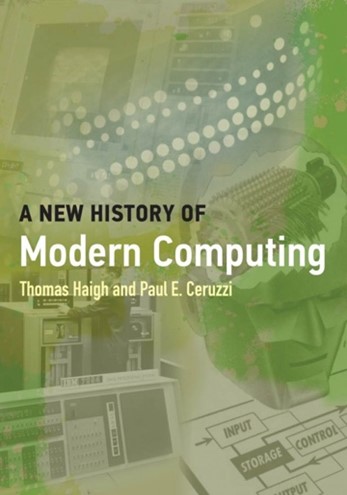 A New History of Modern Computing by Thomas Haigh and Paul Ceruzzi (Cambridge: MIT Press, 2021) is an updated version of Ceruzzi’s classic. It's a great introduction to the large currents and seminal events in the dramatic technology pageant which is computing history. If you or someone you know would like a gentle introduction to the field, this is the book. From ENIAC to the Tesla Model-S, the way computers have been invented, funded, and ‘released into the wild’ into nearly everyone’s hands is unique in human history and will keep many a reader fascinated by the fireplace this winter.