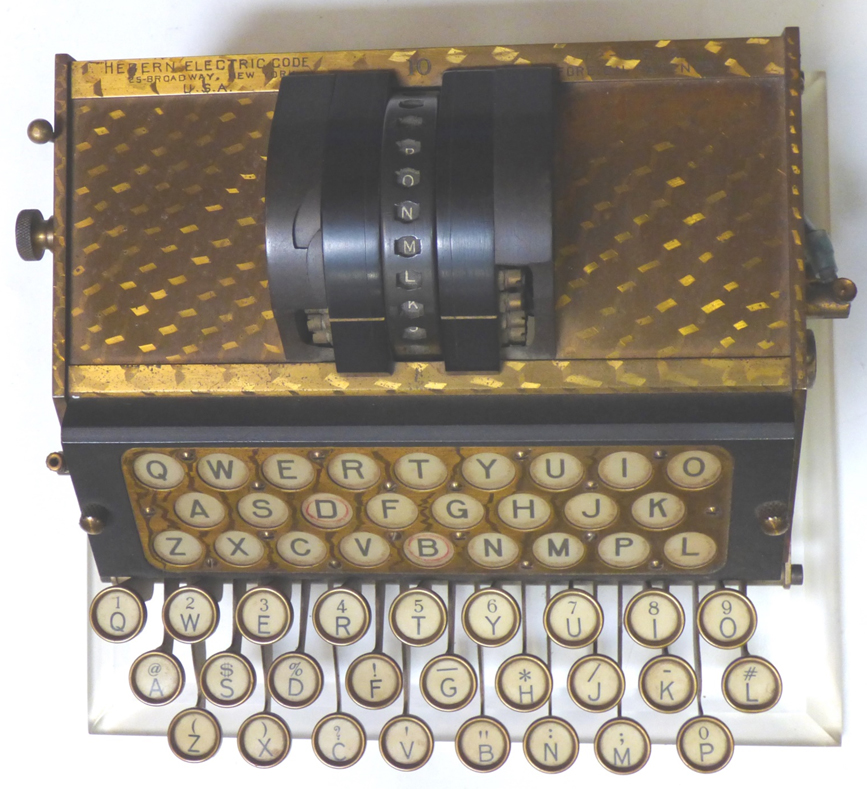 The Hebern Rotor Machine, one of only 12 known to exist! Collection of the Computer History Museum, 102743692.

The Hebern Rotor Machine was a major innovative leap in cipher technology and was also the first time electrical circuitry was used in a cipher device. Despite its failure to gain market acceptance, it had far-reaching historical significance in World War II and beyond. Unfortunately, its enigmatic inventor, Edward Hebern, would never be recognized or rewarded in his lifetime.

In 1908 Edward Hebern was in jail for stealing a horse. He claims this gave him time to come up with several cipher-related inventions, which he patented, starting in 1912. In 1917 he came up with the idea to have an electric rotor scramble the alphabet and made his first prototype. In 1918 and 1919, three other inventors in Europe devised the same idea, including Arthur Scherbius, inventor of the infamous German ENIGMA machine, which you can also see at the Computer History Museum (CHM).

The timing of this shift to electric rotors was significant, because this was during World War I and the need for an easy-to-use cipher device during wartime had been obvious for centuries. WWI was the first major war in which the radio, a new invention at the time, played such an important role. The radio changed modern warfare by enabling commanders to deliver immediate communications to their troops, but this also meant that all communications were intercepted by the enemy. Every nation involved in WWI was appalled to find that their ciphers were easily “read” by the enemy. The antiquated, manual cipher methods of WWI would no longer work.

The Hebern cipher machine looks like a small typewriter with 26 letters that light up, instead of printing on paper. The rotor is on top of the machine and scrambles the electrical signal between the letters of the keyboard and the light panel. When each letter is typed, the rotor will rotate one space giving a new scrambling sequence. This scrambling sequence repeats after 26 letters of the message, so this was a relatively weak cipher, but equivalent to the types of ciphers in use at the time.

To decipher a message, the rotor is taken out of the machine and put in backward. The encrypted message is then typed in and the characters of the plaintext message appear on the light panel. This made the Hebern a machine cipher rather than a manual cipher, which was also user-friendly and not prone to human error. Later, Hebern would introduce three-rotor and five-rotor cipher variants, greatly increasing the strength of the cipher, while keeping the ease-of-use features.

The rotors inside a Hebern machine.

CHM’s Hebern machine is the very first version, the one-rotor device, and has a serial number of 10. Today there are only 12 known Hebern machines in existence, five of which have the single rotor, one has three rotors, and the last six have five rotors.

Edward Hebern had high aspirations for his invention and was also a skilled marketing promoter. By 1921, he incorporated the Hebern Electric Code Company, selling $1 million in shares. He built a beautiful and extravagant Gothic-inspired factory in Oakland, California, for $386,000, designed for 1,500 employees. 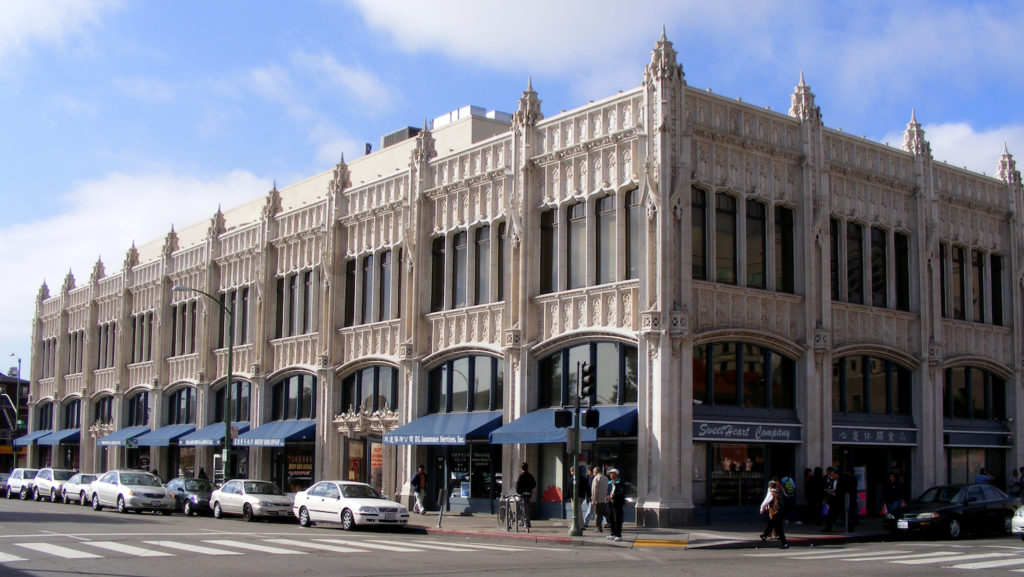 Unfortunately, Hebern was better at marketing his idea and his company than his invention. Just like Arthur Scherbius and the ENIGMA machine, Hebern initially had few commercial companies interested in his new invention. In 1925 he sold a small number of of his five-rotor devices to the US Army and Navy for them to evaluate. The Navy went on to purchase 36 more over the next six years and tried to convince the Army to use the same machines so they could exchange messages. What happens next is a story of intrigue and espionage worthy of a spy thriller.

The US Army never purchased any more Hebern machines and, in fact, blackballed these devices for use by the US military. The reason is that legendary US cryptanalyst, William F. Friedman, successfully broke the five-rotor Hebern code machine! The rotors of this machine happened to rotate in “odometer” fashion—just like the ENIGMA machine. This motion was exploited by Friedman to break the Hebern machine; but the US military chose not to tell Hebern, so they could use this secretive knowledge to break similar machines, like the ENIGMA.

Hebern never knew why his machine was not adopted by the US military and would end up selling fewer than 100 of them. His factory never got into full production, and Hebern ended up back in jail for defrauding his investors.

Meanwhile, with the knowledge gained from breaking the Hebern machine, Friedman with Frank Rowlett invented an electric rotor cipher machine that would have irregular rotor movements, called the SIGABA. This machine used 10 rotors to scramble the alphabet with another 5 to cause irregular stepping of the 10 rotors. This was used for high-level messages in WWII and was never broken by the enemy. No doubt, if Hebern knew of his machine’s vulnerability, he could have designed a device like the SIGABA, but then the enemy would also be in on the secret. Keeping this secret in the mid-1920s allowed the US to have a secure cipher during WWII and to go on to exploit other cipher devices, like the ENIGMA machine, for many decades.

Friedman and Rowlett would also gain fame for breaking the Japanese PURPLE cipher just before WWII, never having the advantage of seeing the machine or speaking Japanese. Friedman would also go on to further cryptologic intrigue by travelling to Switzerland in the 1950s to make a deal with Crypto AG for the US to have access to the secrets of their cipher machine, in use by over 100 nations and exploited by the US for the next four and a half decades.

Hebern, despite his genius and marketing prowess, never received the recognition he deserved for his brilliant invention, which was the catalyst for secure US communications during WWII, and enabled the US to understand the weakness of other cipher devices using regular rotor movements. It was only because of Friedman’s breaking of the Hebern machine that it was not adopted by the US military. Luckily for the US and Allies, Germany did not have someone of Friedman’s capabilities to understand this weakness in its own ENIGMA machine.

Explore the story of Bletchley Park, Colossus, and ENIGMA in our permanent exhibition, Revolution: The First 2000 Years of Computing.

Ralph Simpson worked in the computer industry for 32 years, at IBM and Cisco Systems. He is now retired and volunteers at a local history museum. He wrote a book on cipher history called, Crypto Wars: 2000 Years of Cipher Evolution. He is also an avid collector of cipher machines, which you can see on his website, CipherHistory.com.