Pat didn’t see technology or his business as isolated from his community and humanity. This was his unique gift—he served as an inspiring role model for me and other entrepreneurs looking for ways to give back to society. He viewed technology in terms of how it could make the world a better place and traveled throughout the world looking for insight and inspiration to feed this passion.

When Pat was growing up in Philadelphia, one of the volumes he checked out of the library was Giant Brains, or Machines That Think by a prescient scientist named Edmund Callis Berkeley. “It was about the concept that these new computers were going to amplify the power of the human brain,” he remembered decades later. That was heady stuff for a teenager who was in love with learning. He credited it with sparking the fascination with computers and the brain that would lead to his life’s work and legacy.

Pat founded and built International Data Group (IDG) into a global publishing empire, including Computerworld, Infoworld, PC World, Macworld, and the Dummies series. Eventually, IDG reached 90 countries with 300 print publications, 450 websites, 750 events, and 500 research programs. Expanding beyond boundaries, he pioneered venture capital investing in China and established with his wife Lore Harp McGovern the McGovern Institute for Brain Research at MIT. Symbolized by his flying 250,000 miles a year to meet people from IDG staff to government leaders in their own locale, Pat exemplified an uncommon vision and passion for building a better future for the lives of individuals and humanity around the world.

In 1982, when the first incarnation of CHM was established in Boston as a public non-profit called The Computer Museum, Pat McGovern was an original member of the 18-person board, alongside museum cofounders Gordon and Gwen Bell and other IT pioneers, such as Bob Noyce, inventor of the IC and Intel cofounder. Pat was a generous supporter and active participant in Museum programs. 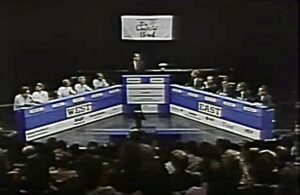 For example, Pat was the captain of the East Coast team in the second annual Computer Bowl hosted by the Computer Museum in Boston in 1990. The computer trivia contest pitted the East Coast against the West Coast, and Pat’s team included Bob Frankston, William Foster, Edward Friedkin, Russell Planjizer. The West Coast team was made up of John Doerr, Bill Gates, Stewart Alsop, Chuck House, and Larry Tesler. Mitch Kapor was the guest questioner and the host was Stewart Cheifet. (Watch videos of the competition: Part I, and Part II.)

In the four decades since the Computer Bowl, CHM has grown to become the leading museum exploring the computing past, digital present, and future impact of technology on humanity. CHM decodes technology for everyone to shape a better future. From the heart of Silicon Valley, we share insights gleaned from our research, our events, and our incomparable collection of computing artifacts and oral histories to convene, inform, and inspire people to build a better world. (See computerhistory.org)

Pat McGovern in the Archives 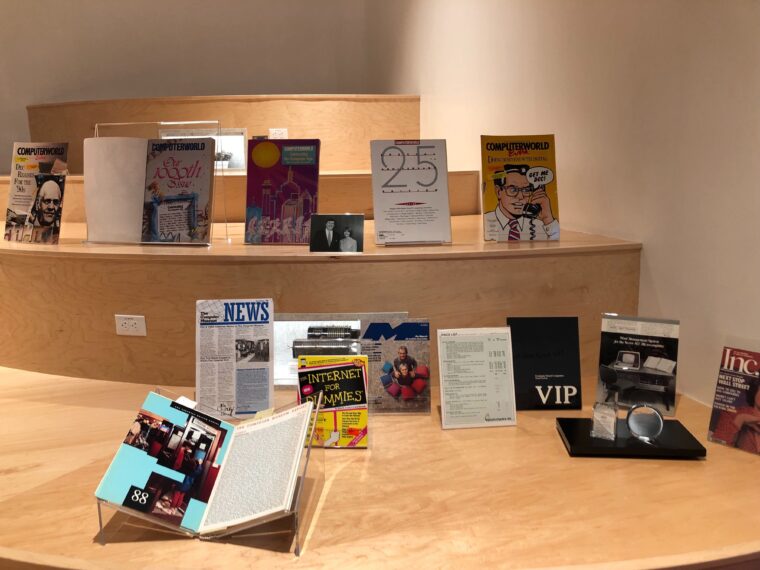 Artifacts of a Pioneering Life

The Computer History Museum’s permanent collection boasts a number of artifacts related to Pat McGovern’s pioneering career in technology publishing and his association with the Museum from its earliest days. 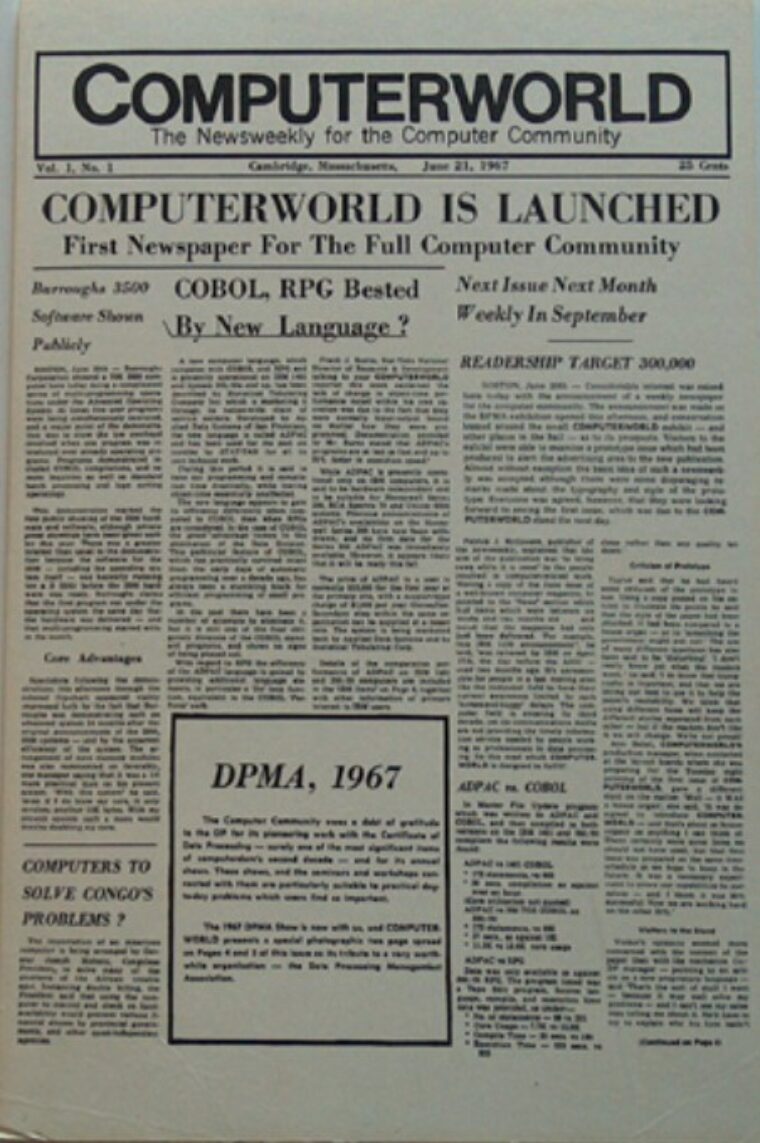 Aimed at IT and business technology professionals, IDG’s Computerworld began as a printed weekly during the 1970s and into the 1980s, when it was the leading trade publication in the industry. This is a black and white reproduction of the first issue dated June 21, 1967. See the catalog entry. 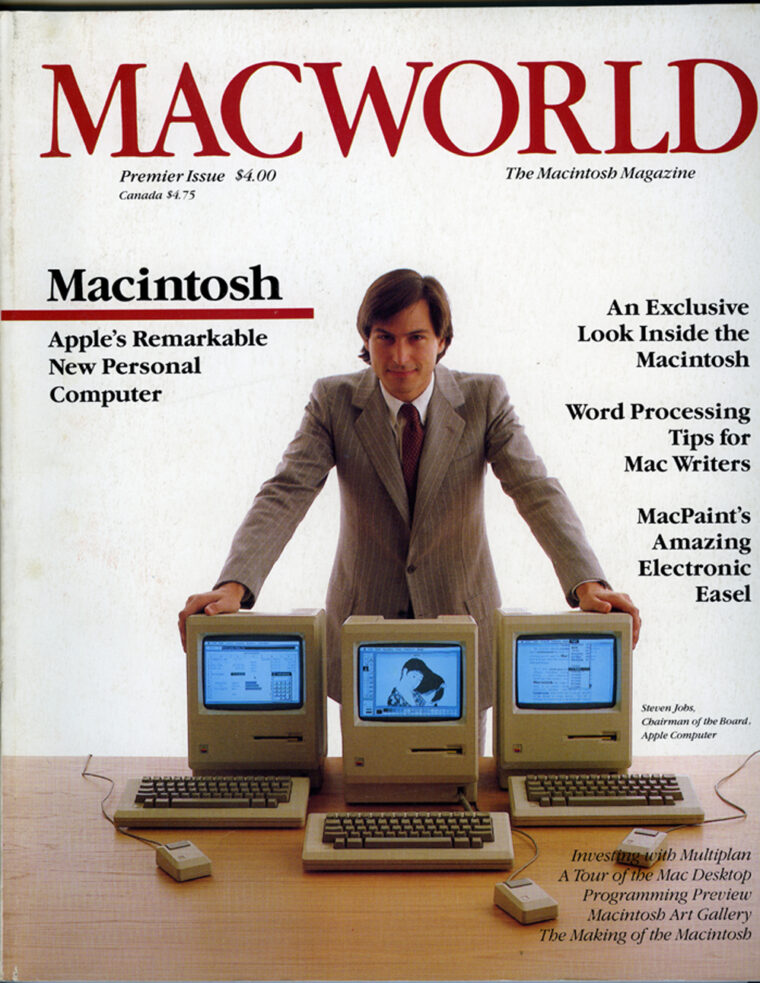 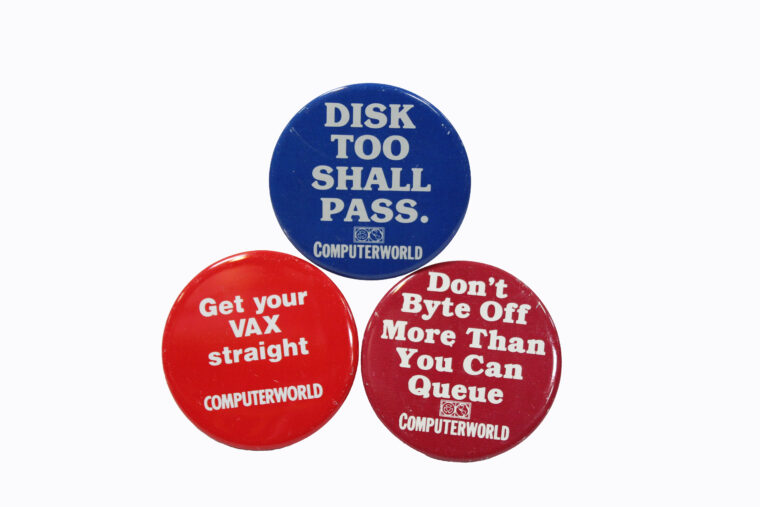 CHM’s collection includes a variety of ephemera related to Computerworld, like these buttons from the 1980s with their clever slogans. 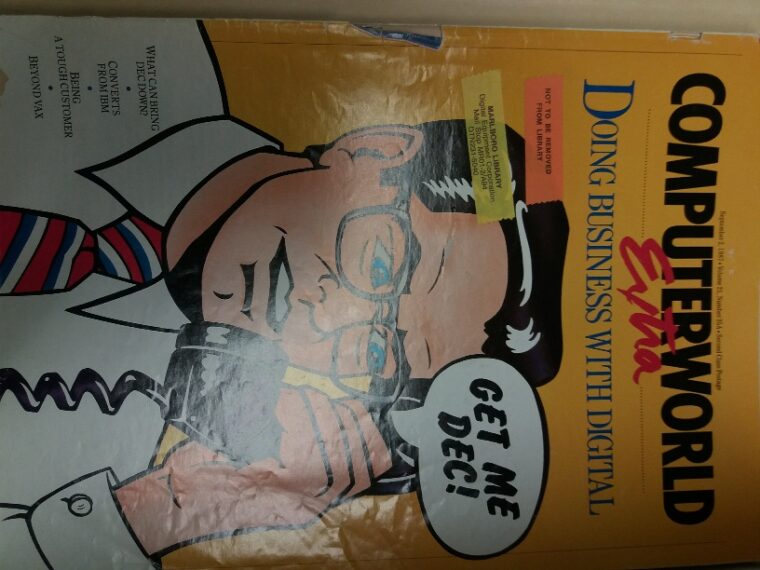 This issue of Computerworld from September 1987, features Digital Equipment Corporation, a giant of the industry second only to IBM at one time. DEC cofounder Gordon Bell also founded the first incarnation of the Museum, and this magazine comes from the DEC collection. See the catalog entry. 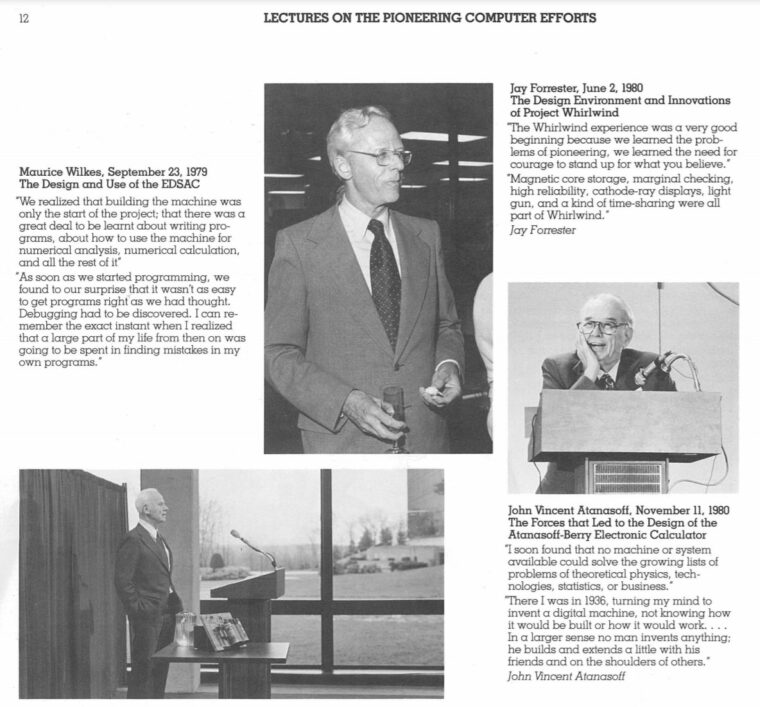 Pat  McGovern served on the board of directors of the Computer Museum in Boston, the precursor to the Computer History Museum. In the early days, the new staff and board focused on establishing the organization and expanding the collection to ensure that transformative computing technology did not end up in the dustbin of history. They also invited pioneering innovators to speak at museum events. See the museum’s reports. 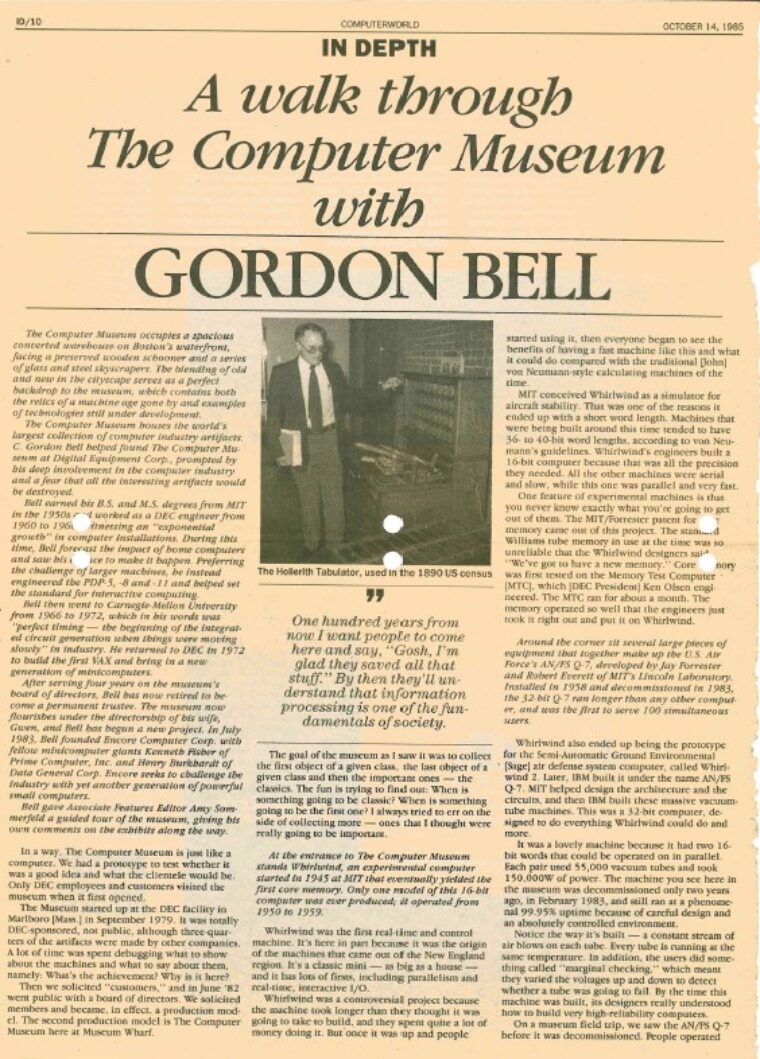 A Walk Through the Computer Museum, 1985

Computerworld published an article on CHM’s predecessor, The Computer Museum, and cofounder Gordon Bell in October 1985. See the catalog entry. 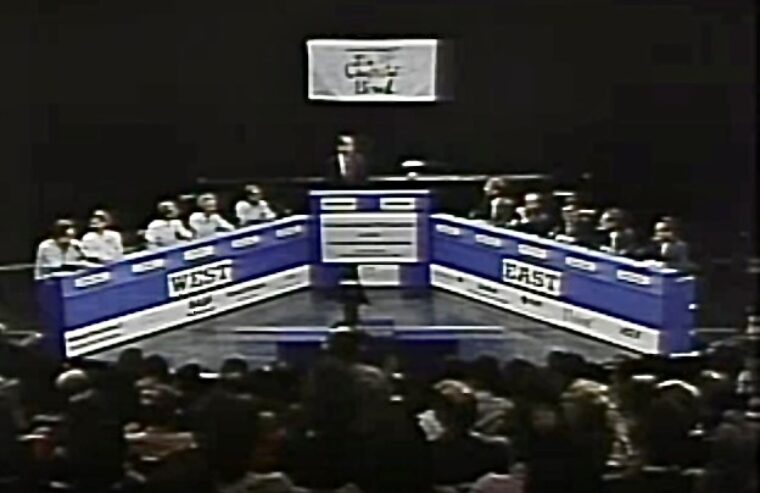 Hosted by the Computer Museum in Boston, the second annual Computer Bowl computer trivia competition pitted the East Coast against the West Coast to determine the Master of Computer Trivia. Pat McGovern was the captain of the the East Coast team, which included Bob Frankston, William Foster, Edward Friedkin, Russell Planjizer. The West Coast team was made up of John Doerr, Bill Gates, Stewart Alsop, Charles House, and Lawrence Tesler. Mitchell Kapor was the guest questioner and the host was Stewart Cheifet. Watch Part I, and Part II. 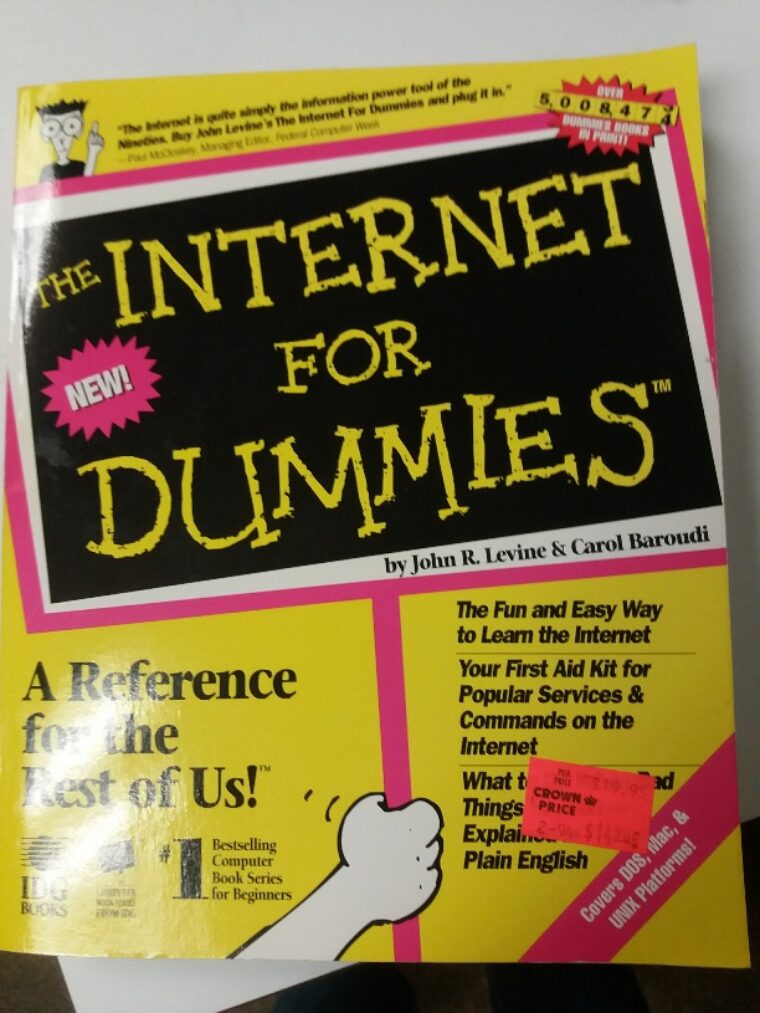 IDG Books, spun off from IDG, published the popular “…For Dummies” series. It was originally limited to computer-related fields, but later expanded to include a wide variety of topics. See the catalog entry. 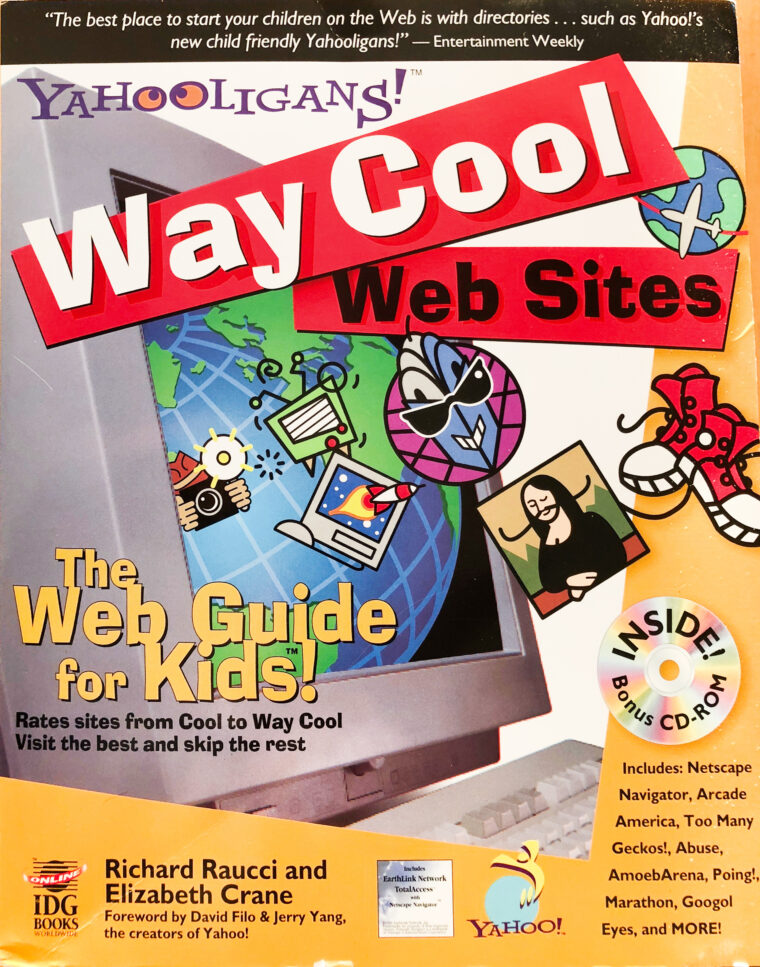 Published by IDG books, this guide to “cool” websites was donated to CHM by Yahoo! cofounder Jerry Yang. See the catalog entry.

What the prize is all about

What you need to know