Beckman, Shockley and the 60th Anniversary of the Birth of Silicon Valley

Sixty years ago, on February 14, 1956, two remarkable people addressed a luncheon for scientists, educators and the press at San Francisco’s Hotel St. Francis. One of the speakers would become one of the most successful businessmen and respected philanthropists of his generation. The other would go on to win a Nobel Prize, yet die in infamy.

In later years similar announcements of a technology start-up would become a routine occurrence accompanied by increasing degrees of hype and promise of changing the world. None would have the same lasting impact on the fortunes of the future Silicon Valley and beyond as Dr. Arnold Beckman’s disclosure of an agreement signed the previous day for “the establishment in the Stanford community of the Shockley Semiconductor Laboratory to develop and produce transistors and other semiconductor devices.” [1]

The founder-president of Beckman Instruments noted that “Headed by Dr. William Shockley, inventor of the junction transistor, the nucleus of the rapidly expanding research team consists of … experts in the field of semiconductors, the basic material of transistors which are revolutionizing the electronics field by replacing the vacuum tube.” Beckman had agreed to fund Shockley’s work believing that access to improved silicon transistors would benefit his company’s foray into electronics for automation. 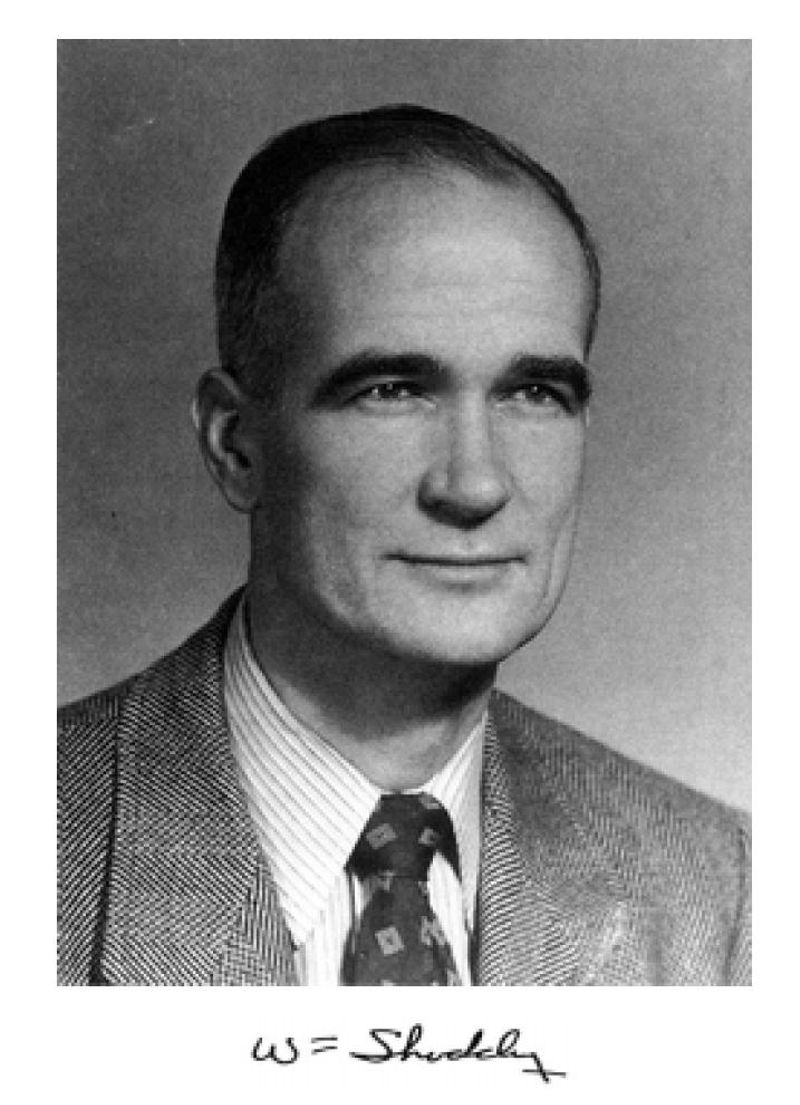 William B. Shockley (circa 1950) and his distinctive “W = Shockley” signature. Courtesy: National Academy of Sciences

Born in London, England to American parents, William Bradford Shockley spent his youth in an 1889 Craftsman-style house at 959 Waverley Street, Palo Alto, just yards from the famed Hewlett-Packard garage. A precocious child, he was described as “ill-tempered, spoiled, almost uncontrollable, who made his doting parents’ lives miserable. “ [2] He earned a bachelor’s degree at the California Institute of Technology and a Ph.D. in theoretical physics from the Massachusetts Institute of Technology. At Bell Telephone Laboratories he performed research in solid-state materials and served in a Naval Operations Research role during World War II.

In 1945 Shockley returned to Bell Labs to manage a group in Murray Hill, New Jersey seeking a semiconductor replacement for the vacuum tube. Under his direction, John Bardeen and Walter H. Brattain demonstrated a germanium point-contact transistor in 1947. Disappointed at not being more closely identified with their success and recognizing that its fragile mechanical configuration would be difficult to manufacture in high volume, Shockley worked in secret to invent a more reliable and reproducible device, the junction transistor, in January 1948. All three scientists received the 1956 Nobel Prize in Physics “for their researches on semiconductors and their discovery of the transistor effect.” 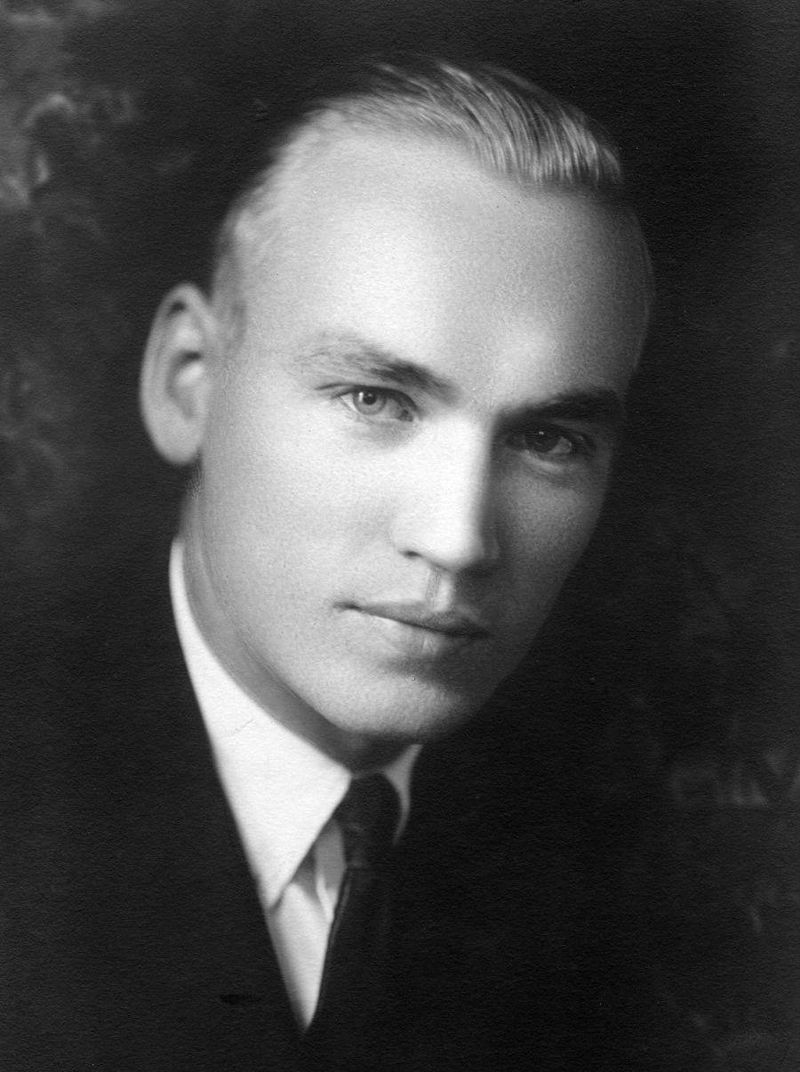 Born in Cullom, Illinois, Arnold Orville Beckman received degrees in chemistry and chemical engineering from the University of Illinois and a doctorate in chemistry from California Institute of Technology in 1928. While a professor at Caltech, he developed an electronic pH meter to measure acidity in lemons and in 1935 founded National Technologies Laboratories in Pasadena, California to manufacture the device for general purpose applications.

In 1940 Beckman designed a low-cost spectrophotometer that has been called the “Model T of laboratory instruments”. Nobel laureate Bruce Merrifield hailed it as “probably the most important instrument ever developed towards the advancement of bioscience.” [3] Renamed Beckman Instruments, Inc., in the early 1950s the firm emerged as an important supplier of a wide range of medical and research instruments and a significant producer of electronic analog computers for industrial automation. The company also developed systems to measure the components of smog in Southern California and Beckman became widely recognized for his role in encouraging the collaboration of science, technology, industry, and education to tackle the problem.

“A glimmer of the financial possibilities”

By 1954 Shockley’s junction transistor had become the mainstay of the young industry, diffusion processing techniques were raising device performance and predictability, and the first silicon transistors had appeared at Bell Labs and Texas Instruments (TI). Compared to germanium, silicon promised improved operation in harsh industrial and military environments but was more difficult to manufacture. By this time, “perhaps more than almost anyone else in the world” Shockley understood the impact transistors could have on the future and “began to get a glimmer of the financial possibilities,” [4] but was frustrated at his stagnating career outlook. “Shockley’s over-bearing competitiveness and ham-handed approach to managing people” [5] had generated serious issues with his peers and limited his promotion prospects.

Exploring alternative opportunities Shockley took a leave of absence as a visiting professor at Caltech followed by a year in Washington as a deputy director at the Pentagon. In June 1955 he wrote to Emmy Lanning, who would become his second wife, “Think I shall try to raise some capital and start on my own.” [6] With encouragement from his bosses at Bell, he pursued financial backing from the Rockefeller family and several corporations, including TI and Raytheon the largest transistor manufacturer of the era.

Shockley contacted Beckman who he knew as a fellow graduate and teacher at Caltech and who he had talked with earlier in the year about an idea for an “electronic eye.” They met in the Los Angeles area in September and agreed “to engage promptly and vigorously in activities related to semi-conductors. The initial project contemplated is the development of automatic means for production of diffused-base transistors.” [7] Although Beckman preferred that the activity be based near his Fullerton headquarters, with the support of the provost and dean of engineering of Stanford University Frederick Terman, Shockley persuaded his benefactor to establish their venture in the Santa Clara Valley.

Putting the silicon in Silicon Valley

Shockley spent the next 6 months developing his new organization. Starting from a rented Palo Alto storefront, early in 1956 he moved into a Quonset-style, former apricot packing shed at 391 San Antonio Road, Mountain View. Unsuccessful in his attempts to recruit experienced Bell Labs personnel, he sought young researchers with “hot minds” in chemistry, physics, and engineering disciplines related to semiconductors. In meeting his commitment to build “the most creative team in the world for developing and producing transistors”, [8] this was the most fruitful aspect of Shockley’s entrepreneurial career. Early hires included Gordon Moore and Robert Noyce, future founders of Intel, Jean Hoerni, inventor of the fundamental manufacturing process that continues to enable the semiconductor industry today, and Eugene Kleiner, a leading early venture capitalist. 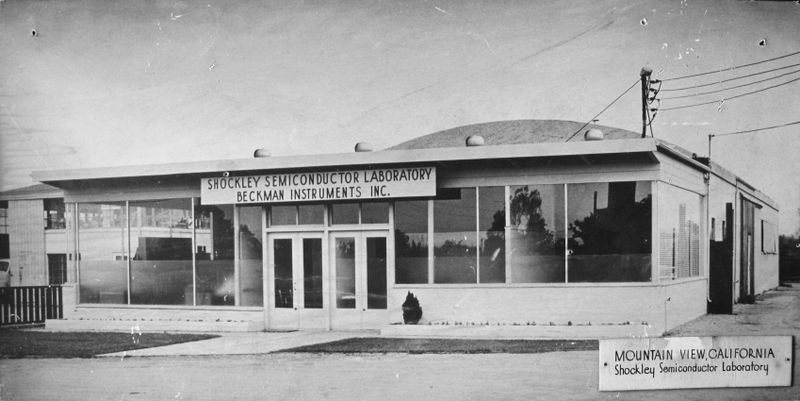 The group began the process of preparing the facility and designing, fabricating and debugging equipment, including hand-crafted crystal growers and diffusion furnaces. While teaching them how to grow pure crystals and diffuse basic P-N junctions, Shockley trained a cadre of engineers and technicians in the art and science of working with silicon. In Gordon Moore’s words he “put the silicon in Silicon Valley.” [9] But rather than the improved transistors he had promised Beckman, he focused on a complex four-layer diode, a precursor to the integrated circuit that could replace several components. [10] He also pursued research in areas that were unrelated to his stated goal, such as a fundamental analysis of solar cell energy production with Hans Queisser. [11] 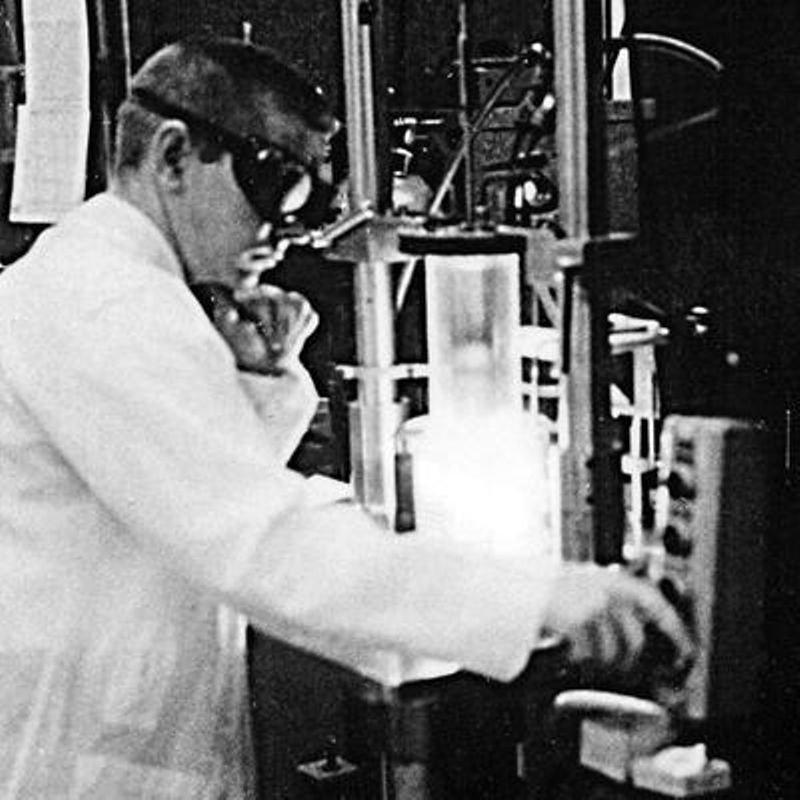 Shockley’s confrontational management style and frequent changes in direction delayed the development of revenue generating products and triggered a confrontation with key employees. The story of their mutiny, Beckman’s failed intervention, and their exit in 1957 to found the fabulously successful Fairchild Semiconductor based on Shockley’s original plan is the stuff of Silicon Valley legend. The story has been told in numerous books and movies, notably Crystal Fire, The Man Behind the Microchip, and the PBS video American Experience: Silicon Valley.

The company never made a profit and Beckman sold the operation at a substantial loss in 1960. Shockley became a full time professor at Stanford where he alienated the community with his well meaning but socially unacceptable theories of race, intelligence, and eugenics. One of the most highly revered scientists of his era; he died as a public pariah in 1989. Beckman Instruments recovered from the setback and thrived in the market for sophisticated instruments and electronics. On retirement, Arnold Beckman became active as a philanthropist and humanitarian with a focus on science and education. He died at age 104 in 2004. 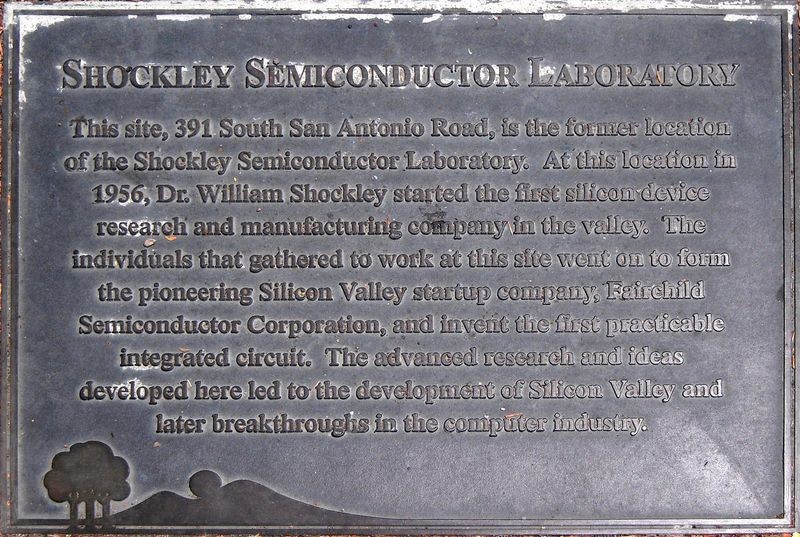 The silicon-based semiconductor industry of the Santa Clara Valley that emerged from the press conference on Saint Valentine’s Day in 1956 boomed over the following decade. The nickname Silicon Valley came into popular use in 1971. [12] The former packing-shed laboratory housed a succession of tenants, including a stereo store and a produce market, before being razed in 2015 to make way for a multi-use commercial development. When completed, The Village at San Antonio Center will incorporate a City of Mountain View historical marker championed by Shockley alumni in 1998, together with an IEEE Milestone plaque and artwork in a Technology Plaza to commemorate the site as the place that gave birth to the silicon in Silicon Valley.